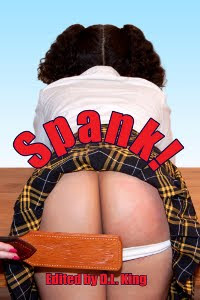 I just received the second season of “Being Human” from Netflix. And I have to pay the monthly fee, whether I watch six discs or no discs. And it’s “Being Human!” I’m just saying…

I just started working on my latest novel again. It had been languishing in obscurity for months and months. What the hell is my excuse there?

Actually, I have this really awesome excuse. It’s from a long time ago, way back when I was in college. It’s kind of a long story—but I guess you have time. You’re probably procrastinating, anyway, and reading this will be a good excuse.

See, I came down with mononucleosis my sophomore year in college. I managed a couple of credits that semester, but I really needed to take summer classes if I wanted to graduate in four years. So I went to the University of Texas at Austin because I could get state resident tuition (Yeah, now you know I originally came from Texas—but it was in another life.). Here’s another revelation, if anyone cares: my major was media studies with a concentration in photography.

I had a grad student, photographer friend who helped me navigate the classes and registration and I signed up for something I can no longer remember, as well as an independent study in photography. I had to submit a portfolio to get in and the professor completely intimidated me. It was clear he didn’t think I would be worthy of his tutelage and told me to leave my portfolio and come back for it later that afternoon, when he would give me his verdict—read, “no way in hell.”

I decided I didn’t want his tutelage, anyway, and my friend found me this cool film crew gig on a grad student film production in exchange for credit. Perfect! Now all I had to do was go back to the scary prof’s office, tell him thanks, but not to worry as I found another class, and retrieve my portfolio.

So I showed up at 4:00, prepared to tell him just that, and he steamrolled over me with what I’d have to do as an independent study student, how he never took on underclassmen, but he’d make an exception (I’ve always been brilliant at anything I attempted—what can I say? That’s why I make the BIG bucks…), what my first assignment was (shooting the capitol), when it was due (work prints in three days) and how there were no excuses—the only possible excuse being death. I couldn’t get a word in edgewise and this was long ago and far away, before I’d become the big, bad domme that I am today. He had me completely intimidated and, worst of all, it was now too late to get out of the study and register for a different one!

I got a friend of mine to drive me to the capitol and drop me off with my camera and about six rolls of film (yes, this was back before digital photography). On the way, I got stung by some ants that were in her car. And when I say, ‘stung,’ I mean STUNG. It really hurt. I got stung twice on my foot and once on my hand when I tried to brush the ants off my foot and then I got dropped off in front of the Texas State Capitol building with blisters forming on the sting sites.

I spent about four hours shooting, during which time I opened the back of the camera a number of times to make sure I had film in it, shot with very small apertures in conditions that had far too little light and very wide apertures in conditions that had far too much light (Not a photographer? Sort it out from the context.) and finally managed to get on a shuttle bus to my apartment.

I was wearing flip-flops and by the time I got on the bus, my foot was the size of a small melon, as was my hand. The ants had been fire ants. I’m allergic to fire ants (yet another little known piece of information about me). I called my photographer friend and begged him to come over and develop my film because I couldn’t do it myself. (Yep, I was still delirious from the stings.) He took me to Health Services where the doctor told me that if I got stung again, I’d probably die. I asked him when the swelling would go down and he said about two weeks. Two weeks? I needed work prints in two days!

So, my friend developed my film and I managed to make the contact sheets (on a completely bizarre note, the pics were actually really good) and I appeared in the prof’s office at the appointed time, with my hands behind my back, and told him the story, then showed him my hand.

He said it was the best excuse he’d heard during his entire career. (He loved the contacts and told me to print when I could, not to worry about it. Turned out to be one of the best teachers I ever had.)

What does it have to do with my latest novel languishing, un-worked on forever? Not a damn thing, unfortunately. But, like I said, I’ve started working on it again. So we’re good, right?

***
D L King is a celebrated author and anthologist whose works include The Melinoe Project and Spank. To find out more about D L King's writing, please visit: