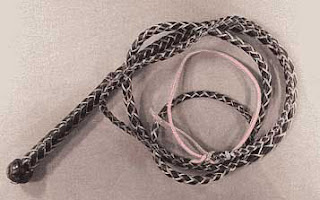 Yeah, I know, I write some pretty wild stuff, stuff that often involves picking up boys in bars and having my way with them. Well, not my way, exactly – my character’s way. And, if I’m – I mean my character’s – not picking them up in bars, she’s having her way with her husband, her friend’s husband, her boyfriends, or total strangers… whatever. She’s usually tying them up or anally penetrating them. (I used that terminology, of course, because I don’t know whether I can say fucking them in the ass on Oh Get a Grip. I guess we’ll find out.) She’s spanking them or whipping them or piercing them or, on occasion, humiliating them. Best just to say she’s subjecting them to anything and everything her little heart desires.

A long time ago, when I first thought about writing, people said “Write what you know.” The problem was, I didn’t actually know anything interesting – so I didn’t write. I read a lot. Science fiction, speculative fiction and horror, mostly, but I never put two and two together to form the thought that those writers probably hadn’t been to planets light years away. They didn’t personally know those alien races and they probably hadn’t interviewed any vampires or watched world-ending plagues play out.

What I’m saying is writing can be anywhere from zero to 90% imagination. I say 90% because at least some of it has to have a basis in reality. I do write what I know – mixed in with what I imagine. Here’s the thing: I’ve never picked up a guy in a bar.

But I do know a lot about bars. I spent a lot of time working as a cocktail waitress and as a bartender. Now I just spend a lot of time hanging around in them.

I never participated in a research project dealing with male – or female, for that matter – sexual stimulation and response. I have, however, headed up several other research projects of a decidedly more boring nature. That sexual response research would be fun, though, wouldn’t it?

Looking back on my life, I think I blew my best years. My twenties and thirties weren’t spent in a sexual frenzy; you wouldn’t need your toes to count up my conquests. (You have to remember, we’re talking pre-AIDS here and I was on the pill.) Now, my college roommate, that was another story. I used to make lists – on multiple sheets of paper. I’m just sayin’…

I became expert with a eight-foot bullwhip when I was thirteen. I used to practice in the front yard. I didn’t think it was the least bit strange or inappropriate. And you gotta hand it to my parents; I don’t remember them once saying, “Hey, why don’t you practice that in the backyard.” I’m just sayin’…

When I was in high school, I dated a twenty-six year old biker. I was still a virgin. He was shocked when I told him. He didn’t believe me. I guess I didn’t present as a virgin. He was an extremely nice guy. I really liked motorcycles. When I was in college, I got to go 126 miles per hour on the back of a friend’s bike. It was exhilarating.

But really, I think I was, and continue to be, fairly boring. I mentioned that to Lisabet and she said that she thought I was pretty outrageous. (She actually knows me; we’ve shared alcoholic beverages and food on several occasions.) “Outrageous?” I said.

“Well, yes,” she replied. “There’s the fact that you pay your computer consultant in pain and domination. That’s pretty wild.”

Oh, that. Hmm, now that you mention it, I guess it could be considered wild in some circles… 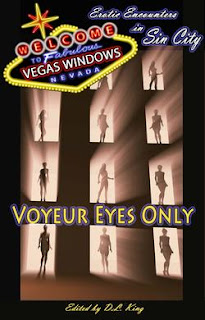