Sex and the Law 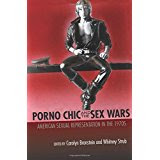 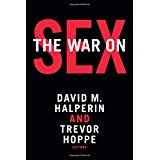 Several weeks ago, I agreed to review these two books for a glossy magazine, The Gay & Lesbian Review. The editor wasn’t sure if either of them have much relevance for an LGBT readership, but the books had been offered to him, so he sent them along to me.

Even though I was a young adult in the “free love” era of the 1970s, and I felt directly affected by the drastic change of zeitgeist in the 1980s (apparently brought on by the rise of AIDS, the galloping-capitalist policies of Ronald Reagan in the U.S. and Margaret Thatcher in Britain, and the Feminist Sex Wars), there was a lot I didn’t know before I read these books.

Regarding the insane extension of laws against various forms of consensual sex in the current age, I was in a bubble of ignorance. This is partly because I haven’t lived in the U.S. since the 1960s, and both these books focus exclusively on the status of sex in that country. However, I suspect that even many Americans don’t know the real state of the law if it hasn’t affected them personally.

Despite unprecedented improvements in the legal and social status of gay/lesbian/bisexual citizens (not so much the gender-nonconforming), the consensual sex lives of Americans are now more policed than ever before.

Did you know that everyone convicted of a non-violent (note the emphasis) sexual offense in the U.S. has the orange letters “SEX OFFENDER” stamped on his or her ID for the rest of his/her life? This is the modern equivalent of the scarlet letter “A” (For “Adulteress”) which Hester Prynne has to wear on her bodice in the Puritan community of Boston in the 1640s in a famous historical novel, The Scarlet Letter.

Cole's Note on a Much-Studied Classic: This novel was written by Nathaniel Hawthorne in the 1840s. He was descended from English Puritan colonists, and found them to be fanatics, even by the standards of nineteenth-century New England. In the novel, Hester’s own community eventually lets her take off the letter of shame after she has served her time as a social outcast and shown herself to be both a talented seamstress and a good mother to her “illegitimate” daughter Pearl. Even Hester’s much-older husband, who was originally offended by her affair with the local Puritan Minister while husband was away, makes Pearl his heiress. The ending of the novel is not exactly happy, but in some sense, Hester and her unfortunate lover are redeemed (in his case, by death), and their innocent child is “legitimized.”

So apparently the strict sexual standards of Massachusetts colony in the 1600s, as seen through a nineteenth-century lens, were more humane than current American legal standards. A young, single adult man (say, a 20-year-old) who has a consensual relationship with a single girl he believes to be 18, but who is really 15, can be convicted of statutory “rape,” sent to prison, then kept on a kind of probation until he dies.

In my youth, that kind of relationship was expected. Since teenagers tend to be reckless, then and now, sex in the back seat of a car often led to a shotgun wedding. Aside from that, the law was not involved.

Note that a very wide legal definition of sexual “offenses” has not done anything to decrease actual rape, i.e.: sex forced on unwilling victims. The fact that force was used to obtain sex is still much harder to prove in court than the fact that sex occurred at all. This helps explain why assailants (especially if white, male, upper-middle-class) are free to target potential prey (especially in venues such as university campuses, where young women are found in large numbers), while relatively harmless people are effectively forced into a permanent underclass.

How did things get to this point, and why is there so little protest against it?

According to the contributors to The War on Sex, traditional hysteria over “perversion” (same-sex activity, highly illegal in the U.S. before the late 1960s) never really went away. It simply changed form into panicked efforts to protect “children” (including teenagers) from all sexual experimentation, to criminalize HIV-positive status, and to shut down both the sex trade and sexual representation in words and images.

It became easy for homophobic, “pro-family” rabble-rousers such as Anita Bryant to associate every form of sex that wasn’t sanctified by Christian marriage with sexual violence, including several high-profile murders of children by pedophiles. Registries of “sex offenders” that originally targeted gay men who solicited undercover cops in bars were allowed to lapse after the Stonewall Riots of 1969, but these registries were revived to target “pedophiles,” including young men such as the one mentioned above, whose girlfriend is younger than he thought.

To a much greater extent than I knew, people who test positive for HIV can be charged with “aggravated sexual assault” for non-disclosure of their status to consensual partners, even before they themselves have been tested. And this law is enforced here in Canada. Do you see a pattern here? Ignorance is apparently no excuse.

Just as feminist objections to forced sex (including rape in marriage) have been transformed into the persecution of various consensual activities, feminist objections to human trafficking (which enslaves vulnerable people for various purposes, not only sexual) have been transformed into a campaign to end prostitution. Anyone who sells sex in the U.S. is now more at risk for legal harassment, imprisonment and a permanent stigma than for being abused by a “bad trick.”

Increasingly harsh laws against sex have been passed by various levels of government (mostly in the U.S.) without much opposition. Just as few Americans defended same-sex “perversion” in the past, few are brave enough now to publicly distinguish private, consensual sex acts from sexual violence. The difference is crucial.

Remember Linda Lovelace, star of the 1972 hit sex film, Deep Throat? Ghost-writers produced three books, supposedly “written” by her, which changed in tone from the first to the last. In the heyday of her stardom, she gave numerous interviews in which she claimed to be a liberated woman enjoying sexual pleasure. Her situation was problematic: her “boyfriend,” pimp or handler, Chuck Traynor, had a degree of control over her that was noticed by most other people who came in contact with them. Nonetheless, Linda seemed to have enough freedom to leave him, had she wanted to. Her third book, Ordeal, produced in the 1980s, describes her as a victim of trafficking who had been forced into becoming a “porn star.” By then, apparently, she wanted only to be a monogamous wife living below the public radar.

Reality tends to be messy and complex, but mass-market paperbacks tend to be easy reads that reflect current trends. Like other sex-workers, Linda did what she could to survive as well as possible. Tragically, she didn’t live into self-reflective old age; she died in a fatal car crash in 2002. As the essayist sums up: “Her life story beings up questions about women’s bodies, sexual freedom, and agency that defined public life in the 1970s, and are still, to a large extent, unsettled today.” I think I’ll end there.