Last weekend, the same day Kristina asked me to be a guest at Oh Get a Grip! (and thank you, Kristina,) my daughter told me sheíd seen a guy at her work, who looked like Dave Grohl, but with blonde hair. "How wild is that?"
"Pretty wild, and stranger still," said I, "the novella I'm working on features a fellow who looks like Dave Grohl, but with blonde hair and blue eyes." 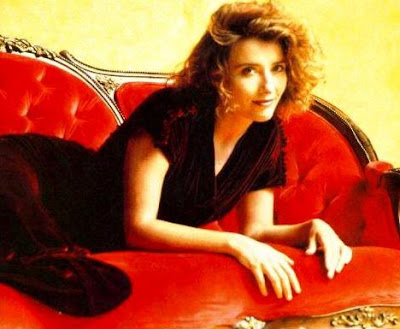 We joked how this might be like the movie Stranger than Fiction where Emma Thompson's character is writing a story and Will Farrell's character hears her narrations in his head. She describes what he is doing, and he becomes increasingly obsessed with finding the author who is writing his story. 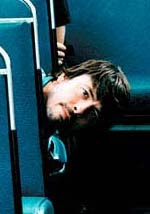 We thought that maybe blonde Dave Grohl was looking for me at the restaurant where my daughter works, just tracked down the wrong "C. Sorensen."
The next morning, I started thinking about what WIP I would pull an excerpt from, I always have a couple of things in process. I looked at a couple of short stories before it dawned on me what I should post.
Duh!
Anyway, here is an excerpt from my WIP novella titled Hair Mettle, which features Tomas, an amateur bassist, and no fan of grunge music, who refuses to cop to the resemblance even though his sexy, green-haired, snake-tattooed, monster-drumming neighbor Staci is obviously smitten with the ridiculously multi-talented Grohl.
But while Tomas resists the resemblance, he finds it much harder to resist Staci, as she infuses herself into his life, first musically, and then, well, when he finally gives into her, his heretofore solitary life becomes a shared event:
Excerpt from "Hair Mettle" by Craig J. Sorensen:
For the prior two-and-a-half years, the rooms of Tomas' bungalow had served their specific purposes admirably: A kitchen to cook in with all new, mix-matched-clearance-model appliances and a small bistro table from a dumpster. A dining room with a big flea-market oak table and four sort-of-matching chairs to savor the results, an upstairs bathroom with bright colored towels from Wal-Mart to cleanse the flesh. A living room of sleek, build it yourself, and good luck with that, Scandinavian furniture, and a quality 5.1 surround home theater to listen to music and watch TV. A custom-built studio to hone and explore musical ideas on his Fender custom shop bass. A bedroom with nice deco furniture rescued from his parents' garage to facilitate the necessity of sleep and, of course, to affect self-help-relief of crackling sexual tension. Outside the studio was a room Tomas called The Pub, pronouncing it "poob," which had a stretch of pock marked, but highly polished bar rescued from an old night club that was recently demolished just down the street from his office. There was a nice, unused dart board and an old, green penny slot machine with no back on it that once distributed tokens suitable for purchasing cigarettes back in the day. Finally, there was a guest room that waited patiently for a guest, with virgin finish-it-yourself pine furniture which he had infused with a honey-glow stain and sturdy polyurethane finish. The bed in sported a mismatched queen mattress and box spring from The Bargain Barn, covered in fresh linens every Saturday, though it had never been slept on, or used for any other purpose, for that matter.
Predominantly, these rooms' original purposes remained in effect as Staci's presence erupted from the fissure that was the basement studio, but additional purposes were systematically revealed: In the dining room, Tomas crafted appetizers as he hiked her skirt, yanked down her panties, split her legs and devoured her. He learned he had to work her hard to make her come with his mouth. When he hit the mark, she flailed so hard across the table that she sent the plastic flowers and three fat purple candles skittering across the floor into the living room. He likewise bellied her up to the bar in the basement where he discovered that, like a perfectly ripened lime, Staci's essence could be reamed and copious nectar extracted with a ruthless hand. In deference to the competent effort expended on construction of the living room suite, excursions onto the furniture in the living room were less common than freestanding affairs, where Tomas held Staci's body in the air and let her control the friction between them. Control might be the wrong word. Better stated, he let Staci produce the friction, which she did like a survivalist in the wilderness, starting a fire without matches, tinder or flint. And in this, his muscles began to echo his slim, but carved frame from the days of his youth, as he toted 126 lbs, give or take, of coiled, hard, feline power around the room.
And, of course, the studio now served up more than just musical inspiration. Reading Staci's body and taking it where she wanted to go became a natural thing for Tomas. Their timekeeping skills, though having different inspirations and being, sometimes, on opposite sides of the metronome, folded together with increasing certainty.
Only two places had fallen into disuse. The well-worn exercise gear, on one side of "the poob," had become superfluous and sat well rested. The mattress, in the solitude of the master bedroom, had been reduced to the singular purpose of vital, solitary, restorative sleep.
About the author: A career geek by day, and an author in the early morning hours, Craig J. Sorensen's erotic stories and poetry have appeared in print and online internationally. Visit him at just-craig.blogspot.com.
Posted by Kristina Wright at 12:01 AM