All I’ve got to say is there’s only one possible choice for my favorite thing. My one, positively, absolutely first, definitely A-1, decidedly mostest bestest favorite thing is … Momma X. 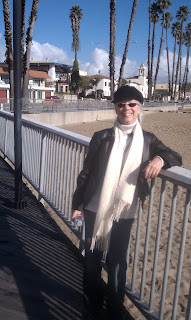 We met in high school and married six months after she graduated. I’d made it through the same school the year before—1963. She was the first girl to let me (or any boy) in her pants. Well, if not the first to actually let me into a pair of undies, certainly the first with bad enough judgment to let me put “Roger” inside her actual “Penelope”.

“Roger? I’d like you to meet Penelope. Penelope? This is Roger.”

When we first met, I was going with another girl. Momma already had a boyfriend. After school, I’d drive to my girl’s place (she went to a different school and her parents both worked, the house consequently devoid of adult supervision… Nyahahahahaa) and make out, sometimes with other couples scattered throughout the house. We all traveled in the same extended circle, so one day Momma and her guy were going over to… let’s call her Jeanie… Jeanie’s house, after school. I was to give Momma a ride.

That day at school, a story began about some girl who’d been hurt in gym class. She’d been taken to the hospital. As the day wore on, Momma’s name kept coming up. She was the girl. She’d been running on the outdoor track where some wooden bleachers had been shifted around for a football game, and not situated in their regular places. Momma had been going full tilt, head down, not paying attention to where she was going. And Bam! Ran into the bleachers. Eewww. Needless to say, the make-out session never happened for her. Instead, she had to recover from a concussion. I went to Jeanie’s by myself.

Next day, instead of going to Jeanie’s, I visited Momma at the hospital and got to know her better, bruised as she was. Then her boyfriend fucked her best friend while Momma was healing. Jeanie wouldn’t put out. The rest is storybook. My Prom. Her Prom. Marriage. Nursing each other through near-death illnesses. Lots of joy. Lots of changes. Fifty years and counting. Fifty-two if you count the time before we got hitched.