What is success? Does it suck? Why do we want it? What do we really want?

Success is generally defined as achievement of a goal, but we refer to someone as successful or as a success if that person has achieved a succession <vbg> of grandiose goals.

Once I heard a band calling itself Martha and the Vendettas, and a refrain to one of their songs was the title of this piece. Ironically, the band name was a snarky take-off on Martha and the Vandellas; and Martha Reeves has some very big anger issues surrounding her success, which initially didn't come with a lot of money.

That the earliest Motown stars were badly ripped off isn't a secret. Reportedly, it doesn't take much to set Martha off:
http://www.nydailynews.com/archives/gossip/martha-reeves-vendettas-article-1.929727

Given that she was "banished" by Motown when she asked Berry Gordy for an accounting of her royalties, I'd be upset also. However, these days she's doing well. She served on the Detroit City Council and still gives concerts. She has a son, several grandchildren and a great-grandchild.

Though she was used and cheated when a young woman, she's a success.

I recently read a great book called Stumbling to Happiness by Daniel Gilbert--I discussed it about a month ago, when we all blogged about what we're reading. One of his contentions is that everything we want is simply a means to one end: to be happy. To achieve not success but happiness. We say was want peace, for example, but we want peace because we believe peace will make us happy.

So defining success is an individual endeavor, for happiness is a very individual thing. Or is it?

None of us suffers from terminal uniqueness, and it's very likely, claims Gilbert, that what makes many individuals happy will also make a each one of us happy, also.

An article I often look at is at:
http://www.prevention.com/sex/better-sex/easy-ways-to-increase-oxytocin-levels

As you can see by the link, it's about increasing levels of oxytocin, a feel-good hormone our bodies produce. It's not really about having better sex, though that can be a side-effect, and I'm sure having "sex" in the title brought more readers--thus making the writer feel like a success. 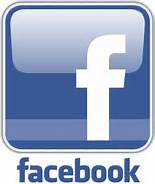 And the article brings us to a young man who, by many standards, is a smashing success: Mark Zuckerberg, for apparently Facebooking is a great way to increase oxytocin levels in the body.