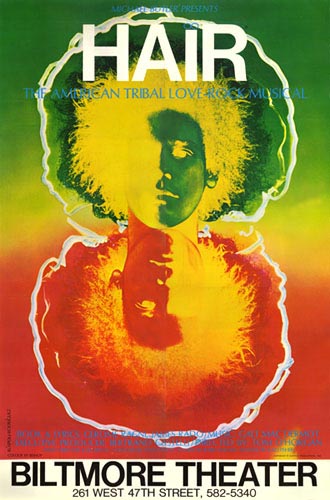 During the past year, I’ve reclaimed a part of my identity.

After nearly a decade of keeping my hair no longer than than my shoulders, I’ve let it grow. It reaches halfway down my back now, at least when it’s wet. As it dries, it frizzes and kinks, looking far less luxuriant (and less well-groomed) but I still get a little shiver of pleasure when I look at myself in the mirror these days.

I have to admit that my newly extended locks present an incongruous contrast to my age-creased, sagging face. Senior citizens don’t normally sprout wild, hippie-like crops of hair like mine. But you know, at some level I really don’t care. That’s one solace to growing older. You start to realize you’re free to spurn conventional standards when they don’t suit you.

Free. That’s how my new hairstyle (if you can call this disordered frenzy a “style”) makes me feel. Despite the steamy climate in my adopted country, I love the feeling of it swinging back and forth behind me. Running my fingers through the tight curls makes me smile. I’ve tried braiding it, with limited success, and I enjoy pulling it into a ponytail. It’s almost as if I had a new toy.

I’ve always appreciated long hair, on both men and women. The hero in my first novel has a black ponytail reaching almost to his waist; the heroine, a mop of ginger-hued curls. Undoubtedly I’ve been influenced by the mythos of the sixties and seventies. I was in high school when the “American tribal love-rock musical” burst on the scene and hair became a symbol of youth and rebellion. Peace, love, sex and hair became inextricably entwined in my psyche.

In fact, I've had long hair for much of my life (see, for instance, my author photo, taken when I was in my twenties). When I started regular salon visits to erase the increasingly prominent gray from my hair, however, I also started getting it trimmed. I discovered that my natural curl was easier to tame when my hair was short. I looked (slightly) more professional and proper. 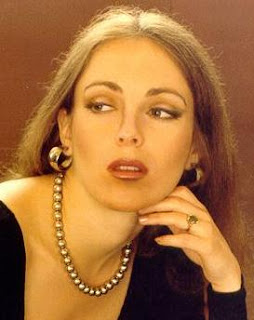 My DH kept bugging me to stop the cutting. (Like me, he’s a product of the sixties. Indeed, he lived through the Summer of Love, while I just watched from the sidelines.) For some reason, I resisted.

So what has changed? I’m really not sure. It might be that I’m trying to recapture my youth. It might be I just got bored with my short hair. In any case, I’ve found the process rewarding. Even empowering.

I’d love to have hair down to my waist, or longer. It’s not going to happen; I gather that the maximum length of a person’s hair is genetically determined. Mine is probably pretty close to its limit. Nevertheless, I fantasize about being Rapunzel.

In fact, here’s a few paragraphs from “Shorn”, a re-telling of that classic which I wrote for Kristina Wright’s 2010 anthology Fairy Tale Lust. I think it will give you a sense of my feelings about my own hair.

Do not believe what you hear of me. It was not to preserve my chastity that I was imprisoned here, in this amusingly phallic tower with its sealed entrance and single window. I have not been a virgin for years; even my father knows that. In the cesspit of hypocrisy that is his court, no one cares what goes on behind closed doors. Only appearances matter.

And appearances are what landed me here in this unorthodox prison. I'm confined to this aerie because despite all blandishments and threats, I refused to cut my hair.

In a society like ours, valuing external neatness and order above else, my wild auburn locks are an offense to public decency, or so my royal parents would like me to believe. My father's crown rests upon a bald pate, shaved daily. My mother and sisters wear pale helmets of curls that are clipped back whenever they grow beyond the earlobes. Every proper citizen plucks, trims, waxes and shaves to eliminate any hint of the hirsute.

Not I. I love my hair, not just the luxurious tresses that flow over my shoulders and down to the floor, but the rest, too: my unfashionably bushy eyebrows, the soft tufts gracing my armpits, the wiry tangle that hides my sex. My hair is a source of my power. My father suspects as much. An ancient prophecy says the kingdom shall one day be lost to a red-haired sorceress and he fears I am the fulfillment of that promise.

In the end, Rapunzel gives up her hair for love of her prince. However, she knows it will grow back.