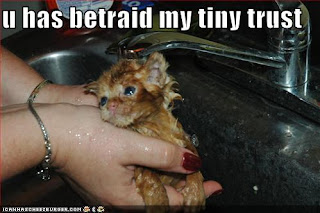 This week our topic is accuracy in the written word. I recently had some discussion on my own blog about this topic so I thought I would start out with that and go on from there.

I recently read four stories by one author and that led to a detailed discussion with the house hunk regarding the many ways a certain erect body part behaves. In every single book the author described this body part in a position that is a physical impossibility. We tried various experiments and... Realllly impossible. Unless he was hung better than a horse--and probably not even then.

That discussion led to other observations about incredibly silly things that writers describe. Now I am a woman. Yes, I know that probably comes as a terrible shock to some of you, but there it is. You'll just have to deal with it. As I was saying, I am a woman and therefore, I'm pretty sure of the general location of various specific feminine parts. And unless the woman in a book is an alien, then her parts should be located in pretty much the same place as every other woman, right? RIGHT? Well, then, why am I reading books that have those parts in the wrong place? Is the writer in fact a man using a woman's name? Well if he is a she, then the internet is a wonderful thing, you know with pictures in living color and detailed instruction. Or he could ask the woman in his life to assist him in his investigations. If the writer is a woman, doesn't she have a mirror??? Just sayin', ya know?

You might look at it this way (no pun intended... get your mind out of the gutter!) If we're writing this stuff, shouldn't it at least be accurate? To my way of thinking, screwing that up is just as sloppy as a character walking into a room with a skirt on and two paragraphs later having her take off her jeans. Sloppy. And it reflects badly on all of us.

So you can see where I was at that point. Nothing annoys me more than a glaring inaccuracy in a book. I once stopped reading a book when I was confronted with an error that could easily be researched by looking at a map. Very simple. A map. If writers don't believe that no one notices, then they're wrong. I used the small city of Bristol, Tennessee as the backdrop for my book, Winter Hearts. Not too long ago, I heard from a reader who lives in Bristol, Tennessee. She gently twitted me about the wild goings-on in her fair city--according to my book. Readers notice.

In this day and age, there is no reason to have glaring errors when we have access to the enormous databases on the Internet. All it requires is time.