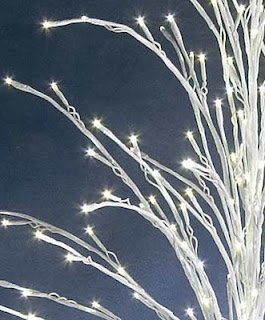 Sleet was the worst. He huddled under the awning of the shuttered refreshment kiosk, shivering as a gray veil swallowed the skeleton trees across the lake. It wouldn't take more than ten minutes for sleet to soak through his sweatshirt and the two sweaters he wore underneath. Then the wet clothing would freeze against his skin. The icy slush pooled at the curbs would leak into his battered shoes on his way back. Bally was a top brand, but the miles he had walked in the last six months had worn through the soles. Besides, even the best leather was never any good in winter weather.

He remembered his down ski parka – Columbia! – how toasty warm he had felt as he swooped down the black diamond trails up at Killington. Gone, like so many other things. If he had only realized what was happening, he might have planned a bit, held on to what was really important. It has happened so gradually, though. Plus it had violated all that he had believed and trusted. It had been inconceivable that he would find himself in this situation: jobless, homeless, broke and alone. On Christmas Eve, yet.

He had a Harvard MBA, for God's sake. Who would have thought that his plum product manager position at a top hi-tech, his BMW, his four bedroom colonial, his wife, his kids, his life, could all melt away like snow on a steam-tunnel manhole?

In the distance, the clock in City Hall tower struck three. Two and a half more hours and he could return to the shelter. He clenched his hands inside the canvas work gloves he had found discarded on trash pickup day last week, trying to reduce the surface area. His fingers were already numb. His feet were blocks of ice too. He had to get inside, somewhere. The temperature dropped as dusk approached.

He had two quarters and a dime hidden under his layers of rags, but he had already had his coffee today. He had made it last for two hours, while the Burger King staff glared at his bedraggled form slumped in the corner. Tough. He was a paying customer.

Cloud-colored ice skinned the lake where he used to take his daughter canoeing. Not strong enough yet for skating. He could start walking across. He knew the surface would crack long before he reached the boathouse on the opposite shore. It would be so easy. The lake was deeper than you'd expect.

The ice would freeze over his entry point. They wouldn't find him, not for days or even weeks. No one visited the park in the winter. That's why he came. The cops didn't hassle him here and he didn't have to suffer the looks of pity and disgust he got on the street.

Easy, yes. So tempting. Everything else was so difficult now, a daily struggle to survive. Why should he bother? Who, after all, would care?

He'd thought he was so clever, hiding his affairs, but his wife eventually lost patience. She took the kids out west, leaving him with the huge, empty house and an equally enormous alimony payment. Then came the downsizing—hell, how many “personnel reduction strategies” had he helped to plan? The bottom dropped out of real estate, but the mortgage had to be paid. No one, he discovered, wanted to hire a manager in his fifties, no matter how stellar his credentials.

His sigh hung in a white cloud before him. He had pawned his Rolex early on, but he guessed that about ten minutes had passed since the clock chimes. He closed his eyes, unutterably weary, longing for his cot in the shelter. It was hard to sleep there in the dorm, with the bums raving around him all night, but right now he would have given anything to be able to collapse onto the thin mattress and pull the rough blanket around his ears.

He started, the youthful voice pulling him from his drowsy stupor.

“Ah—um—good afternoon.” She was a beacon of color in the monochrome landscape, with pink cheeks, copper curls and a long, holly-green coat. A matching green ribbon held her fiery hair away from her face. She was young, certainly no more than twenty, with a freshness that made her seem old-fashioned. That coat reminded him of one his mother used to wear in the fifties, shaped like the letter A with those funny sleeves—raglan sleeves, they were called. He felt irrationally pleased that he could remember. His mother's coat had been a sober brown, though. This woman's garment was so bright it made him blink.

She stepped closer, out of the sleet, joining him under the overhang. “Wintery weather,” she commented, smiling up at him. Her eyes were the same startling hue as her coat. Her lips formed a perfect bow. Even in the chill air, he caught a hint of her scent, cool and fresh like evergreens in snow.

He was suddenly aware of his own funky odor, his ragged clothing and his three days of stubble. He searched the girl's face for the inevitable sympathy or scorn. He found neither. Instead, inexplicably, he recognized desire.

She took his hand in her own small, bare fingers. “I know someplace warmer. Come with me.”

She drew him along the slippery path that circled the lake. Needles of sleet pricked his cheeks. His sweatshirt grew wetter with each step. In her cashmere coat and patent-leather boots, the woman seemed not to notice the weather.

Another spot of color grew before them. A Japanese-style bridge, rust-red, arched over the narrowest point in the hourglass-shaped lake. The trail crossed the bridge. He had never noticed the stairway leading down the bank. There was a ledge underneath, bordering the water, making a snug private space. He had to crouch down to follow her inside. The bridge swept upward, just over their heads.

“We're out of the wind here,” she told him, her voice like bells. “Let's sit down.” She slipped the coat off her shoulders and spread it over the dry stone.

He couldn't believe his eyes. Under the festive-hued coat, she was naked. Her skin was a creamy peach tone. The buds tipping her sweet, small breasts were a deeper rose. A ginger tangle at the apex of her thighs hid her sex. She looked like an innocent angel. Her smile as she reached for his zipper, though, hinted of lascivious delights.

“Wait—I can't...” His erection thickened by the second as she worked at his jeans but his shame was stronger than his lust. “Please, I haven't had a shower in a week. I smell...”

"Never mind,” she murmured, peeling the denim away from his hips and starting work on the sweatpants underneath. “I like the way you smell.” She gripped his rod. Her flesh was hot against his chilled skin.

She stopped him with a peppermint flavored kiss. “Because I want you. Now. I can't wait.” He surrendered, sinking back onto the soft wool, entwined in her arms.

After that, there was nothing but glorious warmth, luscious wetness, tightness coiling in his groin and then expanding into utter relief. I must be dreaming, he thought, as she wrapped her thighs around his waist and drew him deeper. Maybe I'm dying.

He didn't care. She offered him her fire and he accepted her gift. He forgot everything except her satin skin, her cushioned hollows, her scent of fir trees by the ocean. There was no past, no future, only an eternal present.

They drifted together, passion cresting and receding and peaking again, lost in the ancient rhythms of the flesh. Finally, even their bodies melted away. All that remained was joy.

The chimes woke him, five strokes that reached him through some kind of fog. Darkness had fallen. Shadows filled the cozy nook under the bridge. Even in the gloom, though, he could tell that he was alone.

His limp, sticky cock hung outside his pants. As he noticed, he realized how cold he was, not just his penis but his whole body.

A dream, he thought. Still, shreds of joy clung to him. A dream like that was far better than waking life. Perhaps he could recreate the dream tonight, in his dormitory bed. He closed his eyes, summoning her emerald eyes and plump lips. Yes. He would not forget.

He needed to hurry, though. The shelter opened in a half hour and beds were allocated on a first-come, first-serve basis. He zipped up and then pressed against the ledge to lever himself onto his hands and knees.

He felt the plush softness of cashmere beneath his palms.

It was too dark to see, but he knew it was her coat. But if she had left her coat here, did that mean that she was wandering naked in the park in these frigid temperatures? Was she crazier than the old coots at the shelter?

I've got to find her, he though, gathering the warm garment in his arms and crawling out from under the bridge.

The sleet has stopped. The December air was a knife in his lungs, clean and sharp. He peered into the darkness, seeking the slight, pale form of a nude woman.

A cluster of stars was born. To his right, twinkling points of brightness twined through the tree branches. Another tree leaped into light down the path. One by one the black winter skeletons transformed into fairytale shapes as the city turned on the holiday decorations.

Finally, surrounded by glory, he understood. He swung the coat over his shoulders and wrapped himself in its warm, pine-scented folds. Another gift, to remind him how precious life is. Even his life.

He headed for the street, humming an old carol under his breath. He had only twenty minutes to get to the shelter, but he wasn't worried. It would be easy.

Ashley, in posting this week's topic, asked us, "Who do you write for?" I don't know the answer in general. But this story was written for a man I've encountered on another writer's list, a man who is in fact homeless (though not, I think, because he cheated on his wife) and yet finds the time and energy to express himself in beautiful prose. I wanted to give him something to make his Christmas as merry and bright as he deserves. This story is all I can offer.

Wishing you all the joy and wonder of the season