What have I been reading lately? Well, it might sound odd, but my own work. Not because I have any kind of vanity about it, but out of necessity.

You see, I've been working on book #6 in my Hot Ice series and an old location from book #1 has been revisited by new characters and I had to get my facts right. It's a beautiful island retreat in the Gulf of Mexico. A private, beach side villa with luxury furnishing, brightly flowered gardens and spectacular views. Since it features so heavily in Hired, I knew that if I didn't use similar descriptions in my WIP it just wouldn't have the right feel to it. So I've been saying hi to old characters, re-reading their sexy antics in the surf and willing them to get together at the end - which of course I know they do!

I have also been re-re-reading my next release, which is actually a trilogy written with Natalie Dae and will be published later this month under the name Harlem Dae. Sexy as Hell is self-published which means the re-reads are multiplied tenfold as paranoia for spelling mistakes and grammatical slips really sets in, and at nearly 300k for the three books, this is proving to be quite a task and taking up  ALL of my time. But at least the weather is nice, and sitting in the garden with the scent of flowers and just the bumble bees for company is proving to be rather a treat. 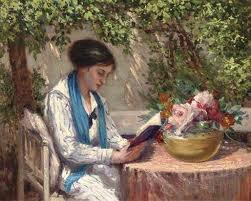 I'm going on holiday with Mr H soon, we adore visiting Spain, which is only a short hop from the UK and I get to practice my Spanish - I'm not nearly as good as I'd like to be but I give it a go. I have several books waiting to be read on a lounger by the pool, including a re-read of The Time Traveller's Wife which is one of my all time favourites. I just adore Henry, I think the magical realism of the plot works beautifully, and the romance between Henry and Clare makes me cry and sigh.  A wonderful story to immerse yourself in, and if you've never taken the time do check it out... 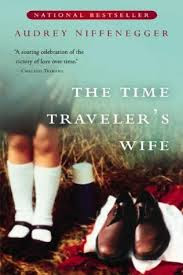 Thanks for stopping by and happy summer reading!