I'd written several novels and many short stories before I consciously called upon real people to use as inspiration and it kind of came about by accident. I received an email from my editor at Mischief asking if I would like to be involved in the new Confessions of a... series. The series was inspired by Amber Stephens Secret Diary of a Sex Addict and was intended to be a set of spin off's written in a similar style.


If you haven't read SDoaSA it's a fun romp that had me laughing out loud on more than one occasion and is a seriously sexy, a warts and all set of confessions from a sex addict boot camp ranging from the plausible to the extreme. The plot is fairly straight forward, a female reporter sent to write a story on the goings on at the camp and she becomes involved and fond of the other inmates as well as finding a little sexy fun for herself.

So they say write what you know, and straight away it jumped out at me, nursing. Most of you probably know that I was a nurse before I took to writing, I inhabited the high-adrenaline departments, A&E (Trauma) ITU, Surgical HDU, Coronary Care and the title Confessions of a Naughty Night Nurse just came to me! 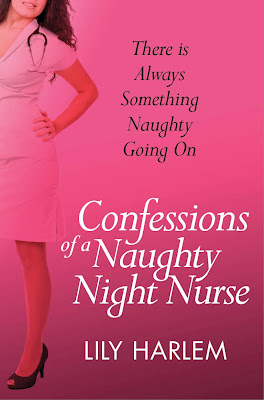 My editor loved the idea and I came up with a plot about controlled drugs going missing and my heroine (Sharon) being tasked with the job of finding out who the culprit is - well she's blackmailed actually, but that's all part of the story! I then had to throw in a whole heap of characters for her to meet along the way, and this is where I called upon my memories. I would say the number of patients I cared for in my 20 years nursing would be well into the tens of thousands, add in the relatives and that figure probably triples, but there were a few people that stand out. The very first person in the book though, patient that is, has already died and Sharon's trip to the mortuary ends up with a wild ride on the autopsy table with the Rose Cottage (in-house speak for the mortuary) security guard.

Both the patient and the security guard were really people in my head, the old man that died stood out particularly because when I was preparing his body two doves hurled themselves at the window, fat breasts squashing up against it and pecking as they stared at me. The moment stayed with me and I've added it into the book along with the fact that I opened the window 'to let the spirit out' a long standing nursing tradition - in the UK anyway. 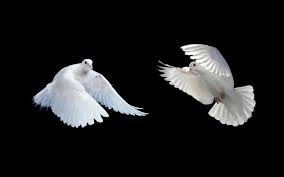 The security guard was a guy my friend went out with, and as he's portrayed in the book he had a massive cock! LOL, or so she told me. If only he knew he'd been transferred to print!

The not-so-nice-doctor (I'm trying not to throw a spoiler in here!) is also based on someone I knew. I liked him to start with until he made a mistake and tried to blame it on me - not a very nice thing to do. So I used him as a base for Javier's character and it certainly helped to visualise him not just physically but also his smarmy ways. Quite cathartic actually!

There is one patient, an old guy, who came to me too. He'd attended A&E late one night with a lightbulb up his bottom. I remember asking WTF? - obviously in appropriate nursey language - and had been amazed at his response, his anal fixation was really off the scale. I've detailed his story in Confessions of a Night Nurse though sadly some of it was edited out. Personally I think it's both hysterical and shocking and certainly my beta reader said she had to walk away and wipe the tears from her eyes a few times when she was reading it.

So yes, using real people as characters is certainly beneficial and absolutely something I do. I like the people in my stories to be as real as possible and that means giving them flaws in their looks and their personalities, no one is perfect. A hospital setting is a brilliant place for drama, if it wasn't there wouldn't be so many TV series set there.

You can find out more about my inspiration for Confessions of a Naughty Night Nurse on my blog and the entire first chapter HERE that includes the bit about the doves. Thanks for reading :-)