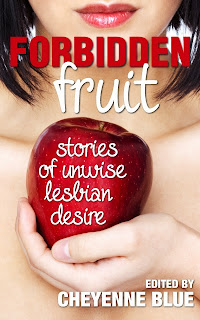 Persuasive character development depends on convincing the reader that this character would actually do that thing. Some writers, especially those who write first-time erotica (innocent youngish character loses his/her virginity in some sense by doing some sexual thing for the first time) try to pre-empt the reader’s skepticism by putting extreme ambivalence into the character’s consciousness. (“OMG! Did I really just accept the handsome stranger’s invitation to let him take me to his chateau alone? I can’t believe I’m doing this!”) The virginal character’s attempts to hang onto a clean and cautious image of herself (and usually this character is a her) ring false after awhile. Either she will or she won’t go to the home of a strange man. While there, either she will or she won’t take off all her clothes for him and let him tie her up. If she goes “all the way” (as it used to be called) and has incredible orgasms, then clearly she is the “kind of girl” who does that kind of thing. She can no longer honestly claim to be a virgin. Of course, she could still be a good person who treats others as she would like to be treated (and who harms none), but in that case, she needs to reject a shallow definition of “goodness” as sexual ignorance.

Erotica is often about transformations and epiphanies. Doing new things involves acquiring new knowledge, especially knowledge about oneself. This is part of the reason why character-driven erotica is interesting to read. However, critics will criticize a change that looks unbelievably extreme, OR a series of sexual adventures that leave a central character absolutely unchanged on the inside.

Writing plausible erotica is harder than it looks, especially since different readers have different thresholds for the suspension of disbelief.

Crits and complaints often focus on whether Character A would really be attracted to Character B, and what action, threat or proposition can or should be regarded as a deal-breaker. If Character B (the handsome stranger) says, “A pretty girl like you should be stripped naked and tied up,” and if Character A (the ingénue) then falls into his arms, some readers will complain that she is Too Stupid to Live, and others will say that in real life, she would rush out the door and resolve never to return to the bar – and for good measure, she would stop speaking to the mutual friend who introduced them.

Some readers will ask, “But why would Character A (law-abiding citizen) be attracted to Character B (rake, seductress, criminal, spy, visitor from another planet) when they are so different?” (Obviously, opposites never attract in the real world, even on the rare occasions when they cross paths.)

Some heterocentric critics have commented on the general acceptability of female/female sex scenes in sexually-explicit writing – but only if at least one of the characters finds Mr. Right or stays happily married, because she is not really a lesbian. (The real ones always wear labels, or strap-ons.)

During the period of suspense between sending a story to an editor and getting a response, I worry about all the possible reasons why the story might be rejected. A perceived lack of plausibility is high on the list, even if the call-for-submissions asked for vampires, werewolves, zombies, or a Romeo-and-Juliet romance between members of different supernatural species. (But would any self-respecting bloodsucker really . . . ?)

If and when I write my memoirs, I expect them to be rejected by the first 36 publishers on grounds that 1) the story lacks continuity, and 2) it lacks plausibility. For one thing, even if the author/narrator really lost her virginity in her teens, this can’t be stated in print without possible legal repercussions. And would she really have been attracted to the older brother of her Mormon friend? Why did the attraction not develop into a relationship? The plot trajectory needs editing.

I suspect that a certain incoherence is actually typical of real-life narratives, especially if written while the subject is still alive. A fictional version of the story is likely to be pared-down and simplified rather than expanded. Embarrassing, unlikely or seemingly irrelevant events and characters need to be weeded out to give a story the coherence which would give a comforting impression of logical cause-and-effect. I can imagine an editor’s comments on the complete, unexpurgated, five-volume version of my life-story to date: What is the theme here? Where are you going with this?

So I’m waiting to hear what an editor has to say about my story about a passionate encounter between mismatched acquaintances, one of whom needs to escape from the police as well as from a criminal gang, while the other wants to experience the “wild side” just for a night, without taking any big risks. A safe apartment, a safe job and a safe income look almost unbearably desirable to one who never had them, but the one who takes them for granted can’t see it.

What is realistic and what is not? The longer I live, the harder it seems to write fiction with the unmistakable flavour of life, especially if it is based on reality that is stranger than fiction.

(P.S. "Shelter," my story about the passionate encounter between mismatched acquaintances, was published in Forbidden Fruit: Stories of Unwise Lesbian Desire.)