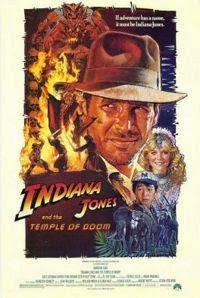 Ah, the eighties, the 80’s, that ten year span between the 70’s and the 90’s when I probably did more traveling than at any other time of my life. From the UK to France and Spain, then on an ocean liner to Nassau, to Colombia, Venezuela, Santo Domingo, all around the East Indies, the Bahamas…on and on and on. Boy, was I homesick for California by the time the 80’s drew to a close. But on the plus side I did meet the man who would eventually become my hubby – we just had to get rid of a couple of pesky ex’s along the way.

What I loved about the 80’s were the songs and the movies. Movies that have become classics – Indiana Jones, (where we could all crush on Harrison Ford), The Goonies, Big Trouble in Little China, (where we could all crush on Kurt Russell), Greystoke, the Legend of Tarzan, Highlander (there can be only one), Tootsie, Sixteen Candles, Aliens(!), Scarface, Blade Runner (Harrison again), Flashdance, Footloose, Good Morning Vietnam. Oh boy, they just don’t make movies like those anymore!

And the songs. I who was still singing Porter and Gershwin (still love them) woke up to couple of incredible duets, Aretha Franklin and George Michael – I Knew You were Waiting, Babs (we gay guys can call her that) Streisand and Barry Gibb – Guilty. And there was Billy Joel and Springsteen and Bon Jovi and my cuz (not really) David Bowie. Michael Jackson’s Thriller. So much going on…

The 80’s, like all decades that had come before, had its bad times. Assassination attempts on the President, Thatcher and the Pope, plane highjackings, ‘Black Monday’. The scourge of AIDS that took a lot of my friends. Young, vibrant, talented people I should still be friends with today. Yet despite all that, I look back on those times with nostalgia – when we still wrote each other letters, sent invitations by mail, used ‘land lines’ (phones) to call one another - what else was there? I listened to LP’s on my stereo and rented movies to play on my VCR. I watched Dynasty where the women had too much hair and padded shoulders that Tom Brady would envy today.