Dipping My Toes in This Year, I Hope

I was given a subscription to Writer's Digest much too early for it to be good for me, and so I internalized a lot of scolding about always buying sample copies, not bothering editors, following the guidelines, and recognizing that honey-you're-not-that-special-and-there-are-thousands-of-other-people-who-would-gladly-take-your-place-if-you-can't-cut-it. I also learned that self publishing is for deluded losers who are impatient and gullible. Clearly, the nature of the industry has changed a lot in the past ten years, but the desire to have publishers validate me has remained strong.

I also appreciate not having to learn all the skills involved with book production. Writing and editing are a lot in themselves, and I always wanted a business partner who would help with technical stuff, cover art, advertising, and so on.

We all know the reasons that's gone poorly in erotica. I wrote for Ellora's Cave. I wrote for many other presses that were closed/sold off/suddenly decided to stop paying authors.

Not all my experiences were bad. I've had some wonderful editor relationships, and a few successes working with publishers.

However, I've noticed that there's a common theme to working with a lot of publishers in our field: I am treated as disposable. Some of it relates to the way our industry has changed, but some of it gets back to all that stuff I internalized from Writer's Digest years ago—because that's about my work being disposable, too.

At some point last year, I started thinking about what it would look like to value myself, to treat my work like something to be respected. And my opposition to self publishing started to come down.

It's still intimidating to me, and I've been derailed from starting it up according to the timetable I originally planned, but I've started to feel I owe this to myself. I've learned that I can't expect other people to care for me and my work as well as I can.

I need to revisit my scheduling, but I want to start by rereleasing stories I wrote that I care about that are currently out of print. Along with that, I came up with some exciting ideas about bonus content and such.

I do want to take this opportunity to remember the project, though, and to remind myself about self respect and taking what control is available to me. So I'll go ahead and show you the cover here, though this isn't the way I planned to do a cover reveal. I like this image a lot, and I've always loved the story, and I'm excited to release it in a new form, with care. 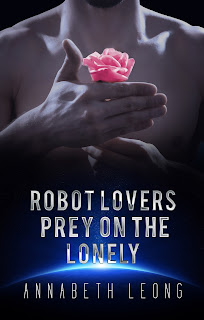 (I'm currently traveling, and I apologize for not having commented on other posts yet. If anyone reading this happens to be in Baltimore, New York, or New Jersey, I'm reading tonight (Thursday) at Sugar in downtown Baltimore and Saturday night at Bluestockings in New York City. I'm also going to be on a panel about erotica writing in Jersey City on Monday. Maybe I'll see you there!)

Posted by Annabeth Leong at 3:24 PM