It's not about power; it's about love - #Lesbian #ParanormalRomance #Gloucester 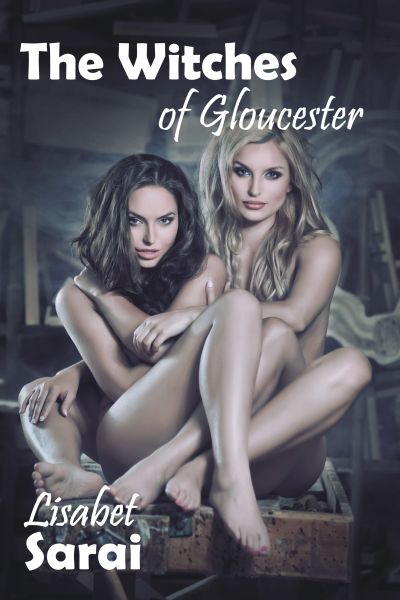 Paranormal is actually one of my favorite sub-genres. For some reason, though, most of my stories that feature magical realms tend toward the darker side. In some books (e.g. Necessary Madness, The Eyes of Bast, and Serpent’s Kiss), my protagonists must battle incredible evil before they get their happy ending. In some books (e.g. Underground, Fourth World), many characters don’t get a traditional happy ending at all.

One major exception is The Witches of Gloucester, a lively, sexy, seriously magical lesbian ménage fantasy.

It’s not about power. It’s about love.

The historic port of Gloucester, Massachusetts has a special charm, due at least in part to its resident witches. For decades, raven-maned Marguerite and red-headed Beryl have lived among its hard-working inhabitants, making magic and mischief. Love and sex fuel their supernatural abilities, but duality limits their power. To reach their full potential, they need a third witch to complete their circle. 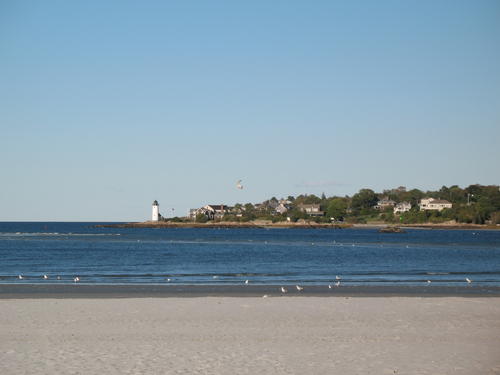 Here’s an excerpt in which Emmeline is introduced to her own powers.

Marguerite’s voice roused her from her lascivious memories. Her hostess gestured with the blue-and-white pot. Emmeline stared into her empty cup. She didn’t remember drinking anything beyond the first sip, though the flavor of lapsang souchong lingered on her tongue.

“More cakes, then. You must. Otherwise we’ll have them left over, and they don’t keep.” Beryl offered a plate still half full of delectable confections.

“Thanks, but I’m stuffed. Really.” Recklessly, Emmeline dared to meet Beryl’s hazel eyes. The half smile on the redhead’s full lips set up a wet tingle in her pussy, but she persevered in her slight rebellion. “Probably you should have invited the rest of the Welcome Brigade.”

“To be honest, we wanted to keep you to ourselves, my dear.” Marguerite rose to push the table away from the divan, clearing an area on the floor. “We had the feeling that you were someone special.”

“But we weren’t quite sure.” Beryl slid off the sofa to sit cross-legged on the carpet. “Why don’t you come down here? Across from me, that’s right. We’re going to play a game.”

“A game? What kind of game?” Memories of high school spin-the-bottle flashed through Emmeline’s mind. I wouldn’t mind kissing Beryl, she mused. Or Marguerite either. She’d never been attracted to women before – at least not consciously – but now the notion seemed the next natural step.

“Cards,” Marguerite answered. She lowered herself to join them on the floor, tucking her legs underneath her, then placed an over-sized deck in the center of the triangle formed by their bodies. An intricate design decorated the back of the cards, full of stars and planets, fanciful animals and twining vines. The illustration, plus the size of the cards, led Emmeline to expect a tarot deck, but when Marguerite turned over the top card, it was an ordinary three of hearts.

“Take a good look at this card, Emmy. Fix it in your mind. Close your eyes and visualize it.”

Card tricks? Spin the bottle sounded like more fun. Brushing the thought away, Emmeline did as Marguerite instructed.

“Can you picture it?”

“Now open your eyes. I’ve hidden the card somewhere in the deck. I want you to find it.”

“I think you can do it, Emmeline.” Beryl fixed her with that penetrating green-gray stare of hers.“Concentrate. Send your mind out seeking that three of hearts. Listen until you hear it call.”

“Please! I don’t have any kind of psychic abilities or anything.” The two women stared at her, focusing on her face. Their scrutiny sent hot blood climbing into her cheeks. “Aside from a couple of strange dreams that seemed to predict the future... Honestly, I can’t.”

“I believe you can,” said Marguerite, her voice rich and sweet as whipped cream. “You can if you try.”

“Do it for me, Emmy.” Beryl leaned forward. Her blouse gaped at the neckline, revealing the symmetric curves of her bare breasts. Emmeline’s own nipples snapped into aching knots.

She heard authority in Beryl’s voice, power that had been cloaked until now. It simply wasn’t possible to refuse.

“Okay, okay...” Em shut her eyes once again and summoned the image of the card.

Some force tugged at her hand. At first she tried to ignore it, but as the pull grew stronger, she gave in. With the three of hearts blazing behind her closed lids, she reached for the deck, gripping it with her thumb and forefinger about a third of the way down. She cut the cards, laying the part of the deck she’d removed face up on the floor. When she opened her eyes, a ten of clubs showed on top.

Marguerite’s voice was almost inaudible “Look at the card on the top of the stack you have left, Emmeline.”

She flipped the card over to reveal the three of hearts.

Fear, excitement and lust washed through her in alternating waves. She pushed the exultation away.

“It’s just random luck,” she said, wanting but not daring to believe. That force, that attraction – she’d imagined it. She was suggestible – Tim had always said so – and these two women had formidable wills.

The two of spades, the Jack of diamonds, the ace of hearts – she found them all, one after the other. The pull of the card she sought grew stronger each time.

“What does it mean?” she asked at last. She sounded small and scared to her own ears.

“Let’s try something else first.” Marguerite drew a card from the deck, gazed at it for a moment, then placed it face down in front of her. “Tell me which card I just picked.”

The answer came to her almost before the tawny beauty had asked her question, with no effort at all. “Four of diamonds.”

“Now me.” Beryl selected not one but three cards, setting them out in a row. “You know what to do, Emmeline.”

The messages weren’t so clear this time. She felt as though several different people were shouting in her head. Images of cards flashed by, too fast and indistinct for her to decipher. “I don’t know,” she whimpered. “I can’t...”

Beryl seized her by the wrist across the gap. Power jolted through her. The pictures snapped into focus. “Nine of spades, six of clubs, Queen of hearts. Oh my God...”

Marguerite gathered Emmeline into her arms as the girl burst into ragged tears.

The Witches of Gloucester is currently on sale for only $1.50 at Smashwords.

It’s also available as an audio book.
Posted by Lisabet Sarai at 3:00 AM