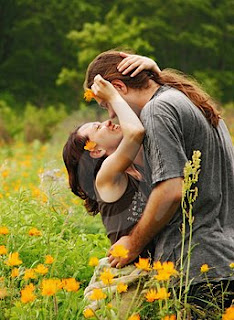 I was born in the nineteen-fifties, into the world of McCarthy and Eisenhower, conformist and conservative. I reached sexual maturity, though, in a golden age – that fifteen or twenty year period after the invention of the Pill and before the onslaught of AIDS.

Women a generation before me indulged their sexual desires at the risk of becoming pregnant. (Perhaps they risked their reputation as well, but that was a far less tangible concern.) When contraception was unreliable or even illegal, surrendering to the moment could have dire consequences. Unwed mothers were ostracized and back street abortions claimed many lives. Premature marriage was safer, but often shattered a woman’s dreams of a higher education or a career.

Women of my daughter’s generation (actually, I don’t have a daughter, and I’m rather glad) bear an even heavier burden. These days, sex can literally kill you. What a horrible thought! Now sexual relations must be approached warily. They must be negotiated, predicated on the results of blood tests or the availability of “protection”. I bow to the indisputable need for safe sex, but I weep at the damage done to the joy and spontaneity of the sex that I knew.

The golden age. I don’t think that I’m romanticizing. In college, in graduate school and after I began working, I was free to explore who I was sexually, to discover what – and who – I really wanted. The so-called sexual revolution in the late sixties and the seventies was real and wonderful. I don’t want to turn this blog post into a sexual memoir, but I will admit that I had quite a few lovers during that period, including several serious relationships going on concurrently. True, this was a bit confusing emotionally, as well as creating some logistical problems. But it felt right at the time.

I had deep loves as well as my share of short-term flings. Looking back, I am intensely grateful for these experiences. Though I do wonder now where I got the energy!

How does all this reminiscing relate to “the new explicitness”? The opening of society to things sexual began during this golden age. Perhaps this was a reaction to the constraints of the drab fifties. Maybe it was just the natural cycling of society – after all, the nineteen-twenties was also a period of sexual freedom and explicitness.

Back in my golden age, sex was still naughty, exciting and fun. It could feed your soul and break your heart. Now, in the age of AIDS, sex has no mystery. It is used to sell everything from blue jeans to baby food, and the thrill is largely gone.

Indeed, it has occurred to me that the explosion of explicitness in the public sphere is a reaction to the terrifying reality of AIDS in the private psyche. We’ve deliberately de-sensitized ourselves, killing desire through over-exposure, in order to purge ourselves from the fear of dying through loving.

Maybe this theory simply reflects my history. Perhaps someone who has grown up with AIDS does not see it as the tragedy that I do. It’s not just that it has stolen the lives of so many millions. It has robbed the living, stealing the peak experience of irresistible, irrational passion. My story “After the Plague”, in my collection Fire, captures my feelings about this.

You were born to the plague. So were your mother and father. For you, making love has always been tainted by the threat of death. What a tragedy – an abomination! Can you even begin to imagine a time when two people who were drawn to each other could have sex without fear, without consequences, other than the fact that the emotional connection might or might not strike true?

It's nearly inconceivable to you, I know, the notion of spontaneous sex. No vaccines, no tests, no questions asked. No barriers – at least no physical ones. You might enjoy yourself, you might not. That was the only risk.

I lived in that age. The golden age, it seems now. You could revel in your own body, in someone else's body. Anyone you fancied. Maybe a stranger. Maybe your best friend's husband – or even your best friend herself! If desire called, you answered, as long as that was what felt right.

You're trying to be polite, but I can see your nose wrinkle with disgust at my "promiscuity". To you it sounds unthinkable. Irresponsible. Try to understand. Sex was safe – without drugs or viral inhibitors or any other "precautions". Oh, you could be hurt. You could fall in love with someone who didn't care for you, or with a stranger you'd never see again. But you were always free to try.

So how can an author of erotica evoke this kind of emotion, in our pressurized, impersonal, hyper-sexual world? I’m not sure. Speaking for myself, I try to capture the emotional essence of my own experiences and transplant it into my characters. I write on the fringes of the acceptable, using taboos to recreate the delicious sensation of transgression that I knew when I was younger. And I focus on the feelings – not the sensations of sexual intercourse, but the characters’ emotions as they allow themselves to sink into passion.

It’s a challenge, and I take it very seriously. I’ll allow the unnamed narrator of “Before the Plague” to speak for me:

You're right, I'm a romantic, but don't you think the world today needs a romantic or two? Look, my conapt is just a few levels up. Wouldn't you like to come up and join me for a nightcap?

That swelling in your britches is answer enough. No, that's OK, let me get the tab. Come on now, don't be such a prude. You know that you want to.

Of course I have a supply of condoms, viricide, gloves and dental dams. I'm a woman of my times. But I hope that I can make you forget all that. I want you to relax, to trust me, to let me give you a glimpse, a taste, of what pleasure was like before the plague.

Because, so help me, if someone doesn't know, and remember, we're doomed. Or might as well be.

Email ThisBlogThis!Share to TwitterShare to FacebookShare to Pinterest
Labels: AIDS, Before the Plague, Fire, Lisabet Sarai, The Pill