I've been publishing books about sex, including sexual activities that many people consider profoundly deviant, for more than ten years. So far, no one has given me any trouble. No jackbooted feet kicking in my door. No placard-waving fanatics protesting in front of my house. It's true that I carefully guard my anonymity, maintaining as strict a separation as I can between my writerly personna and my more prosaic day-to-day identity. Still, if someone wanted to unmask me, I don't doubt that it would be possible.

Maybe if I were more popular, I'd be more of a target. As it is, I feel moderately confident that I can continue to quietly pen my dirty stories (storing them on an encrypted drive, just to be on the safe side) and sell them to publishers without being ostracized by my neighbors, losing my job, or being hauled off to jail. 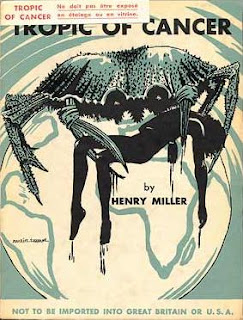 Helen's introduction to her topic this week, "Opening the Closed Door", asked us to consider whether we were in some sense pioneers by writing openly about sex. Hell, no! The true pioneers were the authors who fought to publish sexually-explicit work in the first half of the twentieth century, giants like D.H. Lawrence, Henry Miller, Pauline Réage, and James Joyce. All of them faced legal battles against forces who wanted to ban their work because of its sexual content. Avant-garde publishers like Barney Rosset and Maurice Girodias circled the wagons and defended their authors against charges of obscenity (though perhaps with as much of an eye toward notoriety-inspired sales as for moral principle). Gradually, these trials led to a grudging acceptance of sexually-oriented fiction as a legitimate form of literary expression, at least in most Western countries. 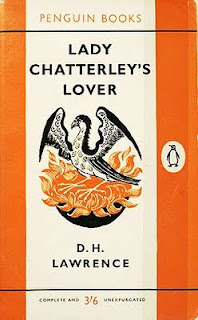 Perhaps, however, I am being overly complacent, believing that these battles are in the past. Certainly, individuals continue to be harassed and discriminated against if they engage in sexual practices that are considered "abnormal". The Sourcebook of Criminal Justice Statistics 2003 reports that more than 38% of the U.S.population favors the existence of laws forbidding the distribution of pornography to adults and that this percentage has fallen only slightly between 1987 and 2002. Calls for censorship of the Internet are raised with increasing frequency and ferocity. I spent several hours on-line searching for authoritative data about societal attitudes regarding pornography but found only emotional diatribes and pseudo-statistics from both sides of the issue.

In short, you may support sexually-explicit entertainment, but you feel like an outlaw. 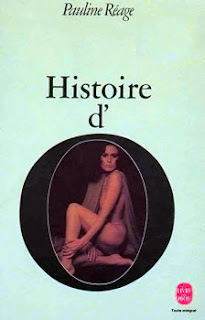 On the other hand, if the unthinkable occurred--if my website were shut down because of its prurient content or my books were banned, if I started to receive hate letters or the police seized my computer--I'd fight back. I don't know if my writing provides any societal benefits beyond recreation, but I am certain that it does no harm. And it is my right--perhaps even my responsibility--to express myself, to share with the world (or whatever segment is interested) my vivid, visceral, polymorphously perverse visions.
Posted by Lisabet Sarai at 3:02 AM