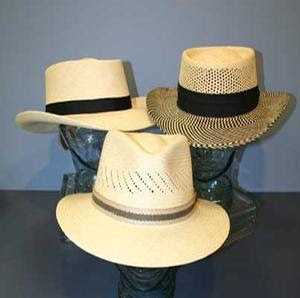 I've been publishing erotica for eleven years. I've been critiquing other authors' work for nearly that long. A few months after the initial release of Raw Silk, I discovered the Erotica Readers and Writers Association. For several years, I participated in their Storytime email list, writing four or five in-depth crits per week. I probably spent seven or eight hours weekly on this activity. (That was before the advent of social networking and blogs and other time-suckers!) It helped that I was unemployed during most of that period!

I left Storytime when I couldn't reconcile the time demands with the rest of my life, but I have continued to do on-request critiques for friends and colleagues. I also started writing erotica reviews for ERWA and later, for Erotica Revealed). In 2002 I undertook my first erotica editing project, working with S.F. Mayfair to produce the anthology Sacred Exchange. Since then I've edited four other volumes, with several more in the pipeline.

Reviewer, editor, critique partner: these roles obviously have something in common, as they all require evaluation of another author's work. However, the objectives and the audience are distinctly different, at least the way I see it.

When I wear my reviewer hat, my audience is composed of potential readers. My goal is to provide an overview of a book, to highlight its strengths and to warn the reader about any weaknesses. As a reviewer, I also have to recognize the influence of my own preferences and prejudices. I recently submitted a review of a highly acclaimed short story collection that I really didn't like. In my essay, I tried to explain what it was about the book that turned me off—but I left the final decision up to the reader. Any reviewer who claims to be “objective” is fooling herself.

When I wear my editor hat, I'm talking to the author. I want to help him or her improve her work. However, the overarching goal is getting the book out. I focus on the most blatant problems in a story: awkward sentence structure, inappropriate vocabulary, factual inconsistencies, grammar issues, and so on. Of course, if I am editing an author's contribution, this implies that the submission has already been accepted on its overall merits. I may see ways to make the story even stronger and more compelling, but normally I won't mention these issues unless the value-to-effort ratio is pretty high.

When I'm critiquing, however, any aspect of a story is fair game. Critiquing is a kind of collegial collaboration. Unlike the editing situation, the individual offering the critique has no particular authority over the author, who can (and should) reject any or all of the critic's comments if they conflict with the author's intent or instinct. Critting can also be an exploration of new directions for a story. What if you started here, in the middle of the action, instead of before anything happens? What if your hero was actually attracted to men as well as women? What if you tried narrating the tale in the first person instead of the third?

In my critiques, I often suggest far more sweeping changes than I'd ever consider as an editor. Unlike some critics, I tend to focus most on structural and thematic aspects of a story in my crits—the big picture—as opposed to issues of language. I always try to begin my crit by citing the strong points in the piece, the things that work well. Then I go on to suggest modifications (sometimes quite extreme) that could make the story even more effective.

Back when I was on Storytime, I would adjust the level of my crits to consider the experience of the author. With a newbie, one has to tread lightly so as not to be discouraging. Novice writers also tend to exhibit different sorts of problems than more experienced authors. Grammar, continuity and point of view are often significant issues. “Mistakes” like excess description, “telling” as opposed to “showing” and abrupt transitions are more common.

These days, most of the crits I do are for colleagues who are published and experienced. They return the favor—as I see it, your writing is never so perfect that it can't be improved. These crits are often far-ranging, heady conversations that go well beyond the specific story under consideration. Of course, the better you know your colleague, the more effectively you can communicate. I have a handful of authors with whom I often exchange crits. I'm probably losing some of the critiquing skills that I developed on Storytime working with less seasoned writers.

So how do you do a crit, step by step? Every individual will be different, but here's an outline of my strategy.

1. Print a hard copy of the story or book. I can read for a review on the screen. I can edit directly in a digital file. For a crit, though, I have to have the work on paper.

2. Read through once, red pen in hand. My goal on this pass is to get an overall sense of the story. As I read, I'll flag things that bother me. I don't get specific at this point. I'll just circle a word or sentence or draw an arrow in the margin.

3. Read through again, focusing on the previously-flagged "problem" areas. At this point, I begin to ask myself questions. What's wrong here? What is the fundamental problem and how could it be solved? Is my discomfort with this area really a result of decisions the author made earlier in the work? Often a red mark at one point in the story will lead to my seeing more pervasive issues that are not really localized.

4. Open a document and begin writing my critique. Some people who crit edit their comments directly into the manuscript. This can be a lot less work for the critic, but when I get comments in this format, I find them less useful than a stand-alone document might be. In-manuscript comments make it difficult (for me at least) to home in on the issues and problem areas, since all my text is there to distract me.

I usually begin my critique with positive comments, sharing what I like about the story. Next, I'll talk about global problems: problems with flow or pacing or the arc of the plot; issues relating to the characters and their motivations; weak beginnings or endings or awkward transitions; redundancies or passages that I feel should be removed; areas that need to be expanded.

Then I'll move step by step through the manuscript, highlighting particular areas where I think revisions are necessary. Usually I'll quote the original text and then provide a suggested rewrite. This can take a lot of time, but as I said, I think this is more helpful to the author than simply inserting the suggestions into the manuscript.

I'll conclude by emphasizing the most important issues and once again congratulating the author on his or her successes.

5. Review and edit. If I have the time, I like to let my crit sit on my hard drive overnight and then re-read it. Even if I need to get the crit out right away, I'll reread my document once or twice for clarity. I usually end up making some changes--mostly additions to elaborate on my points or my logic.

6. Send the crit to the author. Given the unreliability of email, I usually ask for a quick acknowledgment so that I know the critique has been received.

One thing I notice in articulating this strategy: for me, critiquing is a highly intuitive activity. I do not begin with a checklist of topics to consider. Rather, I let the story talk to me, and pay attention to the places where I lose the connection or the communication. I'll be interested to discover, over the course of this week, whether this is characteristic of other critters, or whether they tend to be more analytical.

I review, edit and crit partly because I'm fairly good at it. Even more important, though, I want to bank up some "Writers Karma". What goes around comes around. As an author myself, I need thoughtful reviews, careful edits and perceptive critiques. So I try to give them to others. As a result, I wear many hats in addition to my "author" chapeau. I'm convinced, though, that these other activities ultimately benefit my writing.

Posted by Lisabet Sarai at 4:04 AM