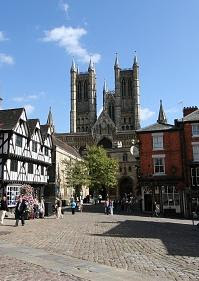 I tried, I really did. However, it's hard to reverse thirty odd years of writing habit. Kerri Sharp, the extremely activist Black Lace editor during this period, found errors on practically every page.

Correcting the spelling and punctuation issues didn't cause much difficulty. Vocabulary was a different story ("storey"? Maybe not!). I really hadn't realized (or should that be "realised"?) how many common concepts are addressed by different words in British versus American English. I particularly recall Ms. Sharp (i.e. "Ms Sharp") lamenting about my frequent use of "panties" to refer to my heroine's undergarments.

Apparently I employed the term quite frequently, often in juxtaposition with concepts of dampness. I just couldn't agree to replace all those references with "knickers". At the time, I could scarcely think the word "knickers" with a straight face. It reminded me of Monty Python (though as far as I can recall there's no MP sketch centered on ladies' underwear). My heroine is American, I protested via email. She'd never call her panties "knickers", any more than she'd refer to a sweater as a "jumper" or consider having sex in the "loo". And how could something called "knickers" ever be erotic?

We eventually compromised (hey! an American word that uses "ise"!), using "bikinis" in at least some of the instances where Kate's underwear is under consideration. As I recall, male clothing raised some issues, too. If I'm not mistaken, British men don't wear pants. They wear trousers. It didn't seem to matter that Gregory was also a Yank, albeit tempered by long years living in the Far East.

Ms. Sharp won most of the vocabulary battles - she was, after all, the editor, and I was seriously intimidated by the whole process of publication. Ironically, after Raw Silk went out of print and I reclaimed the rights, I sold it to the New York erotica imprint Blue Moon. They published it without a single edit - British spelling, punctuation and vocabulary intact.

The funny thing is that these days, a lot of my writing is once again being published by a company in the United Kingdom. Total-E-Bound is located in the historic town of Lincoln and I suspect that at least half of their authors are British. Fortunately, the editors at TEB sympathize (oh, I mean "sympathise") with their benighted colonial cousins. House style requires British spelling and verb forms, but vocabulary depends on where the story is set, and dialogue punctuation uses American conventions. In addition, they provide a Word template that highlights my errors when I unwittingly use a "z" instead of an "s" or fail to add the "u" in words like "colour" and "glamour".

It's enough to give me a major headache. Sometimes, I wish I were a Brit. There's the food to consider, but I'm a decent cook, so I'd make do. Practically everything else about England appeals to me: its rich history; its extensive literary tradition; the knicker-dampening effects of a British accent, especially tripping off the tongue of Sean Connery or Michael Caine; the peculiarly British enthusiasm for corporal punishment...

If I were British, I'd be able to give TEB stories that required far less editing. And that's not all. I'd be able to use fabulous, emotionally evocative words like "whinge", "knackered", "posh", "bollocks" and "bloody", with authority and flair. When I sat down to pen this post, I had some notion that I'd adopt a British voice and pepper my essay with the colorful (excuse me, "colourful") slang that I find so appealing. I gave up on that idea pretty quickly - it was a far more difficult task than pretending to be Jane Austen - even if she was a Brit.

So I guess I have to accept the fact that I'm a Yank, unable to write the Queen's English with the same fluency and control as Charlotte and her compatriots. Indeed, one reason I adore Charlotte's work is the intensely English tone of her characters' thoughts and conversations.

You know, actually, the Brits put up this front of being all conservative and conformist, but I think they may have dirtier minds than anyone else. (Our Saturday guest, Jacqueline Applebee, agrees.)

Maybe I've got some Anglo-Saxon ancestors.

Posted by Lisabet Sarai at 3:32 AM