Humor in the Bedroom? 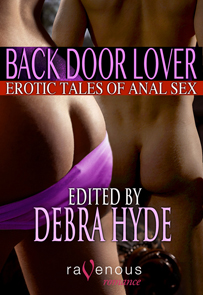 I know it is crazy. If I wrote mysteries, employers wouldn’t think I am a murderer, but for some reason writing erotica gets me listed in the freak-don’t-want-to-hire file. In other words, the gate keeper deems me inappropriate.  I’ve never had an erotica editor look at my automotive repair articles and decide I’m not someone they want to work with on a project. I find that funny. Sex is a natural part of our lives, but writing about it makes me unemployable instead of showing that I can write and edit about a variety of topics, including the most difficult one of all – Sex

Eventually that same writer did write an erotic romance and sold it to Loose Id, but she refused to share the news with the rest of our writing group because she was ashamed of the erotica content. Can you believe it? She didn’t want to lose the respect of the other writers in our group for “writing such stuff.” The writers she was worried about have always been supportive of my writing, whether it was erotica, technical articles about auto repair, or my venture into children’s literature. It doesn’t make sense to me. Sex and erotica are a funny business, but that takes me back to do the readers want humor in their smut reading? Let’s face it, sex is serious business. So it depends on the sales.

When my friend, Gavin Atlas tried to help me with this entry, he said, “Heat is difficult for me to maintain if I'm also wanting the reader to laugh.” I’m sure a lot of writers feel this way. How do you make it hot and funny? Can it be both?

One of the first qualities women choose as important in a partner is sense of humor, but does it belong in the bedroom? I’m not sure. It can help you connect to your partner, but it can also be a distraction. I say it depends on the couple.

And her story in Back Door Lover here.
Posted by Kathleen Bradean at 11:29 AM