Angst Through the Ages--Suz deMello edition

I've found that my level of angst and stress has fluctuated through my life stages.

Apparently I was a happy baby:

As a child, I had moments of stress: 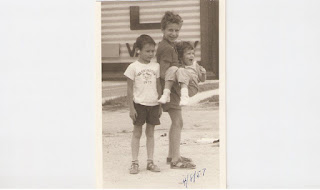 My angst level zipped up to the stratosphere when I entered middle school. The onset of menstruation and the appearance of social anxiety were way too much for a sheltered little girl, which I continued to be for decades. I became an insomniac. I used and abused drugs, mostly pot, in an effort to control undiagnosed depression.

But I was pretty cute--that's my HS grad pic:

As I entered my twenties, my drug use increased as I added more drugs to my pharmacopeia, most notably booze, cocaine and meth, plus occasional use of hallucinogens. I was still suffering from depression and insomnia, but was less concerned about existential angst than I was when a college student--the genesis of the universe was of less interest to me than when I could get to the Holy City Zoo and catch some live comedy, laughing my cares away in a drug-induced fog.

Then came law school graduation and the establishment of my law practice. 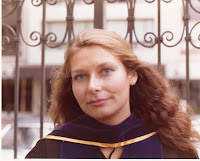 No angst, but serious stress and depression as I struggled to present a happy, successful face to the world when I was torn to shreds inside.

Then I married, allegedly the happiest day of my life. Not. I wasn't sure of my decision, and though I've been apart from my ex for ten years now, still can't decide whether that marriage was a good idea--though I am certain that I will never remarry. What for?

Menopause brought a measure of peace. After working through the hot flashes and other assorted symptoms, everything mellowed out. The depression that had plagued me had gone, victim to the massive chemical changes wrought by menopause. YAY!

I'm still a highly stressed person--that seems to be a part of me. But my angst is gone forever.

Has anyone else had a similar experience? That angst has mellowed with age?