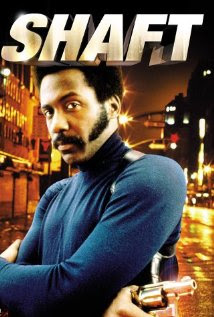 1971 was the year the first movie about John Shaft, a cool black American private eye, came out. It had a lushly suspenseful symphonic soundtrack. (I wish I had the technical expertise to include it here, possibly with a scene from the movie.)

1973 was the year I met Pepple Ikiriko in London, England. He was a refugee from the Nigerian Civil War, studying accounting at the North London Polytechnic on a government scholarship. We moved in together and made plans to marry in Canada after I returned home there and sponsored him into the country.

The Seventies were in full swing during the year I lived with Pepple in London, where the Nigerian community was 50,000 strong (largely due to the civil war), and the 1940s Retro Look was all the rage. Reggae and disco were on the rise.

Pepple wanted to go to a brave new world where he could be a Big Man with money to burn (he wasn’t fussy about the exact currency) and charisma to match. As I was to learn, he was a fairly typical Nigerian. He had vague plans to start a business which would be wildly successful. After I had succeeded in importing him across the Atlantic, to the Canadian prairies, he and the other Nigerian expats I helped him find (through the local telephone directory) liked to concoct plans for importing Nigerian stuff into Canada while exporting Canadian stuff to Nigeria. None of these alcohol-fuelled plans was ever put into practise, but the dream seemed important to Nigerian men who could hardly have been farther from home.

After our wedding in 1975, it slowly sank into Pepple that my father, an economist who taught at the local university, was not going to support us, let alone finance his son-in-law’s economic ambitions. My mother was a housewife with no money of her own, or so I thought at the time. (Many years later, after my parents’ deaths, I found out about their amazingly substantial investments, some in my mother’s name only.) My parents were very discreet and close-mouthed about their income, and I assumed from their frugality that they had never had much.

Pepple thought he was being financially rejected by a horribly racist pair of rich white Americans living in Canada. To him, they must have looked like an iceberg he couldn’t climb.

Shaft, the character with the suggestive name, seemed to sum up everything Pepple wanted to be. We had the soundtrack LP (a vinyl record) and he played it over and over. Just wait, man, the music seemed to say, your time is coming. Richard Rountree, the actor who played Shaft, seemed like the essence of Seventies Cool. (The word “blaxploitation” didn’t seem to exist then, and if it had, Pepple would have rejected it as a description of movies like Shaft).

The music sounded more ominous to me, more like a warning: this shit ain’t real, suckers! I was well aware that John Shaft was a scriptwriter’s invention, an embodiment of black American ambition mixed with machismo and exuberant Seventies style.

A man named shaft would obviously have no trouble performing sexually – anytime, anywhere, with any woman. (But definitely not with a man.) Pepple, on the other hand, often had trouble maintaining a hard shaft. His drinking probably contributed to the problem, but what made it much worse (at least for me) was his refusal to acknowledge that he was not a legendary stud. According to him, I was turning him off. I was not a virgin, and he thought I was the kind of sleazy white woman he had been warned about, the kind that wouldn’t hesitate to cheat on the man to whom she owed a lifetime of devotion.

How dare the universe deny Pepple what he wanted? Shaft wouldn’t take that shit!

As I watched him alternate between delusional hope and bitterness, I couldn’t imagine what kind of groovy seventies chick I would have to be to satisfy him. A rash of books about sex, some aimed at women, assured me that yes, even “good girls” were supposed to love it! We were supposed to embrace our Goddess-given sexuality!

Yet if I loved it, even with my legally-married husband, he could be righteously disgusted.

Besides his dread of backstabbing whores, he claimed to accept the radical black message from the “brothers” in America that real black men prefer real black women, the living embodiments of an African goddess. (And on the subject of Foxy Brown and her fictional sisters in blaxploitation, I could guess even then that treating live women like symbolic icons is not really an alternative to racist and sexist oppression.)

Supposedly a man like Shaft would fool around with any hot babe – why not? – but he would only marry a “sister.” Yet Pepple had married me. I couldn’t imagine what I could become that he could accept. (He knew my parents, so pulling a Rachel Dolezal wouldn’t have worked, even if it had occurred to me.)

I had been raped at university in 1971, and that seemed like the beginning of my image as the Madwoman of the family. According to my parents (who had been advised by the male psychiatrist in Ontario who saw me first, and several others that they took me to later), the triggering incident was not a “real rape.” They seemed to assume (as far as I could tell) that I had been driven out of my mind by consensual sex, which was very bad for me. My mother wanted me to go to a doctor to get medicine to “cure” my inappropriate sexual feelings. Soon after my wedding, she told me privately that she hoped my new husband didn’t demand sex very often.

Pepple told me he didn’t like frigid women. But apparently he despised independent sluts even more. He clearly wanted a woman who would be the perfect accessory for the successful man he wanted to be.

It was painfully clear to me that we were both crashing failures, both light-years away from what others expected of us and what we each wanted to see in the mirror.

In some sense, this relationship, so reminiscent of a bad acid trip, was typical of the Seventies: a vague but powerful, surrealistic, contradictory promise that was never fulfilled.

When I looked up Richard Rountree while I was planning this post, I saw a contemporary image of a mature man, not the cool dude of the seventies, but an actor in his own seventies with an impressive list of roles to his credit. I wish him well.

I don’t really know whether Pepple made it to age seventy because I believe he lied to me about his birth-date to seem younger. He died of a heart attack the day before New Year’s Eve 2006, after complaining bitterly about being surrounded by enemies who were out to get him. I wish him well too, wherever he is.