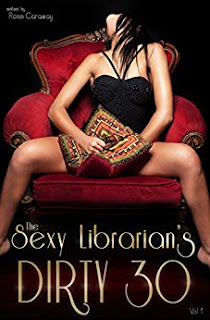 Ah, the roommate agreement, such as the one Sheldon insists on in the sit-com Big Bang Theory. As groan-worthy and legalistic as it sounds, it appeals to me. If all the rules of living together were written down, no one could say, “I never promised to . . . “ even though they did. No one could take anyone else’s willingness to do various chores for granted, unless it had all been explicitly discussed and written down. With witnesses on hand.

My story, “Alpha Male”* is written from the title character’s viewpoint. He is a Sheldon Cooper-like graduate student in biology who shares an apartment with his old friend from high school, a young woman named Kelly who loves all the arts and hangs out with creative types. To say there is a credibility gap (or synapse) between Rob the scientist and Kelly the fledgling actress would be putting it mildly. She seduced him once before by getting him high, and he considers that an experiment that shouldn’t be repeated.

“You’re a brat,” I said, lifting her off her nylon-covered feet. She should have known I was strong. My best experiment was my plan to pack thirty pounds of muscle onto my bony frame for self-protection. My sessions in the gym were paying off, not to mention the supplements I was getting from a guy named Mike.

“Brats are children,” she told me recklessly in her vulnerable position. “You never take me seriously.” Her large, blue-grey eyes looked as restless and troubled as an ocean. Kelly’s feelings always seemed close to the surface.

Against my better judgment, I sat down and held her on my lap, where she did nothing to discourage my rising boner. “Kelly.” I sighed. “You are such a pain in the ass that if we hadn’t known each other so long, I would ask you to move out. Is that serious enough for you?”

I honestly didn’t expect tears to fill her eyes and pour down her face. “You never tell me what you want!” she sniffed, wiping her face with both hands. “You could give me a list of rules, and I would follow them. Robert.”

Hmm. I reached for a kleenex, handed it to her, then casually groped her perky little breasts through the corset. “Could I spank you if you don’t?”

She looked hopeful, and the light in her eyes was like a glimpse of sunlight breaking through storm clouds. “Yes, really. Or tie me up. Or whatever you want.”

Rob had not seriously considered these possibilities. Now he is really tempted, but he is secretly terrified of losing control, and he wants to establish boundaries for both of them. He offers her this deal.

“Be mine for a week, my pet. Just a week. I need to know you’re faithful to me. I can’t have my girl hanging out in dives and getting picked up by strangers.”

The pleasure of role-playing was another thing I had underestimated.

I lifted Kelly off my lap. “On your knees, girl.” I stood up, pulled my T-shirt over my head and dropped it on my desk, then unzipped my jeans. When my cock sprang free, I enjoyed seeing it reflected in her eyes.

I sat down and spread my legs. “Show him some love, my slut. You know how.”

She held my meat lovingly and guided it into her mouth. She closed her eyes as she closed her lips around the base. My cock was bathed in her heat, and it wanted to fill the space.

I had never come in her mouth before. “Uh!” I warned with more passion than clarity. And then it was too late.

Kelly opened her eyes when my juice flooded her mouth in a series of spurts. I wouldn’t apologize for what she had so skilfully pulled out of me, but I could give her a choice. “Girl, you don’t have to --.”

Kelly released my softening cock and swallowed. “But I did, Master Sir.”

I laughed as I petted her silky hair and pulled her into my arms. I loved the position she had to assume, with her ass sticking up. “You did well, pet,” I told her. “As a reward, you may taste my essence whenever you like. I can assure you it won’t give you anything but a salty aftertaste. Unless you receive it somewhere else.”

Rob has already been reminded that his smaller head has a mind of its own, and he is taken aback by Kelly’s apparent willingness to take whatever he gives her. He gives her another warning.

“My slut, you’re very good at pleasing me, but I need a girl I can trust to make sensible decisions. I don’t want a mindless bimbo.”

Lightning flashed in her eyes. “Permission to speak, Master?”

“Please do, my dear. I don’t want you to hide your thoughts from me.”

“I’ve never been confused about what I want – Robert. While you weren’t looking, I grew up and found my calling. I went to the clubs and made friends in the leather scene. I’ve introduced you to just about everyone I know, and you keep them at a distance with your own style of cold politeness. I’ve tried to show you how I feel about you, but you seemed oblivious until I got you high. And then when I got in your face today.”

Rob now has more information than he had before. He tells Kelly to stand still with her back to him.

Hoping she wouldn’t guess that I was improvising, I pulled out a length of string and wrapped it around her wrists. “This is just cotton string, pet. You could break it, but then I would stop playing and leave you alone. Do you understand?”

I unhooked her garters and rolled her stockings down her legs. Then I pulled her lacy panties and garter belt over her hips and firm buttcheeks, exposing them to my admiring gaze. “You know you’ve earned a spanking, don’t you?”

Kelly turned her head, trying to read my expression. I held her jaw as I gave my order: “Eyes straight ahead, pet.”

“I know you want to give me a spanking, Master.”

I chuckled. “Now you’ve really earned it for not answering my question. Your safe word is ‘plateau.’ Can you remember that?”

“Yes, Master. ‘Plateau’ means I’ve reached my limit.” Her voice sounded sweeter than it had before.

But they haven’t reached perfect agreement. Rob explores her with his fingers, to put her in “the proper frame of mind,” then gives her a spanking, but she doesn’t use her safeword.

“Don’t move,” I told her. I went to my bedroom, my congested cock bobbing with every step. I found a coiled leather belt in my belt drawer, and brought it back to where my pet was still patiently draped over the arm of the sofa. I wondered if the fabric would be permanently stained, and this possibility tickled my pride.

Was I wise and responsible or was I becoming a caveman? I had no time to ponder these questions. I drew back my arm and let the leather fly through the air to kiss her ass.

Kelly jerked and moaned. The second strike drew a muffled scream from her. I didn’t hear anything that resembled her safe word.

I gave her two more for good measure, and a welt appeared on the tomato-red curve of one cheek. I gave her one more, and another. The last strike drew blood and a kind of gasping sob. But there were no words.

“That’s enough, girl.” I held her by the shoulders and moved her around so I could lay her face-down on the sofa. Every part of her body looked wet. She was trembling.

“My brave pet.” I soothed her with my voice and my hands. “You need to use your safe word. Knowing your limits is one of your duties to me. Remember what I told you?”

“Yesm,” she answered, her mouth against a sofa-cushion. She didn’t need to tell me that coming is worth what it takes to get there.

Kelly sat up, wincing. “Master, you’re a natural. I knew it. You’re an alpha male.”

“I’ll get better with practice, pussy-slut, and you have a few things to learn too. Bend over again so I can put ointment on your sassy bottom.”

She sighed with pleasure as I lightly smeared cool ointment on her hot skin. I kissed her neck. “You’re mine now, Kelly,” I told her, “and you’re living in my castle. For this week, you’ll tell me what you’re feeling and when you’re coming. You’ll clean up after me, yourself and the cat.”

When the story ends, Rob and Kelly have the rough beginning of a verbal contract. As the author behind the scenes, I would advise them both to get hold of a standard contract for such relationships, then customize it by mutual agreement.

I probably should have studied law. :)