Whipped Cream and Other Delights 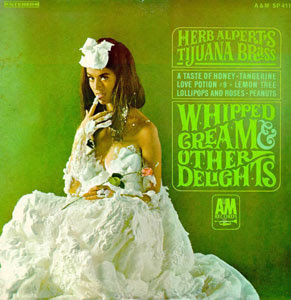 Ever notice that we use the same words to talk about sex and food? Of course, both are fundamental needs, rooted deep in our animal selves. I suppose that eating is in some sense more basic than fucking, since one can live without the latter (albeit miserably) but not the former. Who can say, though, which offers the greater pleasure?

Furthermore, we treat our lovers like food. Taste, texture and smell all contribute to the recipe for arousal. We bite, slurp, suck at, and swallow one another.

I haven't written too many tales that directly mingle food and sex, but I do love to describe what my characters are eating as the tension rises. My heroes tend to be as skilled in the kitchen as in the bedroom. I do have one scene, though – the “famous” chile pepper scene from Raw Silk – in which food plays a major role.

Shall I give you a little taste?

“Come, have something to eat. I hope that you enjoy spicy food.”

“Definitely,” Katherine replied with a smile. “At home they say that it is because of my red hair.”

Somtow ran his fingers affectionately through her curls. “I see. So perhaps red hair is associated also with hot blood?"

“Try this, then.” He offered her a plate of raw papaya salad. She recognised this as one of the spiciest dishes available from Thai restaurants at home, but was not prepared for the stunning effects this version had on her tongue.

“Goodness!” she said, taking a spoonful of the coconut rice that normally accompanied this dish, to dampen the fires in her mouth. “I thought that I could handle hot food!” They both laughed.

Somtow opened another bottle of wine and refilled their glasses. They continued to nibble on the exotic delicacies he had provided, sitting half-naked on the cushions in the balmy night.

Katherine found her gaze drawn again and again to his smooth, muscular chest. The folds of the sarong around his waist hid his penis from her eyes. She wondered what he would do if she reached down to touch him, as she longed to do.

Somtow was talking about Thai cuisine, the two thousand royal dishes and the hundreds of other, ’country-style’ recipes. Suddenly, it seemed, he noticed her looking at his body. She blushed a little. He said nothing, but reached across the table to pick up a bowl of raw chillis.

“Did you know, Katherine, that Thai chillis are considered to be among the hottest in the world?” He picked up a bright green pod between his thumb and forefinger, and raised it to his mouth. Instead of eating it, however, he ran the pepper across his lips, almost as if applying lipstick. Then he leaned forward, and kissed Katherine lightly.

The chilli oil made her own lips tingle and burn. “Mmm,” she murmured, as she returned the kiss with enthusiasm. She felt him untying her sarong, and then, his lips were on her nipples again, first the left, then the right.

She was not prepared for the sensations that assaulted her as the pungent oil touched her skin. Her nipples were still hard, sensitised from her recent arousal. They burned and throbbed, almost painful, as Somtow deliberately anointed them with the remnants of the pepper. The near-pain was overwhelmed by the pleasure, though, as a delicious warmth radiated out across her breasts.

As you may imagine, my hero does not limit his attentions to my heroine's breasts...

Some people like to use honey. Some like chocolate. Our upcoming Saturday guest has a thing for cupcakes.

Don't worry about the calories. If all goes as intended, you'll burn them off.

By the way - last year I produced a cookbook in PDF format as a holiday gift to my readers. If anyone would like a copy of Recipes from an International Kitchen, just contact me by email. You can find my email address at http://www.lisabetsarai.com/links.html.

Posted by Lisabet Sarai at 6:24 AM