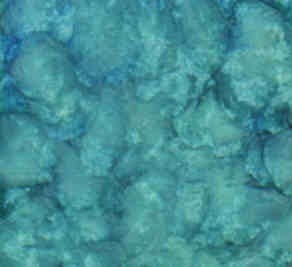 Fantasizing about sexual pleasure seems to me to be the best way to imagine heaven or nirvana. Yet ready-made descriptions of heaven, paradise, the Garden of Eden or the “promised land” are usually offered to the faithful by organized religions that discourage personal fantasies, especially about sex. Such mental self-indulgence might lead to the real thing.

In some sense, my upbringing was blessed: I wasn’t brought up in a strenuously Christian household. My parents belonged to the local Unitarian Fellowship, a liberal-humanist discussion group which overlapped considerably with the faculty of the local state college.

However, I spent my formative years surrounded by Mormons, members of a debatably Protestant sect formed in the U.S. in the early nineteenth century. After they were driven out of the state where they originated, they migrated west to an area they defined as the Deseret, or the “promised land,” which later became the states of Utah and Idaho. By the time my family moved to southern Idaho in the 1950s, a watered-down version of Mormonism (no longer polygamous but still favoring early marriage, male dominance, childbearing as women’s chief function, and sobriety) dominated the local culture.

I ran across the phrase “land of milk and honey” in my childhood. I learned that the ancient Israelites, like nineteenth-century Mormons, either found their way through a desert to this “promised land” or at least had faith that their God would lead them there.

I couldn’t believe that anyone could seriously regard the sagebrush hills of the Deseret as a haven, an ideal place to live. And why would anyone describe an environment in terms of milk and honey? I knew that both those items were available in grocery stores, but this fact didn’t induce grateful piety in me. My parents believed that children should drink cow’s milk every day, and not because it was a divine elixir.

In time, I realized that a tribe of seekers who would fantasize about milk and honey must have experienced a scarcity of those things. I could have believed I was living in the “promised land” if I had ever seen a brown spring of Coca-Cola bubbling miraculously out of a crack in the hard ground. Clearly, my fantasies were as specific to my life as other people’s were to theirs.

Much erotica, especially the kind that focuses on traditionally-stigmatized sexual communities (gay men, lesbians, bisexuals, polyamorists, trans folk of various sexual orientations, those involved in a spectrum of “kink”) features alternative cultures in which everyone is “queer,” multiply-mated or entitled and expected to occupy a Dominant or submissive role for life. Usually these cultures are accessible only to those found worthy and who are willing to undergo an initiation.

It’s easy to imagine a sexually-explicit version of the Harry Potter novels, featuring adults with magical gifts who are misunderstood by the philistine Muggles around them until they are rescued and brought to a special school where tribal adepts teach them to develop their powers.

The imaginary cultures in works of sexual fantasy are often unsustainable, since no tribe, however liberal or kinky, could really afford to engage in sex all day long while ignoring basic human needs for food (grown, hunted and cooked), sleep, clothing, shelter, tools, transportation or medical care. Even still, these cultures are fascinating places to visit for a few hours out of one’s “real” life.

Probably the most enduring theme of my own fantasies, starting at about the time I reached puberty, could be called Permission. While my life at school and at home was a sexual desert in which “nice girls” weren’t expected to think about it, much less to do it,
I could dream about being a princess in a worldly court in which ecstasy was assumed to be my due, and where my sexual initiation (not to be confused with a Mormon-style teen marriage) was cause for general celebration. Or I could imagine being a priestess/witch whose orgasms had the power to save a kingdom from drought caused by the psychic stinginess of an evil wizard.

The sex I wanted only seemed possible in a place where it would not be judged as a sign of sinful self-indulgence or trashy intellectual stuntedness. While people, especially women, who love sex are still a topic of snickering jokes in the real world, sex in my dream-world was and is a noble calling, a source of honor rather than shame.

The phrase “bitch in heat” is rarely a compliment in the vanilla social “mainstream” of our world, but all non-human female mammals express sexual need in regular cycles, and no one in my life has ever suggested that dogs, cats, cows or mares need therapy to cure them of their nymphomania, or that they all deserve to die alone of sexually-transmitted diseases. An imaginary combination of blame-free mammalian lust with human intelligence (such as it is) has appealed to me for years.

The briefest sprint through the paranormal erotica that is currently available will turn up cat-women in heat, bionic women, she-dragons, female were-animals (shapeshifters) of every species, all in states of intense, contagious lust. As they say, great minds think alike. The charm of a bitch in heat, of course, is that once she appears, sexual satisfaction is bound to follow for everyone involved: both for the bitch whose pheromones are irresistible, and for everyone who might want to mate with her. And in an alternative world, the inevitability of “heat” would give rise to a culture that accepts more-or-less random sex.

The satyrs and centaurs (goat-men and horse-men) of ancient Greek mythology are the fantasy male equivalents of the bitch in heat, but their unlimited desire and ability are less obviously unreal than their animal qualities. In the real world, no one is constantly ready and willing all day and all night, but human males are expected to meet this standard. Anyone who has ever had a sexual relationship with a man knows how impossible expectations can damage a relationship, even when a man imposes them on himself. Men like this turn to chemical aids, self-blame, partner-blame, distractions or cheating as ways to cope with their human limitations, and thus the original problem can spin out into a lifestyle worthy of a talk show.

In a fantasy world, there is never a limp cock or an argument about why it is not granite-hard. Ironically, the only masculine characters (in fantasy or in life) who can be ever-ready are those equipped with “cocks” not made of human flesh. If Real Men are conceived of as sex machines, only the unreal (in some sense) need apply.

Is it harmful for mere mortals to escape from the frustrations of this world into an imaginary garden of earthly delights? Realms of sexual fantasy are criticized both by psychologists who warn dreamers and readers that spending too much time there is a diversion from solving real problems and by reviewers/literary critics who complain that fantasy worlds and the characters in them just aren’t plausible. Somewhere beneath these objections, I smell a religious argument: trying to improve on God`s creation, even in the privacy of one`s own mind, is a dangerous heresy.

However, every human invention or discovery that has improved our collective life started out as someone`s fantasy. (And in many cases, the critics claimed it wouldn`t work.) Instead of defining sexual fantasy as a harmful addiction and trying to give it up completely, one could decide which elements can be incorporated into one`s real life in a way that is reasonably safe, sane and consensual. Repeated dreams about milk and honey (so to speak) might be a sign that one is living in a barren desert even though there are real dairy farms and beehives in the world. Going forth to find them might be a sane plan.

Most people of my acquaintance dream about getting more of what they want. For all I know, animals might also fantasize; dogs might imagine themselves roaming the wilderness with their wolf pack-mates, cats who clench their muscles in sleep might be seeing themselves as running tigers, while lizards might dream of being dragons living in cozy caves, each with a stash of something a lizard treasures. We might as well accept our fantasies as a fact of life.
-------------------------------------------------