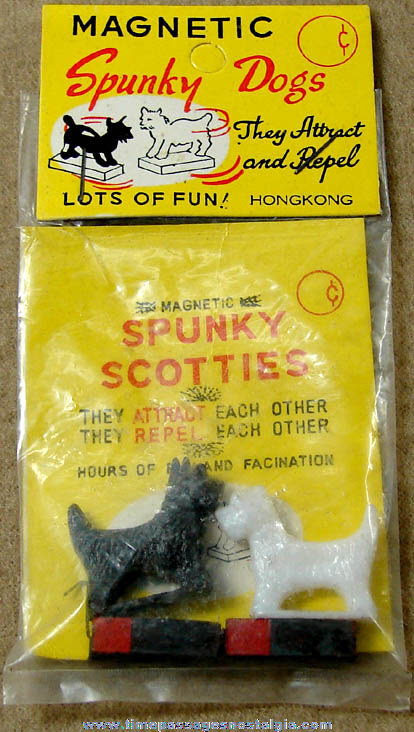 Even though Pops was in the Air Force, we lived in the college town of Stillwater, Oklahoma because he and my mother were working on their PhDs. Living far from the military was just fine by them, although there was one perk they couldn't pass by, and that was shopping for groceries at the commissary, where food was much cheaper than at the local market. So every once in a while - I don't remember how often since I was in kindergarten at the time - we'd make the long drive from Stillwater to the military base near Oklahoma City.

Like one of the drivers in the opening scene of Steinbeck's Grapes of Wrath, I remember Pops swerving around box turtles crossing the highway. I don't know if he swerved for tarantulas. And even though I was glad for the mercy he showed the turtles, the swerving didn't help my perpetually carsick stomach. So they often put me in the front seat - to the dismay of my sisters - and turned the air conditioner full force onto my face in the hopes that would keep me from puking. It didn't, but it was a great seat to watch for turtles from.

An adult would have measured the drive to Oklahoma City in miles, but I had my own landmarks. There were the signs for Lake Carl Blackwell, a shallow graveyard of drowned trees where we often went fishing and never caught anything. Sometimes another fisherman would land a catfish and I'd stare at the quivering barbs around its huge mouth while the men admired or sulked at the catch. Much closer to Oklahoma City was a genuine tourist trap done up in timbers like log houses and touting arrowheads and other Indian goods. We'd been to Boot Hill in Dodge City a few times so I knew what we'd see if we ever stopped - plastic drums and toy horses and cheapie bow and arrow sets that couldn't hit a damn thing. Still, I wanted to look. I always wanted to look. My parents never did. I knew better than to ask.

Between the lake and the tourist trap though was a glorious haven where we always stopped for gas and to use their restrooms. The bill boards started miles away and counted down. 18 MILES TO STUCKEY'S. FREE DIVINITY WITH PURCHASE OF GAS. Ooh boy. I sure loved divinity. We always filled up with gas, but I never saw the candy. 12 MILES TO STUCKEY'S. CLEAN BATHROOMS! 10 MILES TO STUCKEY'S. HOT COFFEE! We never sat down in the restaurant, and I don't remember either of my parents buying a coffee there even though they drank pots of it at home. 8 MILES TO STUCKEY'S. PECAN LOG ROLLS. Pecan log rolls were another longing that would never be filled even though my mother was from Georgia and by law - to my way of thinking - should have been honor-bound to love all things pecan. But I also knew that we were so poor that my parents couldn't afford such fancy things as pecan rolls and coffee shop coffee where you had to tip the waitress and maybe buy some food for the kids to keep her from giving you the stink eye.  Just as I began to wonder how long it took to drive eight miles, I'd see the blue roof off in the distance. From the way they squirmed in the back seat with me, so did my sisters.

Finally, we'd pull off the highway. While Pops filled the car, Mom grabbed our hands and headed for the bathrooms. There was usually a line, which was all right by me, since the thing about Stuckey's was that they had stores filled with all kinds of interesting stuff, like cans you could turn upside down and when you turned them back over, they'd moo like a cow.  And they had all kinds of pecan candy, nuts and dried fruits that looked like moist jewels laid out all fancy on a doily with a bright red candied cherry in the center. When Mom got to the front of the bathroom line, she'd call us over - to the nasty glares of women behind her - a send us in one at a time. Then I had to hang close, but then I got to look at the vending machine that sold exotic stuff like rain bonnets that folded into a carried the size of a matchbook and these little magnets that looked like a Scottie dog and a Westie. Black and white. Yin and yang.

I might have wanted divinity and pecan logs, but I lusted after those Scottie doggy magnets like you wouldn't believe. Every time we left Stuckey's, I'd mourn leaving them behind. I dreamed about them. I looked forward to seeing them. I still remember the awful, horrible day that the slot for the Scottie doggie magnets had a stupid sewing kit instead. Thwarted love never hurt so bad. I was nearly in tears, except that crying was not allowed, and crying over something like Scottie doggie magnets would have ended in some epic tragedy like Pops pulling to the side of the road, kicking me out of the car, and driving off, so I didn’t dare even snivel.

But what I could do was plot. To plan.

I saved my birthday money. Then I got crafty and starting hinting that we should go to the commissary. I might have demanded. Anyway, months later - or so it seemed to me - we finally headed back to Oklahoma City. I started squirming with anticipation before the eighteen mile billboard. My sisters pinched and punched me to keep me still. In all my excitement, I of course got carsick so we had to stop for that. I was rather practiced at throwing up by then so I made short business of the episode and was back in the car in seconds. Finally, we pulled into the parking lot at Stuckey's.

In some stories, this would be where the kid runs inside and sees the vending machine replaced by a cigarette machine (this was back when they had them) or row after row of stupid sewing kits, but in this story, the Scottie doggie magnets where there, and I got to spend my birthday money on them, and I was incredibly happy.

Someone should have been more careful about gluing the black and white plastic dogs to the magnets because my Scottie doggies would only sniff butts. (This should have been an omen.) I tried to make them kiss, but they repelled. I'd try to sneak one up on the other, but I'd feel the resistance growing the closer they got. Sure, I could force them together, but they'd spring apart as soon as I left go. Eventually, one of my little scottie doggies couldn't take the stress of being forced into a romance and, repelled by their matching poles, disappeared under the seat, never to be seen again.

I should have just let them enjoy sniffing each other's butts.
Posted by Kathleen Bradean at 5:30 AM