Here is a day in my life! Hooray! 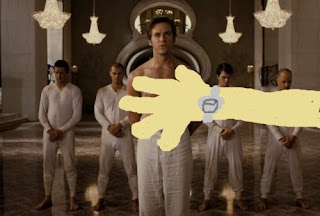 First, I have a period of intensive research. 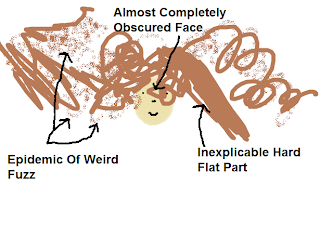 Then comes time for my impeccable grooming routine. I usually start with styling my hair into the above creation of extreme and undeniable beauty. This is achieved by leaving a towel on my head for an extended period of time after showering. I call it the "Lost The Will To Live" method of beautification. 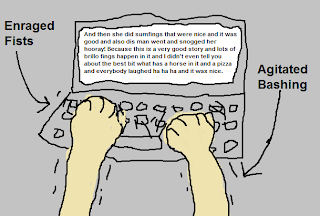 Usually by this time it's about five in the afternoon, so of course you can see how dedicated and involved my research process is - not to mention the strain of trying to take my hair unawares and wrestle it to the ground. I tend to think of my coiffure as a wild animal, so I don't think it's unreasonable to judge my efforts in the same way you would if I punched sharks for a living, or Ju Jitsued bears. Then, once I have done the shark punching and bear Ju Jitsuing, I make a valiant attempt at writing. Of course, by this time I am so exhausted and mentally drained from all the frantic researching and hair battles, that writing is reduced to an increasingly angry assault on my laptop, with my fists - as illustrated.
And no, I have zero clue why my fists look like pale sponges. Please don't email me to ask. I've just spent three hours painstakingly drawing these masterpieces in Microsoft Paint and now I'm too tired to make words, which is probably another stage I should have added to this day in my life:
"Time Spent Being An Idiot"
Which then leads me to the next portion of my day: 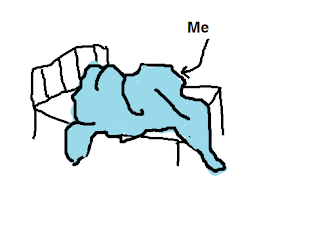 Sleeping and/or crying under the duvet.
I may be crying because the shark fought back after I punched it. We cannot know for sure. 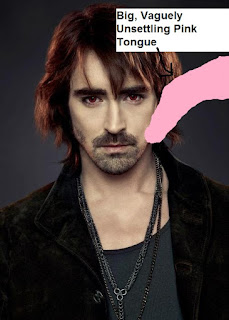 More research. But as you can see, this is a completely different and far more involved type of investigation into important matters (such as the age old question: "how am I supposed to deal with Lee Pace being a vampire?"), that is totally justified even though it's now nine o'clock at night and I've only actually written a paragraph.

More crying and/or sleeping when I realise I've only written a paragraph.
And that is the end of my day. Personally, I judge it an enormous success.
Posted by Charlotte Stein aka The Mighty Viper at 8:35 PM