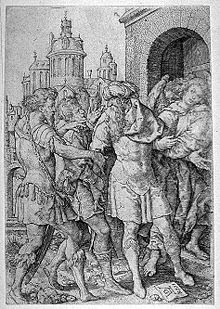 Paul shifts and twitches and gazes beyond my ear before looking down at his feet. “Uh, no. I know what guys are like. I’m a guy. I don’t have to – I mean, you know, touch some other guy’s junk to know how it works.”

“You have to if you want to watch me with my girlfriend.”

“That’s different! Every guy wants to see two chicks get it on. Show me a guy who wouldn’t!”

“Okay, well, then, you can’t blame me for wanting to watch two guys. You’d be helping me with my research. I can’t be sure my M/M scenes are true to life unless I take a close look.”

“Then watch some of your gay friends!”

“I hope to watch one of them, anyway. I hear someone coming up the front walk. Dustin always makes a point of being punctual.”

The sound of the doorbell changes Paul’s expression to one of anxiety mixed with doubt.

I move swiftly from the front room to the hallway, and peep through the peephole in the door. Sure enough.

“Dustin!” I sing out as I swing the door open. He really is one of my favourite people, but I exaggerate my welcome for Paul. “We were just talking about you. I’m so glad you could make it.”

Dustin has glossy dark hair, a chiselled face, and well-defined chest and arm muscles. He worked as a male model and held some shadier jobs in his youth, but he has reached a certain plateau of respectability, and is now known as a Hunk. This is not why I chose him for Paul. Dustin is also known as a Cherry-Buster. He flirts constantly with women, including me, but he prefers men.

I hope Dustin won’t refer to himself as the Black Widow. It’s his way of coping with the grief of losing his boyfriend to a cruel disease, but it makes all his friends wince. It might make Paul jump through a window.

“Paul, Dustin has been looking forward to meeting you.”

Paul is now pasty-faced, but he extends a clammy hand to shake with Dustin. “No offense,” babbles Paul, “but I’m not—I’m sure you’re a good guy, Dustin, but Cheryl doesn’t understand, I mean, not everyone can just, you know.”

The winning smile never leaves Dustin’s face. Without warning, he wraps his arms around Paul’s chest and raises him up on tiptoes as he presses his lips to Paul’s.

I know my ex-husband. Paul wants this, and I want him to stop fighting himself. He is still breathing hard as Dustin holds him at arm’s length to study him better.

“I don’t want it to hurt,” mumbles Paul, looking up into Dustin’s eyes.

“I’ll stop whenever you want me to, honey,” assures the Cherry-Buster.

Paul has a misty gaze. “Not yet,” he tells us both, almost whispering. Then he kisses Dustin the way he used to kiss me.