I’m not your average gay.

I don’t know the first thing about fashion or home design.  I have this almost-paralyzing fear of drag queens.  I can’t dance.  And I don’t like halloween.

However, despite my dislike of Halloween, I do like looking at pictures of gay guys in Halloween costumes.  And in the gay world, a “halloween costume” is little more than a jockstrap.  Andrew Christian, a men’s underwear company that largely targets gay men, has been promoting their “Halloween costumes” lately, which are basically either pairs of underwear with MASTER and SLAVE stamped on them, or a jockstrap that resembles a spider web over the ass.

I realize this isn’t the exclusive realm of gay men.  Women often dress up provocatively on Halloween.  However, I think gay men sometimes take it to the next level.

Today’s post is basically a collection of some of the hottest costumes I found on Google.  It’s some much-needed eye candy.  :)

Let’s start off a little more tasteful here, with some super sexy (but fully clothed) costumes that I found on Google that caught my attention:

And, now, it’s time for the good stuff — the real gay Halloween: 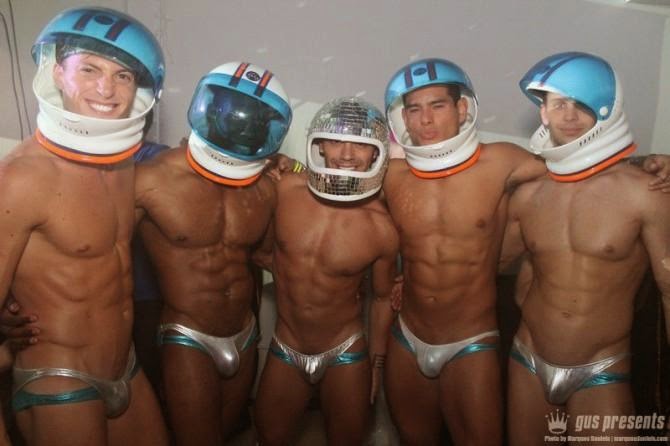 I may not go trick-or-treating -- but these guys are definitely a treat for me!

Happy Halloween!
Posted by Cameron D. James at 8:00 AM