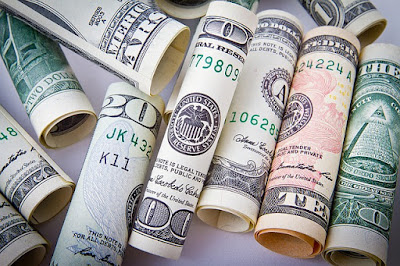 “Tell me about the party at the penthouse, Mr. Bridge.”

Sweat beads on the pudgy man’s brow and stains the collar of his silk business shirt. His suit probably cost more than my salary. My annual salary. I jot down his response in my notebook—phones and cameras have been banned at this hearing, due to its sensitive nature—and grin as Heidi bears down on her victim.

“I’m referring to your penthouse in Las Vegas, on the fortieth floor of your Fantasyland casino, where you entertained Mr. Pyotr Rostov and his entourage on the thirteenth of June this year. According to the other witnesses, there were professional escorts in attendance.”

“So what?” The witness shrugs and turns to the judge with an oily smile. “Hooking’s legal in Vegas.”

Heidi pretends to look at her case file, lengthening the pause and turning up the heat. Of course she’s already familiar with every detail. God, she’s magnificent!

“But not in New York City, where you staged another penthouse party on March twenty second of last year, for a group of Saudi oil executives. A party at which you tied two women into a sixty-nine position and left them that way for more than four hours.”

Bridge’s lawyer leaps to his feet. “Objection! Irrelevant. That case was settled out of court, for a very substantial sum.”

“Your Honor, the existence of that settlement is extremely relevant to the current proceedings. How much did you pay those women to withdraw their accusations, Mr. Bridge?”

The corpulent tycoon shrugs again. “I have no idea. Ask my accountants.”

“My sources indicate that you paid four million dollars to Ms. Linda Franconi and Ms. Anika Narula in return for their dropping their complaint.” Heidi favors him with a mild smile. “That’s a lot of money, Mr. Bridge.”

“Not to me,” says Bridges, swelling with pride. “But probably more than a dyke bitch like you will see in her lifetime.”

The judge sighs. “Please remember where you are, Mr. Bridge, and watch your language.”

“Hey, I swore to tell the truth.” The defendant chuckles, but there’s defensive tone to his laughter.

How does he know? Aside from her fashionably short hairstyle, Heidi’s one hundred percent femme. While her tailored gray suit broadcasts confidence and professionalism, it also shows off her curves. She looks every inch the up-and-coming public prosecutor that she is.

Of course, Bridge may well call every assertive, competent woman a dyke.

In any case, Heidi is not deterred in the least. “To get back to my question—do you admit you paid four million to silence these women?”

“Maybe. Chump change to me.”

“That’s exactly my point, Mr. Bridge. Your Honor, the defendant is so obscenely wealthy that he calls four million dollars ‘chump change’.”

The lawyer in the Armani pops up like a Jack-in-the-Box. “Objection. Counsel is expressing her personal opinions.”

“Very well, Your Honor.” She stalks over toward the witness box in her three inch heels. “Let’s go back to the Las Vegas party. The plaintiff claims that at that party, you drugged her, then sexually assaulted her.”

“Sexually assaulted?” The billionaire guffaws. “She’s a whore, for God’s sake! I paid her to put out, for me and my guests. It’s her job.”

“Ms. Rosario sustained internal injuries after being penetrated by a baseball bat. Do you consider that part of her job?”

Bridge shifts uneasily in his chair. “It wasn’t me. One of the Russkies...”

“Your fingerprints and DNA were found on the bat. Along with Ms. Rosario’s blood.” My lover lays a manila folder in front of the judge. “The lab report, Your Honor, which I respectfully submit as Exhibit A.”

“Fucking Mexican,” Bridge mumbles. “Should’ve shipped her back to Tijuana when she first started making trouble...”

“What was that, Mr. Bridge?” asks Heidi sweetly.

“Nothing—nothing.” He pulls a paisley silk handkerchief from his jacket pocket and wipes his forehead. I scribble away, knowing my readers will love the quotes. “Anyway, I offered to pay the slut a very handsome sum as compensation.”

“Right.” Heidi consults her notes once more. “Two and a half million dollars, according to her testimony. But she refused to take it.”

“Mr. Bridge, I warned you about your language,” says Judge Walters. His tone of voice makes his frustration clear. He’s a good old boy, inclined by nature to side with the defendant, but even he has his limits. “If you continue to use profanity, I’ll hold you in contempt of court.”

“Sorry, Your Honor. But isn’t that whole mess some other case? I’m not on trial here for fucking—I mean, for having sex with some Mexican hooker.”

“Quite right, Mr. Bridge. The charges here relate to public obscenity.” Heidi taps her pen against the file she’s holding. “And we are not referring to your propensity for cursing.”

Returning to her desk, she retrieves another sheaf of papers. “Let’s talk about another accusation. Ms. Thahn Minh Nguyen works in one of your factories in southern California. Her house has been repossessed.”

“Some gook goes bankrupt and it’s somehow my fault?” Bridge grinds his teeth and shakes his head. “Are you crazy or just PMS?”

“Ms. Nguyen’s deposition indicates that you failed to pay her and her fellow workers minimum wage. You also forced her to put in as much as twenty hours per week overtime, without giving her time and a half.”

“I didn’t force anyone to do anything! You think I personally manage every one of my factories? Jeez Louise! Why does everyone pick on me?” He leans forward, stabbing his finger at my partner. “My companies provide jobs for thousands of workers. Tens of thousands. And what do I get for that? Persecution!” He slumps back in his chair. “If Ms. Nooyen’s not happy, let her go back where she came from and free up a job for an American!”

“Ms. Nguyen has been an American citizen since 1992. Her daughter, with whom she’s now forced to live, and her grand-daughters are citizens too.”

“Okay, okay. Let her complain to the Department of Labor. This isn’t my problem!”

“She sued in Los Angeles District Court. The case was dismissed.”

“There’s convincing evidence that the judge was bribed, Mr. Bridge.”

“You can’t prove it,” Bridge whines. “I’m clean. Maybe one of my flunkies was trying to get in good with me.”

“Perhaps. But it was your money, was it not?” Heidi folds her arms over her perfect breasts. “How many companies do you own, Mr. Bridge?”

“I—I don’t know. Maybe a hundred. It changes from week to week. I don’t handle the details...”

“How many houses do you have?” Heidi’s moving in for the kill.

“I’m not sure. What difference does it make?” The defendant reminds me of a sulking schoolboy. “Like I said, ask my accountant.”

“Well, there’s the estate in Westchester.” She ticks off an item on a list. “The ranch in Wyoming. The beach house in Malibu. Penthouse apartments in Las Vegas, New York, Chicago, London and—oh, my, in Moscow! Your pied à terre in Paris—just a petit coin, a mere 2500 square feet. The resort in Cancun, staffed no doubt by filthy Mexican rapists and criminals...”

“Objection!” Bridge’s lawyer is right for once. Heidi’s having much too much fun to be legal.

“Sorry, Your Honor.” She makes a show of counting the items on her list. “Thirty four,” she says finally. “According to our records, you own thirty four houses or apartments. Of course, there may be some we missed.”

“Exactly. But with so many houses as your disposal, perhaps you’d like to be generous and gift one to poor Ms. Nguyen, so her grand-daughters can have their bedroom back, and not have to sleep on the living room couch.”

Oh, this is going to make great copy! It doesn’t pay well, but sometimes I love being a reporter.

Heidi wraps up her arguments. The judge calls a recess to make his deliberations. Given that the criterion for obscenity is community standards, I’m surprised that this wasn’t a jury trial, but maybe Bridge thought he’d do better convincing just one moderately well-off white male.

He was wrong though. When the judge reconvenes the hearing, he pronounces Ronald Bridge guilty on six counts of obscenity and sentences him to three months in prison. Walters doesn’t even mention a fine. He knows that would be ridiculous.

When Heidi emerges from the court room, I’m there to capture her in my arms. “Congratulations,” I murmur as I nibble on her earlobe. Her perfume makes me dizzy.

“Oh, Kat! You know he’ll appeal.” She relaxes into my embrace. I kiss her until her lipstick is thoroughly smeared.

“Never mind. It’s the principle of the thing. Everyone’s going to know about this. Everyone! All those silent people he’s screwed are going to get braver about speaking up. This isn’t just about him, either. Those other billionaires who got rich raping and stealing from ordinary folks are going feel a little less comfortable...”

The door swings open. An African American bailiff emerges, holding Bridge by the arm. He’s off to a holding cell, where he’ll stay until the bail hearing this afternoon.

“Let me go, you stinking nigger!" the prisoner shouts. "You’re going to be so, so sorry...”

Bridge stops short when he notices us. I see him taking in my jeans and Doc Martins, my button-down man’s shirt and the stud in my ear. He doesn’t miss the fact that Heidi looks far less neat than she did in the court room. Her jacket hangs off one shoulder, her silk blouse is half out of her skirt and the top button’s open.

The billionaire just stares as the bailiff leads him away. “Damn, I was right. You are a filthy dyke. That’s fucking disgusting!”

I trace Heidi’s kiss-swollen lips with my thumb and stare him down. “You’re right. Downright obscene.”