Please excuse this late post. I have so much to say on this subject that I’ve decided to say it in two parts for easier reading. I was deciding how to organize the material.

In order to decide whether “love” ever happens at “first sight,” we have to decide what is “love” and what is “first sight.” One-sided or mutual attraction can definitely happen when two people see each other at a distance.

Does anyone still use the phrase, “your reputation precedes you?” In any case, it still does. Sometimes when two people officially meet in person, one or both of them have already formed an image of the other based on whatever information they have picked up.

All this can produce an appearance of “love at first sight.” And as we all know, the need to bring two characters together fast in a story of limited length works better than Cupid’s arrows.

Here is the beginning of my story, “Faith,” in which Cass, the narrator, brings a bundle of misdelivered mail to the intended recipient, Leah. Cass has formed an opinion about Leah based on her appearance and the kind of mail she gets. Cass doesn’t know that Leah already knows quite a bit about her:

Her name on paper is Leah Wagoner, which suggests gypsies on the move. She has deep brown eyes, glossy dark hair that shows bronze undertones in afternoon sunlight. Her hair flows over her assertive shoulders when she doesn’t tie it back. Her breasts are full and joyful. She wears knit tops in bright colors that present her cleavage like an inviting valley in an ad for travel or real estate. The way she stands in her doorway suggests that her legs and feet would rather be dancing. Or walking away.

She gets mail from left-leaning political organizations that want her to sign petitions against human rights abuses, from foundations that want her to help save the whales, the dolphins, the wild birds, the land, the water, the forests, and to join the fight against breast cancer, birth defects, diseases of the heart, lungs, liver, pancreas and brain, as well as malnutrition and a shortage of artificial limbs. She subscribes to a magazine about graffiti around the world -- who knew that "Fuck Off" in a bouquet of languages could be a subject of art criticism? She also gets letters from New York City, hand-addressed by a Matthew Wheeler. His wheels don't seem to bring him here.

"I got your mail again." Including a message from your male. I smile, not knowing whether this is the most appropriate expression to accompany my offering. Should I seem happy that local mail delivery is so careless? Should I wince sympathetically, and run the risk of looking self-indulgent or bitchy?

"Thank you. It's very nice of you to bring it over, Cass." She barely glances at the bundle I brought her before throwing it onto a small table in the entranceway.

She knows my name, though I don't remember introducing myself. My memory must be slipping.

"No problem," I tell her. I know I'm blushing like a teenager. "Your house is right on my way." Duh. Every house is on the way to somewhere.

Why is her mail so often delivered to my house, and never mine to hers? Or does she have a stack of envelopes for me, yellowing in a kitchen drawer? Or thrown out with the garbage? It would be rude to ask.

She has more to say. "It must be part of the grand plan. They say nothing happens by accident."

Is Leah inviting me to become a casual friend, someone she can joke with about Matthew? ("Men!") That wouldn't work, at least for me.

I have never felt so moved by the curves and indentations of another female body. The creases of her elbows tell their own stories. The dark moisture at her armpits looks as rich as the juice of a just-ripe fruit. Her denim-covered crotch sends strong, slow vibrations in my direction. I love the way her hips rock slightly as she shifts from foot to foot. Her smooth neck shows innocence while her voice suggests experience.

If nothing happens by accident, my stupid crush must be a side-effect of a mail carrier's dyslexia, a little joke of the Goddess.

I couldn't really have a crush on someone I hardly know. I must be projecting all sorts of desires onto her because I've been so disappointed by the women I know too well. Plus I'm starving for skin and pussy. I need to stop this.

"I'll see you next time--" I tell her, already turning away.

She pulls me to her with one arm around my shoulders and the other around my waist. Her naughty eyes look into mine as she closes my mouth with a soft kiss. I can't breathe.

She grins. "Sorry if I guessed wrong. But I don't think I did."

"I'm checking you out. I'm glad you're still here." 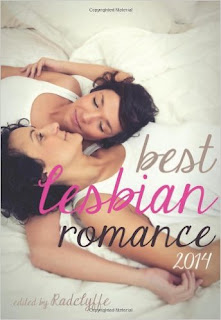 As it turns out, Matthew is Leah’s brother. (He changed the family name.) And as the story title suggests, Leah persuades Cass to have faith that instant attraction can turn into something more lasting.

I think of this opening scene as a fairly traditional introduction scene in romance stories, in which two characters who belong together are both helped and impeded by misunderstandings or misdirection.

I’m surprised that so far on this topic, no one has mentioned the Dearest-Enemies scenario, an old tradition in romantic comedy. This is more extreme than a meeting based on misdelivered mail. I’ll discuss it further in Part 2.