I'm loving everybody's posts this week. Taboo is such a great topic of discussion.

As I read Lisabet's post, I was reminded of something you're going to laugh at me for doing but I don't even care.

I just finished the first season and I'll tell you this: I remember watching EVERY SINGLE ONE of those episodes when they originally aired in 1990.

Yesterday I got to the episode that has lived inside my brain since I first watched it: the one where Dylan and Brenda have sex for the first time. It's been almost 30 years since I first watched this episode and I still remember tons of lines from the show. Like how after they have sex for the first time Brenda makes the hotel bed and when Dylan tells her she doesn't have to do that she says, "What will the maid think?"

That line has stayed with me all these years. I don't know why.  I just like it.  It would make a good book title, wouldn't it?  The butler did it! What will the maid think?

Okay, something else about that episode has stayed with me too.  Something more personal.

My parents knew I loved 90210 even though, being a preteen when it first came on the air, I was a tad young to be watching it.  Maybe not by today's standards, but I don't have kids so what do I know about today's standards?

Anyway, I've mentioned before that my mother worked nights and my father was always passed out by the end of Entertainment Tonight.  That meant I got to watch 90210 (and everything else that came on after 7:30) without parental supervision. And THAT meant I didn't experience the awkwardness of having my mom glaring uncomfortably in my direction as teenagers on TV discussed the risks and rewards of having sex.

My mom did give me "the sex talk" (which was more awkward than informative) but here's what prompted that discussion:

When my mom announced that she was pregnant with my youngest sister, I was mad as hell.  This wasn't your typical sibling rivalry or whatever kids go through when they're afraid a new baby will usurp their Favourite Child crown. I already had other siblings. I hadn't been upset about their existence.

This one was different. I was ten years old and already I had more than enough experience raising children.

You know, I had an epiphany a couple months ago. I heard the word "neglect" and started thinking about the way definitions shift over time.  When I was a kid, I would have defined child neglect as, like, taking off for two weeks and leaving your kids to fend for themselves. I wouldn't have considered myself or my siblings neglected. There was always an adult body present in the house. Now I realize that if that adult body is not conscious, it doesn't count. If one parent is out of the house and the other is perpetually drunk and you've got a 7-year-old running the show, yeah, sadly, that's neglect.

Ouch.  I hope my mom never reads this.  It would kill her.  She is such a devoted parent.  Being a mother is the most important thing in her world.  I know she did what she thought was best for us, always, but living in a domestic violence situation with an alcoholic made life really difficult for all of us.

Not only was I raising myself and my siblings, but I was babysitting a parent as well.  I remember that I always had to wake myself up during the night to go downstairs and check the kitchen. My dad had a habit of coming to late at night or early in the morning and cooking when he was barely conscious. He would put something on the stove or in the oven, then pass out again.  One of my responsibilities was to get out of bed at regular intervals to make sure there was nothing burning downstairs.

So when my mom announced that she would be having another baby, my little 10-year-old brain did its little 10-year-old version of screaming, "How dare you stick me with another kid?" I felt like she was spitting out babies for me to look after. I was so mad.

For whatever reason, my mom was convinced I was angry about her pregnancy because I didn't clearly understand where babies came from.

When I heard this theory, everything inside me did a little 10-year-old version of going: "You have got to be fucking kidding me!" Her theory seemed so juvenile and irrelevant. I had bigger fish to fry.

Of course, I didn't communicate to my mother WHY I was mad.  It would have hurt her feelings, for starters.  More than that, we didn't talk about feelings in my family.  That was a taboo even bigger than sex. I chose to sit through the awkward sex talk rather than admitting to my mom that, at 10 years old, I was already too worn out to take care of another kid.

A few days after that highly memorable Brenda-and-Dylan-have-sex episode of Beverly Hills 90210 first aired, my mom confronted me on the topic. She told me I wasn't allowed to watch the show anymore. Apparently that episode had caused an uproar. Moms across America (and Canada too, I guess) were pissed these two teen characters on a TV show discussed the possibility of having sex, had sex, were happy about their decision, and nothing bad happened.  Everybody knows that when teens have premarital sex on TV, their genitals are supposed to shrivel up and fall into a bucket of boiling lava.

Anyway, the hoopla around this episode was such that my mother heard about it and confronted me on the issue.  I remember her exact words: "I've heard that Dylan and Brenda have already had sex!"

And you know what I said?

I lied for them.

I lied for Dylan and Brenda.  I did it to protect their reputations.  No, that's not true.  I lied because I wanted to keep watching the show.  Mind you, one of the perks of being a neglected child is that, between raising someone else's kids and making sure the house doesn't burn down, you can really watch whatever you want on TV. 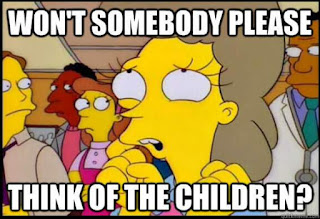 Giselle Renarde is an award-winning queer Canadian writer. Nominated Toronto’s Best Author in NOW Magazine’s 2015 Readers’ Choice Awards, her fiction has appeared in well over 100 short story anthologies. Giselle's juicy novels include Anonymous, In Shadow, Cherry, Nanny State, Seven Kisses, and The Other Side of Ruth.
http://donutsdesires.blogspot.com
Posted by Giselle Renarde at 1:00 AM