Most people who know me know I have a serious big girl’s crush on Professor Brian Cox. For those  not familiar, Brian Cox is a physicist from the UK, professor of particle physics no less, at the University of Manchester. 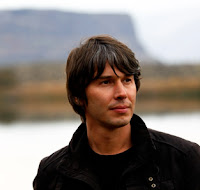 He wasn’t always a worthy professor. The multi-talented Prof. Cox started out his career as keyboard player in D:Ream.When he’s not enlightening young and eager minds he does a lot of television work.

He fronts scientific documentaries on television, perhaps the most well-known being The Wonders of the Universe. He also did a hilarious piece once with Jonathan Ross where they played around with liquid nitrogen… but I digress.

The lovely Brian Cox is eye candy for the thinking woman. He makes the most convoluted scientific concepts seem worth grappling with, and it was on one memorable occasion when I was drooling over the TV that he attempted to explain chaos theory. As far as I can recall, the gist of the thing was that everything in the universe is part of a pattern, might be a huge pattern, but the universe strives for order and will try to create it. He went on to trickle some sand out of his hands and it fell in a pile – like it does – which Prof. Cox said proves why time goes forward not backwards.

I confess, the finer points of the argument eluded me than and still do. But I always thought it was a nifty thing to say, and it’s certainly true that time only goes in one direction. I had that core truth in mind when I was writing The Dark Side and I just had to weave it in somewhere. Here’s the excerpt, from Darker, the second book in The Dark Side trilogy. Eva is explaining how she manages to put the theory to good use. 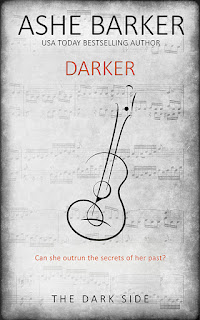