Here are some definitions of “flirt,” according to the on-line Merriam-Webster Dictionary:

1) To behave amorously without serious intent, e.g. He flirts with every attractive woman he sees.
2) To come close to reaching or experiencing something, e.g. They were flirting with disaster.

Skimming through the stories in my “Documents” on my home computer, I noticed that clear examples of flirting are hard to find, possibly because I’m well aware of that last definition. Too much of what seems like harmless (i.e. non-sexual) flirting to one person can look like a serious invitation to another. When I was just old enough to date, my father warned me that girls can “get themselves” raped by “leading guys on,” which sounded to me like flirting.

I was tempted to avoid speaking to any man I hadn’t known for years, lest guys read too much into expressions like “How are you?”

As a long-term volunteer on the local sexual assault line, I’ve heard too many stories of conversations that quickly led to physical assault by an angry man who told a woman she was “asking for it.”

On the other hand, I’ve written many dialogue scenes that could be described as negotiation, which seems to me to be more serious than flirting, even if the conversation sounds deceptively casual. I actually wish more people would bargain honestly with each other for the kind of relationships they want, even though some personal negotiations could go on for days, like the kind union-management meetings in locked rooms from which spokespeople from both sides emerge looking haggard, and the media reports that “no agreement was reached.”

Dee is on maternity leave from her job after having her first baby. She lives with Brian, the baby’s father, who wants to marry her. Despite what her mother taught her, she doesn’t think marriage should be every woman’s goal.

Without disturbing the baby, he managed to hold my chin so that he could kiss me.

“Honey,” he told me, “we need to talk about why you don’t want to get married.”

“We need something to eat,” I answered. “Let’s go into the kitchen.”

“Okay,” he agreed. “But we’re also going to talk.” I envied the baby, who had no idea what was going on between her parents, as far as I knew. But then, I thought, even babies are probably more complicated than we think.

I pulled on a bathrobe, and we all went to the kitchen, where I busied myself making toast and scrambled eggs. Brian helped, finding every excuse to touch me. When I needed both hands free, he gently pulled the baby out of my arms.

“Mamas and papas are usually married to each other,” he pointed out.

“Marriages end in divorce,” I responded.

“Not all of them! Fuck, Dee. Anyway, relationships end too, but not ours.”

“Are you afraid of what could happen to us?” His voice sounded unbearably gentle.

I considered his question for a minute. “Yes, honey. Aren’t you?”

“Yeah, okay, I’m scared. I’ll admit it. I know you don’t want to be trapped in the house, and I’m afraid you’ll blame me for throwing a monkey wrench in your career. I’m afraid I’ll come home one day and you’ll be gone with Shannon, and I’ll have to fight you in court just to see either of you again. That would drive me crazy, Dee. I mean really.”

I saw his point, and I felt like holding him and kissing away his fear. I even wanted to sing him a lullaby to convince him that I wasn’t planning to leave him for the sake of one stupid job. Jobs can be replaced.

Negotiations in lesbian relationships often take a very different form, or at least they did when same-sex marriage wasn’t legally possible in any country. (Note that Gertrude Stein famously asked Alice B. Toklas to be her “wife” in a metaphorical sense in the early 20th century.) Closeted lesbians have traditionally referred to their Significant Others as “friends,” and the boundaries between actual friendships between women (which might be flirtatious and/or emotionally intimate), hookups, friendships-with-benefits, and the kind of Passionate Love Affairs that drive the plots of operas have always been slippery. 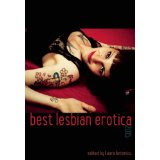 In my story, “Naming It” (in Best Lesbian Erotica 2015, edited by series editor Kathleen Warnock and guest-editor Laura Antoniou, from Cleis Press in the US), Tam is comforting her old friend Deirdre the morning after a messy scene in the local lesbian bar. Deirdre was planning to move in with her girlfriend, a notorious flirt named Paulie Diddle, then discovered Paulie getting too close to a new acquaintance in a cubicle in the women’s washroom.

Tears welled up in Deirdre’s eyes. “Jesus, Tam, do you think I’m a complete fool?”

This was clearly a time for diplomacy, but it was also a good time to seize the moment. Tam gathered Deirdre into her arms and rocked her. “Honey,” she said into the fine, wavy, honey-colored hair that grazed Deirdre’s shoulders. “Paulie’s the fool, not you. She’s the one who lost out.”

To Tam’s delight, Deirdre didn’t slither away, as she usually did. “Thank you,” she said, nestled against Tam’s collarbone. “For not saying you told me so. I know you thought I should go slow, and I didn’t. I wanted a home and a serious relationship, you know? We’re not kids any more.”

While Tam was still gathering her thoughts, Deirdre shifted her position so she could look her old friend in the eyes. “Did you call me honey?”

Tam saw her dark eyes and strong features reflected in the troubled grey pools of Deirdre’s. “I did, and I could call you other things too: sweet thing, baby, angel-face.”

Something rippled through Deirdre’s supple body. “Always joking, that’s you,” she said. “That’s why we could never really be an item, even though you’re my best friend. Sometimes I wish--.”

Deirdre’s phone rang for the sixth time that morning. She glanced at it, saw the name “Paula Diddle” once again, and made a visible effort to ignore the sound.

“Good girl,” said Tam. She tightened her embrace and kissed Deirdre on the lips before she could pull away.

“Ummph,” said Deirdre. Tam held her close and slipped the tip of her tongue between Deirdre’s lips.

Deirdre broke the kiss. “What the fuck, Tam?” she asked. Tam knew how Deirdre sounded when she was really angry, and this question had a different tone. She was curious, even intrigued.

“What do you think, baby?” responded Tam the seducer. “Let’s try it.”

In her current state of distress, Deirdre lets herself be seduced, but then tells Tam that this event was a fluke, a lapse from the status quo of their relationship. Deirdre says they should agree to stay apart for a month, but Tam negotiates this period down to one week. They agree to meet in a popular coffee shop for a summit meeting on a particular date.

Over cappuccinos, the friends discuss the terms of their new relationship, which Tam calls a “love that was meant to be.” Deirdre considers it a reckless experiment because if Tam is promoted to the role of Lover, Deirdre will have no emotional backup in the form of a best friend. Nonetheless, she admits that she has loved Tam for years, and she agrees to name the connection between them for what it is.