I recently returned from two weeks in Italy. I had a wonderful time – sea, sun, sightseeing - but met with one major disaster. My kindle died on Day 2. Now, I do have the kindle app on my phone so could manage more or less, and of course there are audiobooks to fall back on. But my kindle… I was bereft.

I desperation I wandered into the book swap library at my hotel. You know the sort of thing, guests dump a battered paperback they’ve finished with and take something from the shelf in exchange. I didn’t have anything to leave behind, unless you count a dead kindle, but I availed myself of the facilities anyway. I found a Nora Roberts time travel romance and devoured that. It was good, the usual sort of thing. As was a Regency romance by Eloisa James. My sort of fodder, tried and tested. 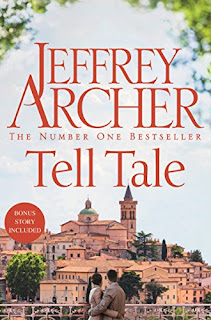 Venturing off my beaten track somewhat, I also found Tell Tale, a book of short stories by Jeffrey Archer and decided to give that a go. Years ago I read and loved First Among Equals, Kane and Abel and so on, and I do like Archer’s story-telling style, even if his politics and attitude towards the concept of truth are not entirely to my taste.

Tell Tale didn’t disappoint. It even contains a couple of stories that are just 100 words in length – no mean feat if you ask me – and one tale where Archer supplied alternative endings for the reader to choose their preferred one. No spoilers, of course, but my favourite of the short stories described a young woman hitching a lift who meets a most extraordinary elderly gentleman, but a close second was the inspiring tale of an enterprising young car park attendant.

I invariably write novels or occasionally novellas. I rarely attempt shorter stories because I find the need to dive right in to the action a challenge to say the least and I would struggle to round out my characters sufficiently to make them believable. In a short story every word counts, they all have to punch above their weight. Short story writing is a special skill, an art, and I admire it.

If you enjoy short stories, bite-sized chunks to keep you turning the pages, often with quirky characters or bizarre settings that do, in fact, mirror real life in all its unpredictable glory, you could do a lot worse than try this one. 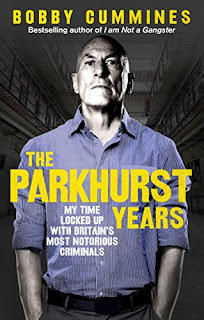 My second foray into the unknown came with Bobby Cummines The Parkhurst Years. Bobby Cummines made his living as a career criminal in the seventies and ended up in Parkhurst for his trouble. This autobiographical account describes his life inside, cosying up with some of the most notorious inmates in the UK – The Krays, IRA political prisoners, The Yorkshire Ripper to name but a few of the most famous, or infamous.

Cummines describes his life as a criminal in a way which is chillingly matter of fact, seeing his activities as just ‘a bit of work’. Violence was nothing personal, just doing what had to be done. He expresses neither remorse nor rancor at the prospect of a lengthy spell behind bars, accepts it as the consequence of getting caught. He describes serving his time, mostly in Parkhurst on the Isle of Wight but with occasional spells in Wormwood Scrubs, Maidstone or Albany. Cummines tells how he set up a successful money-lending scheme inside and steered a delicate course between rival factions and notorious villains in an environment which was both brutal and incredibly violent. He became close friends with Ronnie Kray, and with Kray’s arch-rival in London’s criminal community, Charlie Richardson. They would pop around to each other’s cells for a cup of tea and a natter. Richardson encouraged Cummines to see education as a way out of a life of crime, and that was eventually the route he took to become an acclaimed charity worker founding an organisation which helps ex-prisoners not to re-offend.

The Parkhurst Years offers an intriguing, no-holds-barred insight into an alien way of life, a world view so unlike my own, a moral compass barely recognisable. It was both fascinating and chilling. I could not put it down.