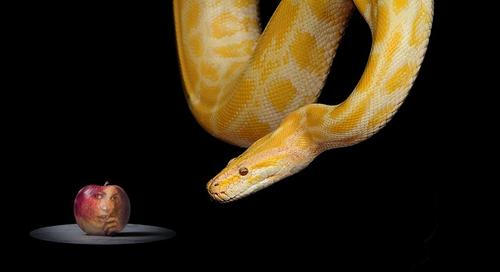 taboo (n): A social or religious custom prohibiting or restricting a particular practice or forbidding association with a particular person, place, or thing.

Every society has forbidden practices, particularly with regard to sex. Incest, bestiality, pederasty and necrophilia are among the most common sexual prohibitions. Many cultures condemn same-sex intimacy, sodomy and extra-marital sex. In some places, even today, any type of physical contact between unmarried males and females will be condemned and punished.

Humans are perverse creatures, though. We delight in breaking the rules. The more serious the taboo, the greater emotional charge associated with its violation. Fear mingles with desire to make the forbidden experience more exciting and intense than sanctioned sexual behavior.

Other restrictions are based on convention. Many readers strongly reject any tale with adulterous themes, despite (or maybe because of) the large amount of cheating that goes on in the real world.

What I find most fascinating, though, is the way taboos shift. Back in Victorian times, a flash of ankle was considered terribly improper. Now tiny bikinis that cover next to nothing are perfectly acceptable on public beaches – and Victorian-style corsets are the height of sexiness!

Two or three decades ago, homoerotic activity fell into the prohibited category. Same-sex stories often focused on first-time scenarios, and included a lot of fear, shame and soul-searching. As societal attitudes have changed and become more tolerant and inclusive, LGBTQ fiction has changed as well. The conflicts tend to revolve around other aspects of the characters and their relationship.

Kink was a lot more fun when it was verboten.

On the other hand, I’ve observed a new taboo developing around sex without condoms. I subscribe to Selena Kitt’s Excite Spice newsletters, at least partly to see what other people are publishing and what sub-genres seem to be popular. At least once a week, I read a blurb about some well-endowed guy “taking” a woman “hot, hard and unprotected”. Of course, bare-back sex is fundamentally more enjoyable than sex with a condom, but it seems that to post-AIDS readers, it is also breaking the rules and thus has acquired a new erotic charge. Personally I find this emphasis a little peculiar, since almost all the sex I’ve had in my life has been “unprotected”, but for the generations who came of age in the nineties and after, unprotected sex is forbidden, risky and exciting.

This started me pondering the question of whether I could write a story about a society with taboos against using condoms. Perhaps the elders in this society believe that fertility is sacred and that women are divinely intended to bear children. In such a world view, creating a barrier between sperm and egg would be viewed as thwarting the will of the Creator, as well as offering opportunities for women to indulge in sex for pleasure rather than for procreation.

Wait a minute... this suddenly doesn’t sound so original...

I’ve penned a few pieces where I’ve played with the idea of how taboos develop. In Quarantine, after a devastating, AIDS-like plague apparently spread by gay men, M/M intimacy has become illegal and invisible. The US has succumbed to nostalgia for the fifties, heterosexual sex is the only kind that officially exists, and simply having a genetic predisposition toward homosexuality means indefinite imprisonment in a remote internment camp.

My scifi short Trespass (in the altruistic erotica collection Coming Together: By Hand) involves a society in which everyone wears gloves. Fashions display large amounts of skin, but bare-handed contact is strictly forbidden – and thus unbearably arousing.

Then there’s incest. The original prohibition against inter-familial sex supposedly derives from the dangers of inbreeding. In a world (like today’s) where fertility can effectively be controlled, is there really any reason for brothers and sisters not to get it on?

Sometimes I rage against taboos that limit what I can publish. On the other hand, if all the rules were to suddenly vanish, that might have a negative impact on my imagination. I could still write about sensual pleasure – but pleasure can be so much sweeter when it’s forbidden.