Sex and Technology - Sunshine and Shadow 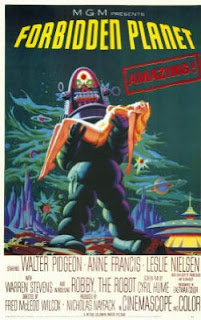 I suspect that these are the sort of notions that first come to mind when someone brings up the topic “Sex and Technology”. These notions are not new, but they continue to be compelling. William Gibson, Bruce Sterling and Neil Stephenson have left their marks on our psyche. The real world is just beginning to catch up.

I’m more interested in, and concerned about, the impact of biotechnology on the sex of the future. Of course, biological innovations have already had a massive effect on the nature of sex and its relationship to society. “The Pill” dramatically altered the sexual landscape for women, giving them the kind of freedom men had enjoyed for centuries. Sexual reassignment surgery allows individuals to remedy what they see as nature’s errors, which trap them in the body of the wrong gender. Viagra may be the stuff of jokes and an endless generator of spam, but it’s a genuine boon for many men – and couples.

Scientists are learning more every day about the brain and its functions. The mechanisms of pleasure are well on their way to being mapped. The brain centers for appetite and addiction have been identified. Just a few days ago, I read about some recently-discovered molecule that can selectively erase memories. Anyone who has seen the film “Eternal Sunshine of the Spotless Mind” can’t help but wonder at the implications.

I’ve said it so many times before that my readers are undoubtedly bored, but I remain convinced: arousal begins in the mind. Imagination is the ultimate aphrodisiac. So what will happen when we know enough about the mind to manipulate not just the physical aspects of desire, but also the psychological? Will we experience ever more explosive orgasms? Will we be able to save marriages by artificially inducing mutual attraction? Will fantasies and fetishes become obsolete when a pill can awaken lust on demand? What will happen to flirtation? To innuendo? To all the social complexities that we’ve erected around sexual thoughts and feelings?

Then, of course, there is the darker side. In this future that is rapidly approaching, desire may not be an individual choice. Even today, there is talk of castrating sexual offenders in order to blunt their desire and, arguably, reduce the danger they pose to society. How much more effective to simply change their brain function so that they are unable to become aroused.

Perhaps such interventions might not be limited to criminals. We all know that there are forces, powers, who believe that any non-procreational sex is evil, and who would love to enforce that belief on the those of us who disagree. Put the technologies that will undoubtedly grow from today’s explorations in neuroscience into their hands, and desire might disappear altogether.

I’m a sexual Luddite, I guess. I can see the appeal of cyber-sex, using words to stir your partner’s imagination. Hey, that’s what I do all the time, as a writer. But I’m not really interested in fancy sex toys that vibrate in tune with my iPod. Actually I don’t even have an iPod. I don’t want a perfect fuck-toy of either gender; I’d rather have a real, flawed man or woman in my bed, warts and all. I’m all for a relaxing glass of wine but I don’t want a drug that will artificially turn me on. I’m a sentimental traditionalist when it comes to sex. To be honest, I worry a lot about what technology will do to the glory of genuine desire in the not so distant future.
Posted by Lisabet Sarai at 3:00 AM

Email ThisBlogThis!Share to TwitterShare to FacebookShare to Pinterest
Labels: biotechnology, neuroscience, The Antidote