Make a difference in your own way ...

"We do not inherit the Earth from our ancestors: we borrow it from our children." ~ Ancient Nation American Proverb 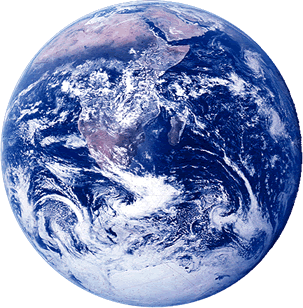 Like my fellow Grippers, I tend to look at charity and giving from two view points - local and worldwide.

For me, I have always had to balance what I would like to do to help - bring about world peace and a utopia - with what I can do.

A few years ago, I picked out my "charities" and started donating, and I have held to them ever since. Every year, I figure out what I can give, saving what I can along the course of the year, and I decide which of the charities gets how much.

I give to the World Wildlife Fund, the National Wildlife Foundation, and Conservation International, to name a few.

I admit it, I am a bit of a tree hugger. As a biology major, I have been exposed to a lot of information about the planet, ecology, and the need for conservation of species. Which is part of why I have chosen to send my donations towards such efforts. The other reason is very simple - I want my grandchildren, and my grandchildren's grandchildren, and so on, to be able to admire the beauty of a tiger pacing, to smell the sweet scent of a orchid, to snorkel and have a manatee come upon them to play. 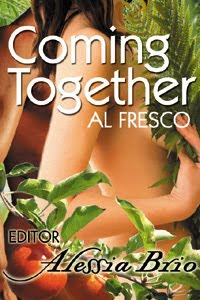 Species matter! And the preservation and conservation of species is important, which is why I was thrilled to be selected to take part in the Coming Together: Al Fresco anthology to benefit Conservation International.

Each species plays an integral role to the health of the ecosystem in which it lives, and the planet as a whole. One professor explained it very simply. The planet is a game of Jenga. We can remove blocks here and there, and it will still stand. A bit shaky, but it stands. Yet there will come a block that will destabalize it to such a degree that the tower collapses.

We tend to focus a lot on the things that matter to us as humans; Aids research, breast cancer, heart disease, relief efforts. And I do not disagree that there is a need for such. In fact, I also support such efforts when I can. But the planet, and the species on it, matter too. Which is why I give what I can to aid conservation efforts; money, time, and support.

As for my local charitable work, I volunter at a nature center which helps to rehab injured wildlife. It is messy, smelly and in some cases disgusting work since I am cleaning out cages, helping change bandages and cutting up mice and rats for the injured raptors to eat (since that is what I tend to do when I am there - work in the raptors room). But when I leave, I always have such a sense of doing something that matters.

After all, how many people can say they have been glared at by an injured redtailed hawk that is sitting in the backseat of their car in a pet carrier (was transporting him to the center for treatment), or dive bombed by owl and hawks and the occasional falcon while taking them food. I've also stood inches away from an owl and shoved bites of chopped up rat into its mouth, and helped to keep an eagle from biting another of the volunteers while we checked his wounds over. (Just to name a few highlights LOL)

My husband and our daughter also help out. And I was so proud to hear my daughter say she felt good about volunteering her time on Saturdays to help out. She wishes she could go more often, but she is seriously limited on how many hours she can give, due to her age.

I think that is what it all boils down to in the end. Whatever cause or charity we decide is worthy of our time and money, regardless is it helps local vets with medical supplies and food, or feeds millions in a foreign country, or if it contributes to the research being done on a disease, or protects the planet - we are giving what we can.

We are making a difference, in our own way.

We are teaching the next generation they can make a difference.