To Edward Lowe, with Gratitude 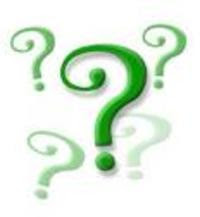 Michelle's proposed topic for this week is “History's Forgotten”. She challenged us to talk about some individual whose name may not be a household word but whose influence was far-reaching.

My first reaction was, “Duh?” I mean, if the person's forgotten, how am I supposed to produce the content for this blog post? I started racking my brain for important milestones in human history or contributions to human culture where the person responsible might be obscure. (I obviously couldn't search my memory for the people themselves—if I could remember them, they wouldn't fit Michelle's prescription.)

Then I had a brainstorm. I'd talk about Edward Lowe. Of course I didn't remember his name at the time—I had to look it up—but I knew that he was a worthy subject, someone who had an enduring impact on society but who has been largely forgotten. Why? Because in 1947, in the small town of Cassopolis, Edward Lowe invented kitty litter.

Those of you who do not have cats are likely sniggering. Kitty litter a significant contribution to civilization? Those of you who are fortunate enough to share your lives with creatures of the feline persuasion, though, will know that I'm right. Clay-based cat box filler is not quite a gift from the gods, but it's close.

My husband tells me that when he was growing up, kitty litter didn't exist. His family were staunch ailurophiles, and they used sand or shredded newspaper. Both became heavy and acquired a serious stench after only a few deposits. Clay litter, in contrast, absorbs liquids and neutralizes smells to a much greater extent than alternatives. Furthermore, cats really seem to enjoy digging among the lightweight clay granules.

Most of DH's childhood cats lived partially outdoors, so the problem was only serious in the winter. In contrast, our cats for the past twenty five years have been indoor only. Without kitty litter our lives would have been unpleasant indeed!

In the eighties we spent two years working in Thailand. We brought our two cats from the U.S. to live with us in our apartment. Although pet cats were not that common, one supermarket that catered to expats did sell kitty litter. We used to buy it in bulk, half a dozen ten pound bags at a time.

Halfway through our stay, however, we experienced a crisis. The supply of cat litter dried up. We tried every source we could think of—there was not a single bag in the entire city of Bangkok. We experimented with various substitutes: newspapers, sand, aquarium gravel. The cats made it clear that they were not amused. They preferred the floor (fortunately ceramic tile) to their box. We had a full time maid (ah, those were the days!) but nevertheless the situation was distressing for all involved.

Finally, in desperation, we decided to take a weekend trip to Singapore. Although the city state is only a few hours from Thailand, it was an international destination and thus we were each permitted twenty kilos (more than forty pounds) of luggage. We packed our clothes in one small backpack. When we arrived, we bought two big suitcases with wheels. Then we visited the supermarket near our hotel and bought every bag of litter they had.

We were very nervous coming through customs on our return. We were not carrying any contraband; there were no laws against importing cat litter. However, if the officials decided to check our bags, would they really believe our story? Eighty pounds of cat litter? We had visions of them slicing open the bags to check for drugs or other illegal items. We had nothing to hide, but we terrified we'd lose the litter we had spent so much time and money acquiring.

Of course, the cat litter drought ended soon after we returned. We didn't mind. We had a three month supply of litter and a good story.

Edward Lowe epitomizes the American entrepreneurial spirit. He was working at his father's company, which sold industrial absorbents, when a neighbor came by asking for sand to put in her cat box. Edward offered her some clay granules instead. She came back the next day, raving about how much her cat liked the non-traditional filler, how it reduced the odors and how the cat didn't track it around the house like the ash she had been using.

Edward saw an opportunity. He packed the clay granules into brown paper bags and sold them at the local market—65 cents for five pounds. Actually, he began by giving them away. Before long, though, the demand for his cat litter far outstripped his ability to supply it. The product was so superior to the options it replaced that it practically sold itself.

Ed started visiting cat shows, where he cleaned hundreds of cat boxes each day in exchange for a booth to display his new product. Crossing the country and visiting pet shops, Ed continued to sell Kitty Litter Brand from the back of his 1943 Chevy Coupe. Cat owners all over America soon fell in love with the product's odor control and absorbency. He founded the Tidy Cat company, which for years was the largest supplier of cat box filler in the world, with over $200 million in annual sales.

Yes, history may have forgotten Edward Lowe, but he has made his mark. Whenever Blackness or Mr. Toes start scraping in their box, I'm going to remember Ed, and give thanks for his ingenuity. 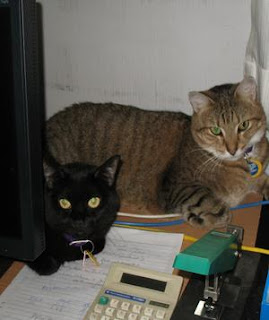