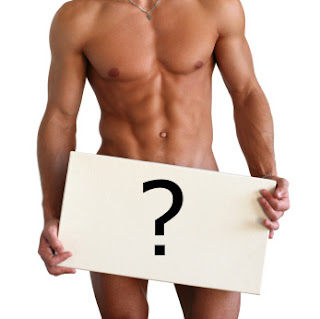 Ah, titles. Almost every author I know kvetches about them, getting them right, searching for the perfect one. I don't count myself out of that number. There's been many a time I've thought of the "perfect" title...only to discover that five authors before me thought the same thing. So frustrating.

But I have shown a propensity for writing a story after thinking of the title FIRST...and not just once, but several times. Let me do a quick recap....

A Pint Light was my first title-before-the-horse, and it was a doozy. I saw the call for vampire submissions three days before the due date (which was also incidently the day I was leaving on a three week road trip with my kids). And thought to myself, since most of the genre is dark and angsty, wouldn't it be fun to do a lighthearted vamp tale? The title then popped into my head, which then conjured the opening scene...and I was compelled to write it (and finish it..in two days).  I now have a series arc of 5-6 stories, all from that little title. And all the subsequent titles were very easy to come up with as well, thankfully!

Soon after, I was contemplating writing a holiday themed story, and began trying to think of a plot, to no avail. So turned my mental energy to thinking of a theme by using holiday songs. When Silver & Gold came to mind, I stopped the search. I could immediately picture Silver (the older guy discovering to his horror he's going grey) and Gold (the young, hip blond colorist who refuses to fix it for him). It practically wrote itself after that.

My almost-done current WIP was another title randomly popping into my head...that took me into a completely different genre! One day I was letting my mind wander and thought about how sometimes titles are overly cerebral or clever, and why not just put it out there right off the bat, with SEX in the actual title?? Sex On Sabbatical had a fun ring to it, but to my surprise, it conjured up, not two guys (as I had been writing to that point) but an older professional woman having a fling with a young guy. Huh? Okay...back to girl parts, and as long as I'm going to be there, might as well enjoy...built a four story series, Seasoned Women, from that single title idea.

Another in that series was a no-brainer once I'd decided on the "seasons" approach. Let's see...spring. Spring Training, of course. And that would mean a ballplayer and a teammate's mom. ;)

I'm a sucker for submission calls, love the ideas that spring to mind when I read them (whether I end up submitting there or not, they are inspirational to me for some reason). The second book I wrote came from on of those. Last spring, I had read a publisher's call for "Drink" theme stories, and in another of those weird mental synapes connections, the name Wet Your Whistle flashed neon in my head. Wrote it, finished it, and sent it off on April Fool's Day 2009. Quick rejection. Mothballed it to write more polished stories and just went back to revisit it around the holidays. Added 5K and did a LOT of cosmetic work on points of view, and lo and behold, got a contract offer for it on...karma drum roll please....April Fool's Day 2010.

Unfortunately, all my titles weren't so easy peasy. A few I was pulling my hair out over, pesting my friends and betas, and generally driving myself and everyone around me crazy over.

My latest release, A Detour Home, went through several working titles including Rough Road Home, before I realized that, oops, I already have a "Rough" title. Literally came down to, what do I put on the contract paperwork? before I settled on the final title. Even then, I put it to a vote between my editor, my beta, and an author friend. It was 2 out of 3 for ADH, so my editor and beta prevailed. ;)

Sometimes I know what I want to have the title be, in theory. But coming up with the particulars can be difficult. For example, in this summer's paranormal release about a were and a rocker, I wanted the name of his band in the title. But coming up with a band name that's, a) interesting and catchy, b) not taken in real life or in fiction, and, c) something that also works as a title, is VERY difficult! After much angst, I finally settled on One Wish for the band and One Wild Wish for the title.

After all, there's very little new under the sun, and, along with character names, pen names, plot devices, and physical descriptions, titles are also hard to keep strictly original. But it all how you weave it all together, and a good title provides the perfect frame for your creation, whether you wander about with your art, looking for a frame, or carry around the frame, looking for something to fit inside...
Posted by Stacey at 2:04 AM