It's rather odd, but I haven't ever really had a problem coming up with titles. It's just one of my quirks. 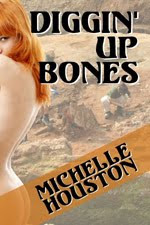 Take Diggin' Up Bones for example. I first heard Alisa talking to me, whispering that Zach Bradford was a part-time archeologist and full-time pain in the ass. That's all I had beyond knowing that the title would be Diggin' Up Bones.

Then there was the story I wrote as part of a multi-author anthology. I knew that I wanted to have the ability for a character to go back in time and re-do life the way it should have been. The title – The Life Not Lived.

I also knew before I started writing it that my first ever historical was going to be called Her Majesty's Maiden and feature Queen Elizabeth I of England and her lover. (This story will be coming out later in 2010 from Phaze) 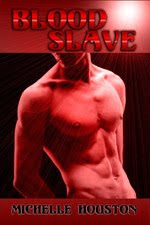 When I wanted to write a bit of a different take on the vampire genre, I created a virus that blinded them, making the apex predators a little bit vulnerable. They were also highly kinky, and in to playing with humans. Blending the two together, they use humans as a seeing-eye-dog fill in. The title perfectly fits. Where the Blind Leads.

When I decided to do a sequel and publish the two stories together under one title, I played around with the concept again, and made a human male who was submissive become infected with the vampire virus. He was turning blind, and into a vampire. Yet he is still a sub. The title for the sequel is Leading The Blind. (They are published together as Blood Slave). 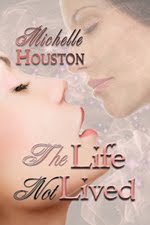 Unfortunately, I do have problems coming up with stories to fit all of the titles I have come up with.

Because I tend to be fairly quirky about titles, I have been asked several times by friends for title suggestions.

Among these has been D Musgrave's:

Sexual Healing (for his series about a sexual surrogate psychiatrist)

Both of which you can find on Phaze
Posted by Michelle Houston/Houston Michaels at 9:00 AM