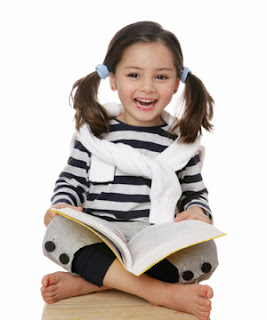 You never know how things will turn out. When I was in grade school, in the early days of the U.S. space program, I wanted to be an astronaut. I liked science and math and I loved reading Isaac Asimov and Robert Heinlein. What other qualifications did I need? I was devastated to learn that I would disqualified by my extreme myopia and the total absence of arches in my feet. (It never dawned on me that my gender might be an obstacle as well.)

In high school, Watson, Crick and Franklin had just deciphered the genetic code and I was determined to become a molecular biologist. My role models were Marie Curie and Jonas Salk. I imagined myself in the lab, making world-shaking discoveries to benefit mankind. Then I had the chance to do a summer internship in a food chemistry lab and discovered how incredibly boring laboratory research could be.

As I entered undergraduate school, my goal was to be a doctor. I took all the required pre-med courses, but the more I got to know my fellow aspirants to medical school, the less sure I was that I was on the right path. Meanwhile, I took some experimental psychology courses that suggested we were on the verge of understanding perception, planning and memory. I switched majors and got my next three degrees in cognitive experimental psych. At the same time, I started to study computers and programming, since computer modeling had become a popular tool for testing psychological theories about human cognition.

Two years out of graduate school, I was burned out on psychology research. All I seemed to be accomplishing was producing publications. I yearned for a more practical, useful career. My computer courses came in handy when I applied for a job as a programmer. It was love at first coding. I discovered that I had an aptitude for developing software. The disciplined, step-by-step approach I had cultivated during my years as a researcher was a huge advantage in the software arena. Meanwhile, I loved the fact that I could take my ideas and turn them, almost magically, into an artifact that could have concrete, beneficial effects in the real world.

Then my husband (whom I had acquired along the way) and I got offered a two year contract teaching computer-related topics in Thailand. All of a sudden I was back in an academic setting, where I'd spent so many of my earlier years. Skills that I had expected never to use again—reading, writing and editing technical papers, planning research, doing statistical analyses—suddenly became relevant once more.

Back in the U.S., I returned to software engineering, this time at a higher level, as an expert consultant. But at the same time, my husband and I developed a software product of our own and established a company to market it. Now in addition to producing code, I was writing user manuals, advertisements, brochures and demos. I was attending trade shows and talking to potential customers. As the treasurer of our small corporation, I was also paying bills, filling out government forms, and dealing with tax issues.

In 1999 I published my first novel. I don't think that my career exploits up to that point had much to do with my aptitude for writing smut (though the heroine of Raw Silk happens to be a software engineer). However, many of the other skills I had acquired in my professional life turned out to be amazingly useful.

My computer knowledge obviously helps in today's world of on-line promotion. I developed the first version of my website using WSIWYG software but got terribly frustrated by the bugs and the lack of control. These days, I maintain my website manually, writing the HTML code by hand using templates developed by a graphic designer. It may sounds like a lot of work but making changes is fast, easy and most important, reliable. When I edited Cream, I was able to create a script that generated customized contracts for each of the forty odd contributors, based on a few items of information they entered in a web form. I've also considered doing some scripting to automate announcements for my blog and other news, based on my calendar.

My experience as a small business owner has made me moderately comfortable with the monetary aspects of my writing career. I have no problem keeping financial records or dealing with taxes.

Probably the most vital characteristic derived from my professional life is my relatively disciplined approach to time management. I set aside specific times for idea generation, research, writing, and promotion. Both my software and research careers helped me to develop a capacity for managing detail, which gets more and more critical daily as the world of publishing and promotion becomes more complicated.

So what happens next? I have an image of myself in fifteen years, gray-haired and frail, sitting in front of my computer and writing hot sex scenes. Given the various twists and turns my professional life has taken to get to this point, I suspect this picture may be far from accurate. But then, you never know. Maybe I've finally discovered what I'm going to be when I grow up.