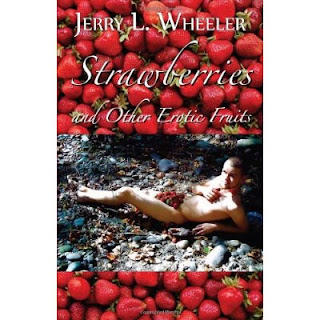 When Kathleen Bradean asked me to guest blog this week, I accepted enthusiastically, certain I’d have something to say on “elusive.” I sat down to think about it that very day and came up with…er…nothing.
I took the challenge before me to the gym the next morning, settled in on the elliptical machine and cogitated. At the end of thirty minutes, I had ellipticalled 6 miles, burned 5378 calories, sweated the equivalent of Lake Michigan into the pedals, but…ah…nothing on the blog post.
After a shower, I went home and cooked. I made marinara sauce, BBQ chicken with homemade rolls, red cabbage coleslaw and strawberry shortcake while I listened to Dvorak’s New World Symphony. At the end of this epicurean orgy, I had enough comestibles to force-feed an emerging nation but…um…no blog post.
I deliberately did not think about it for a couple of days, hoping brilliance—like love—would find me if I wasn’t looking for it. Except that by deliberately not thinking about, I was thinking about it anyway. Worrying. Debating. Wondering. Anticipating. And—like love—the results were pretty much the same. Nothing.
Panic set in. I grasped for ideas, writing down every possibility that had come into my head in the last few days. They all sucked. I had never missed a deadline in my life, and I’d be damned if this was going to be the first one. I’d never written for Kathleen before, so my reputation was on the line. If I let her down, rumors of that defeat would certainly spread. Ours is a small community, and word gets around. More was at stake than just a blog post—maybe my whole career. [KB adds: hah! as if. Jerry's work speaks for itself.] And as those paralyzing thoughts cascaded over my instincts, time ticked away.
No pressure, right?
My fatal error was overthinking the whole thing. I could always write about writing, but I knew someone else would be doing that. Ideas came and went, sure. I’m a writer, after all. I can’t help having them. But many of them never showed themselves plainly. They shimmered in my head like glimmers of illusions, hovering intangibly just out of my mental reach. They hid behind the trees in my brain—you know, the ones I couldn’t see the forest for? They taunted me with their imprecision, their limitations, their imperfections…
…and ,yes, their elusiveness.
Is there anything more maddening for a writer than an evasive idea? One that won’t sit still? Can’t be pinned down? Even more frustrating is that the idea that continues to elude us becomes the only one that matters. The obvious ones are too…well, obvious. Our desire to think of something unique often overshadows our ability to make the commonplace our own.
SHAMELESS PLUG
If I have a reputation as an editor and as a writer, it definitely includes the ability to make the commonplace idea my own—and to come up with some unique concepts as well. My erotica anthologies are different from the other jock, daddy and surfer boy anthos: “Tented: Gay Erotic Tales from Under the Big Top” (circus erotica from Lethe Press), “Riding the Rails: Locomotive Lust and Carnal Cabooses” (train erotica from Bold Strokes Books), “The Dirty Diner: Gay Erotica on the Menu (diner erotica from Bold Strokes), and “Tricks of the Trade: Magical Gay Erotica” (magician erotica also from Bold Strokes).
Additionally, my own collection of short fiction—“Strawberries and Other Erotic Fruits” (released in March from Lethe Press)—has new twists on current trends, such as “A Thirst for Talent,” with vampires who feast on musical talent instead of blood, as well as concepts totally my own, like the title story “Strawberries,” which is a love story (of sorts) between a land developer and two scarecrows and “Templeton’s in Love,” one of the most moving stories of loss and longing I’ve ever written.
END SHAMELESS PLUG
So what if a couple of people this week have already written about writing? They won’t have my approach, my take on the subject. Just thinking that alone freed me up enough to start writing and, as we all know, starting is always the most difficult part.
The moral of the story—and in one way or another there’s always a moral—is that you should never ignore the obvious idea in favor of the elusively unique one. Your own viewpoint, your innate talent, will stamp the difference on it and make it shine like no one else’s. Trust your instincts and never, never overthink. It’ll kill your creativity every time.
Thanks for your time, and thanks for asking me to guest blog, Kathleen.
It wasn’t as hard as I almost made it.