Music to Remember You By

I'm writing this on the first official day of summer and it has been a crap day for me. By the time you read this (sometime after midnight on Friday), I will hopefully have bounced back and feel like the cheerful, glass is half-full-with-a-dragon-in-it girl that I normally am. Don't know that reference? Here you go: 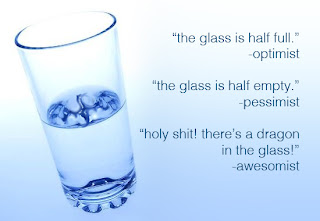 But this post is supposed to be about music, specifically my summer soundtrack. It's hard to think about summer music when I'm feeling like I haven't done a damned thing right today, but this was my topic and I'm going to try to shift gears and find that groove.

I got the idea for this week's theme from my friend (and brilliant author) Alana Noel Voth. She recently sent me a mix CD. I can't tell you how long it's been since anyone made me a mix CD, but it was probably back when they were still mix tapes. The CD is a compilation of songs that inspired her while she was writing her novel. It was a sweet surprise, all the more so because she didn't include a playlist. I couldn't stop smiling as I listened from beginning to end, never knowing what the next song was going to be. The best part was I didn't know all of the songs. There were a few-- like "Ladylike" by Storm Large-- that I had never heard before and that I loved as soon as I hear the lyrics. Old music, new music, it was just so much fun to hear how she customized the playlist.

Alana started the CD with "Bad Reputation" by Joan Jett and the Blackhearts (one of my favorites) and closed with "Cherry Bomb" by the Runaways (Joan Jett's first band). In between were songs by a lot of very talented women. And I've found myself listening to that CD over and over again in my car, replaying songs that took me back to my 80's youth ("Buffalo Stance" by Neneh Cherry) and songs that were just plain catchy and fun to sing ("Shake That Thing" by none other than Gwynneth Paltrow). And I just keep thinking-- what a freakin' awesome thing to do, to create a playlist that represents a span of time, whether it's writing a novel or a relationship or, in this case, a season of the year, and then share it with people.

So it's been a lot of fun reading about other people's musical tastes. (I have a particular fondness for "Boys of Summer," Lisabet.) While I don't deliberately choose the music I write to (it's the Starbucks soundtrack-of-the-month and serves only as white nosie most of time), I do find inspiration in songs. Most often, a particular song can pull me out of a bad mood or put me in a different mood entirely. Alana's CD makes me feel strong, competent, sexy, powerful. No wonder I've been listening to it a lot, right?

This is a roundabout way of saying I don't really know what my summer playlist will be yet. I know I'll be listening to Alana's CD about a hundred more times before the summer is over. And I'll probably be bringing out my Springsteen collection and running through those one right after another, since I'm going to see him in concert in September. Starbucks is playing a lot of Johnny Cash right now, so "Ring of Fire" is ringing my bells, and Motown is always a summer favorite there, too. But like the mix CD that came in the mail a few weeks ago, I'm quite sure I'll have a few musical surprises this summer. Songs that will take me back, songs that will carry me forward. Maybe I'll make a CD to remember the summer by. Maybe I'll even make copies and share it.

Happy Summer.
Posted by Kristina Wright at 12:00 AM