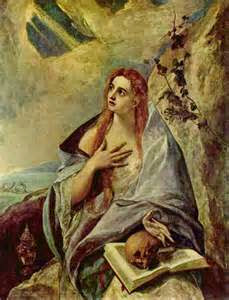 “Jeanie, if a strange man ever offers you candy, don’t take it!”

I thought the grownups in my family were worried about poisoning. I had heard of crazy people who gave poisoned candy (or chocolate bars with razor blades inside) to children at Halloween, and my parents seemed to think this was likely to happen at any time of the year. I was reminded of witches in fairy tales who offered poisoned apples to innocent children or youths.

The message was that I should resist temptation in the form of food offered by strangers. If a strange man had offered to show me a puppy instead, I probably would have accepted his offer.

The connection between food and sex didn’t become clear to me until years later.

I was about eight when my piously Episcopalian (Anglican) grandmother took me to church, and I finally understood the story of the Fall of Man. I learned that the first woman on earth effectively created sin when she ate a ripe, juicy apple which God had forbidden her to eat, much as my parents had given me mysterious warnings about men offering candy, without explaining why I should resist temptation. Not only was Eve apparently a bad child of God, she also got her brother/husband Adam into trouble by offering him the same apple, or another one from the same tree.

When God confronted them both, according to the story in the King James version of the Bible, Adam said, “The woman tempted me, and I did eat.” This excuse can be interpreted in several ways, but the way that most mainstream Christians seem to have interpreted it is that Eve tempted Adam with the fruitlike curves of her body, and he succumbed to the temptation to have illicit sex.

God was apparently so furious as a result that he condemned Eve to suffer in childbirth (after growing fat in pregnancy, as though from gluttony), he forced Adam to work for his food (i.e. Adam had to develop agriculture instead of simply picking or harvesting the abundant food in the garden), and He condemned Adam and Eve to grow old and die – which, presumably, they wouldn’t have done if they had both been obedient.

Human misery, according to this story, is a direct result of Eve’s appetite. All her female descendants were therefore under a moral obligation to try to compensate for this shameful legacy by being obedient wives to their husbands. Of course, lifelong obedience and service to the Man wouldn’t be enough to overcome his distrust, since nothing can change a woman into something else.

Please note that this ancient story has several variations and several outcomes. Nonetheless, the Anglican interpretation of the story as authorized by King James and written in the era of Shakespeare seemed painfully clear to me in my childhood.

My grandma expected me to feel cleansed and uplifted by hearing a sermon in the House of God. Apparently she felt this way herself. I felt nauseous. Emerging into the light of day, I felt as if I would never be hungry again. The consequences of eating just didn’t seem worth it.

When I was in my teens and early twenties, I could rarely walk down a street in broad daylight without being propositioned, or hearing an assessment of my body by a male observer. When I complained about street harassment to a friend of any age or gender, I was usually asked what I had done (or worn) to attract the wrong kind of attention from men. If the shape of my body was on display, I was clearly the delicious-looking poison fruit that men couldn’t be expected to resist.

When I was in university, I had a kind of acquaintanceship (not exactly a friendship) with a classmate, a thin Englishman named Joe. He used to invite himself to join me for lunch in the cafeteria, although he told me that he was too self-conscious to eat in public. He would say he enjoyed “watching the animals feed,” and I was part of the herd. He would comment on young women who seemed “fixated,” according to him, and he thought this was why they were “fat.” (He classified most of our female fellow-students this way.) He expected me to agree with him, although I was afraid that even if I were just slim enough at the moment to meet his approval, I couldn’t afford to gain five pounds if I didn’t want to be diagnosed with a psychiatric problem.

In order to be both mentally healthy and virtuous (or at least less sinful than the harlots all around me), it seemed, I had to look like a saint in a painting by El Greco. (See the image above.)

To a large extent, Western society has become secularized since the time of King James, and this process has continued since my childhood in the 1950s. As the French say, however, plus ca change, plus c’est la meme chose. (The more things change, the more they remain the same.) Intense feelings about food, sex, body shape, and the status of women are now largely defined in terms of “mental health” vs. “mental illness,” but these concepts often look like a thinly-disguised version of the old concepts of sinfulness (self-indulgence) vs. obedience to God’s laws (self-sacrifice).

In various jobs, I’ve watched female co-workers and colleagues act out a drama of temptation when they argue with themselves aloud over whether to have a slice of cheesecake or a cinnamon bun with their coffee during a break from work. “It looks so good, but I’m trying to lose weight!” Ads and commercials tempt women like the serpent in the garden by claiming that a particular new snack food is both delicious and low in calories (i.e. sin).

I try to resist falling into a Slough of Despond when I become aware of how much I weigh. I’ve gained about 30 pounds in the last 25 years, and I know in my head that this gradual change shouldn’t alarm me. It’s probably a sign that my metabolism has slowed down while my appetite has remained the same as it was in my active twenties. Even still, I can’t help feeling that something is wrong with me. As a woman in this culture, I wasn’t supposed to grow older OR fatter.

So I waver and compromise. A sweet treat can be compensated for by taking the dogs for a jog around the block. Luckily, my relationship with my female spouse (which would surely be incomprehensible to King James) makes me feel less guilty than I would probably feel if I had married Joe. That hardly bears thinking about.

Human figures in El Greco’s paintings look like tortured souls, and I don’t want to suffer any more than I already have.