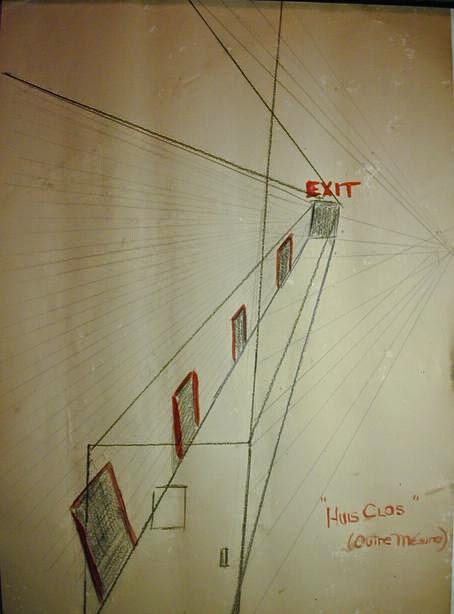 The mingled aromas of my favorite foods assault me. Saliva gathers in my mouth. My stomach growls. I want to eat it all. Confronted by such bounty, I don't know where to start.

Then I remember. I can't. I mustn't. Hunger tugs me toward the lusciously-arrayed buffets, but I must resist. Already I feel the flesh ballooning on my thighs and belly, from the mere thought of such indulgence. I run through the corridors, pursued by the scent of spices, roasted meat, caramelized sugar. There's no exit. I'm trapped.

I wake into a full-blown anxiety attack, my heart racing, sweat drenching my skinny, naked body. Calm, I must be calm. It's only a dream. I capture my bony wrist, encircling it with the thumb and forefinger of my other hand to reassure myself. I'm still thin enough. I'm still in control of that terrible hunger. I won't give in to it, ever.

I promise myself that I'll skip the slice of cantaloupe I usually eat for breakfast. Just in case. The gluttonous desires of my dream may have polluted me. Black coffee with artificial sweetener will be enough for today.

This is the nightmare of anorexia.

From the outside, anorexia looks trivial, capricious, especially compared to other forms of psychological illness like bipolar disorder or schizophrenia. “Oh,” people think. “She thinks she's fat. She doesn't like her body. She wants to lose weight. Nothing wrong with that, she's just taken it a bit too far. If she'd only start eating a little more, she'd be fine.”

The fact that our culture equates thinness with beauty makes anorexia seem almost rational. I can assure you from personal experience, though, that an anorexic is as crazy as someone who thinks she's Queen Victoria or who raves about being possessed by aliens. Anorexics suffer from equally disturbing delusions. We see ourselves as eternally fat and feel constantly threatened by our own bodies. When I was anorexic, I was possessed too, by a voracious demon whose hunger could never be appeased. 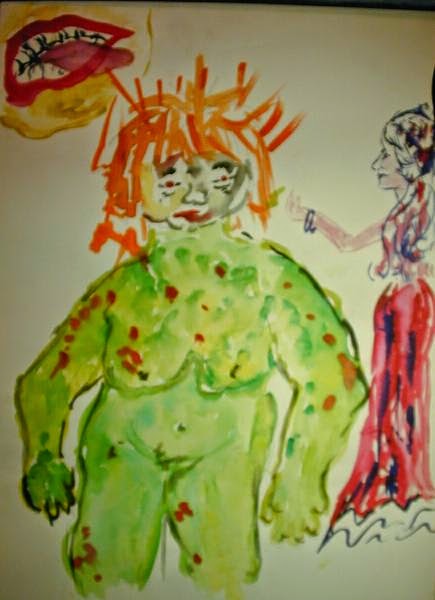 What the heck? you may be thinking. Hungry? When you're choosing to starve yourself? So if you're so hungry, then eat.

If only it were that simple.

I've come to understand that anorexia is not really about food at all. It's about control, or more precisely the fear of losing control. It's no accident that most cases afflict women in their teens, struggling to deal with all the changes of puberty and the pressures of emerging sexuality. Girls who have a perfectionist attitude tend to be more susceptible – you know, the ones who despair when they receive a grade of 98 instead of 100 or who spend hours every day practicing so that they'll make the varsity gymnastics team or the cheerleading squad or the All-State orchestra. That was me, the grind, the egghead, top of the class in every subject. We want to be good – the very best. And then we realize our bodies, our hormones, our desires are totally haywire. What we really want – oh, but it's unspeakable.

We can't control our carnal needs – indeed, consciously we might not even be aware of them – but food is something concrete, something we can manipulate and ration. We can apply the same discipline we exert in our studies, our athletics or our cultural pursuits, to cut down on the things that will make us “fat”. By depriving ourselves, we can prove how strong and pure we are. As our bodies shed the pounds, they become bright beacons advertising our virtue and self-control.

When I looked like a concentration camp victim, I thought I was beautiful.

Of course food is symbolic of other things as well. Like many mothers, mine equated food with nurturing, comfort and caring. When I rejected the (quite delicious) meals she cooked for me, I was rejecting her love. At least was the way she saw things. Meanwhile, I saw her as the enemy, trying to undermine my resolve to get my appetite under control – trying to “make me fat”.

The superficially rational aspects of anorexia and the hostility that often develops between the sufferer and those who are closest to her make the disease very difficult to treat. If the disease is about control, what is the remedy?

I can't speak for others, but my recovery started when I learned to trust someone else enough to give up control. My therapist, whom I saw for more than four years, somehow convinced me that he could keep me safe, even if I started to eat again. He was the total opposite of the Freudian stereotype, a short, chubby, jolly Latin who had no qualms about giving me a hug. I guess I fell in love with him (Freud's transference, perhaps, or maybe something more genuine). He told me once that I could do anything I wanted, and he would never judge me. “If you decided to go to the moon,” he said, “I'd be here when you got back, applauding.”

It took nearly a decade for me to learn how to trust myself with food and eat “normally”. It was during that recovery period that I was first exposed to dominance and submission. I realized recently that surrendering to my master had much in common with trusting my therapist. Like Dr. R, my master didn't judge me. He embraced and celebrated my deviant desires. When I gave him control, the fear went away, to be replaced with a special peace.

Ponticelli's was at least as good as I'd remembered. I ordered baked stuffed lobster for both of us, with a Caesar salad and a delightful bottle of fumé blanc. Jana was even livelier than usual, talking with her hands in the way she does when she's really excited. I ache to capture her birdlike wrists in my bonds and force her to stillness.

I must have been a bit drunk. Certainly I was hungry. In no time, I'd transformed my lobster into a pile of polished shell. Leaning back in my chair, satisfied and content, I noticed that Jana was not nearly so far along.

“Girl, you're not doing justice to this fine crustacean,” I laughed. “Come here.” I grabbed one of the claws from her plate, extracted a succulent chunk of meat and dunked it in melted butter. I held the dripping morsel to her lips. “Open wide,” I ordered.

If I'd consumed a bit less wine, I'd probably have been able to label her expression. Recalling that instant now, I realize that what I saw on her face was pure terror. At the time, I thought that she was simply being stubborn, refusing to part her rosebud lips.

She shook her head. “Please, I'm not hungry, Mel.”

“It's delicious. Have a bite.”

“Do I need to pull you onto my lap, flip up your skirt and wallop your skinny ass right here in front of everyone?” A spark of lust mingled with the dread in her eyes, hardening my resolve. “Do as you're told.”

I smeared some of the butter over her lips. She shrank back in her chair, away from the laden fork. “Jana,” I warned, struggling to keep my temper in check. “You're disappointing me. I want you to eat the lobster.”

She knew me well enough by then to recognize that I was not going to back down. Like a slow motion film, she opened her mouth and allowed me to place the butter-drenched meat on her tongue. I watched her chew and swallow, then presented her with another piece.

Reluctantly, she accepted the tidbit.

“That's my girl.” She favored me with a weak smile. “Again, now...” I stopped feeding her after another few bites. She looked so uncomfortable that I thought she might not be well. I wasn't terribly surprised when she excused herself to go to the ladies' room.

When more than fifteen minutes had passed without her returning to the table, though, I started to worry. I paid our check, grabbed my shoulder bag, and headed after her.

I pushed open the restroom door. “Jana? Are you all right?” After the tasteful dimness of the dining room, the glaring fluorescent lights made me blink. It took me a few seconds to locate my lover.

She huddled on the tiled floor, back to the wall, knees drawn up, arms hugging her chest. Her cheeks were chalk white. Her eyes were closed, her lips pressed into a thin line. Her green hem had ridden up, exposing her lean, pale thighs. She looked forlorn and frail, like an abandoned child. A faint whiff of sickness hung in the air.

Comprehension smashed into me like a speeding truck. I crouched next to her and smoothed the fine wheat-blond hair off her clammy forehead. “Why didn't you tell me, baby?”

Jana's face showed far more pain than it ever did when I flogged her. “I – I was ashamed. I thought that if you knew, if you saw the real me, you wouldn't want me anymore... I'm foul, disgusting, an ugly, jiggling lump of blubber...”
****

I believe I'm past the point where I'm terrified by my own hunger. Now I feel tremendous sympathy for the girls and their families still trapped in that nightmare. I'd like to tell them that there is a way out – that I escaped from that haunted mansion to live happy and healthy into my sixties. Perhaps that's a message they need to hear.

Note: the images accompanying this post are drawings I did in art therapy, during the three months I was a resident in a state psychiatric hospital.