Skirting the Precipice of Death

Our topic for the coming fortnight is "Near Death Experiences". I hate to recycle posts, but this one is so appropriate, I couldn't resist. Besides almost all the members of the Grip have changed since April 2012 when this post appeared! 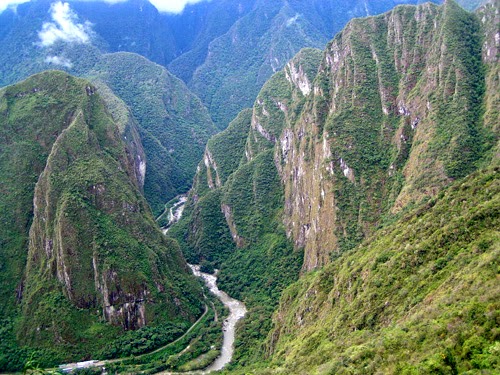 We went to Peru because, that winter, there was no snow in Austria. That fact scuttled our original vacation plans for a ski holiday. Hustling to find an alternative (I'd already secured time off from my job), we found a relatively cheap package tour to Lima. We'd had positive experiences traveling with this tour company to Jamaica. They provided airfare and lodging at a ridiculously low cost, then made their money on extras. In Jamaica it had been easy to use the hotel as a base for exploring on our own. We found out a bit late that Peru was a different sort of place altogether.

It was the early eighties, and quite frankly, the country was a mess. Vicious bands of Shining Path guerillas made overland transit perilous. Strikes and civil unrest occurred on an almost daily basis. At Lima Airport, we waited three hours for our luggage because the baggage handlers had stopped work. Rolling electricity outages afflicted the city of Lima, many regions of which we were advised to avoid due to the danger of being mugged or worse. Aside from the amazing gold museum, there wasn't much to see in Peruvian capital. In any case, we had loftier goals: Cusco and Machu Picchu.

The only practical way to Cusco was by air, and that turned out to be almost as expensive as our flight from the U.S. Nevertheless, we decided to bite the bullet and bought non-refundable round trip tickets to the old Incan capital nestled in the Andes.

Arriving in Cusco, we were informed that the narrow gauge railroad to Machu Picchu had been out of service for three weeks, due to a combination of rainy season mudslides and another strike. Apparently the strike had been settled, but it still wasn't clear whether the trains were running. We were devastated. Cusco was an astonishing place in its own right, but to come all that way and not get to see the fabled Incan terraces and the Temple of the Sun...!

Two days before we were scheduled to return to Lima, our guide told us we could catch the Machu Picchu train the following morning. We were up at six AM (a real sacrifice for my husband!) and on the train by seven. By ten AM we still hadn't left; there were new landslides blocking the tracks, we learned, that had to be cleared. When the train finally crawled out of the station, we cheered – but prematurely, as we were halted by a slide after an hour. Bulldozers were mustered, mud was cleared, the train proceeded for an hour or two, before our way was blocked once again.

Normally the trip from Cusco to the base of Huayna Picchu (only fifty miles!) takes about four hours. In our case, we didn't arrive until after four in the afternoon. The heart-stopping bus ride up the steep mountain flank, along the Hiram Bingham Highway, required another half hour. And the ruins closed at five thirty.

So we had less than an hour to explore one of the great wonders of the world. It was worth the journey, but way too short. Some members of the tour planned to stay over at the mountain-peak guest house, but our plane back to Lima left the next morning and we were worried about losing our money. In addition, my husband was showing signs of the flu. We climbed back into the bus, trundled down the side of the cliff and onto the train, and – waited.

The locomotive finally inched forward, into the inky darkness. We hadn't eaten. My husband's forehead felt hot enough to fry an egg. Although we were both exhausted, the hard wooden benches on the train were not really conducive to sleeping. I remember that trip as a kind of endless hell – creeping along the tracks that clung to the mountain side, the rain-swelled Urabamba River audible even though it was seventy feet below us. We'd stop for obstacles, wait, move, stop... My husband was hallucinating. I could have believed it was all a dream myself if I hadn't been so physically uncomfortable.

I finally must have drifted off into some kind of slumber, when an awful roar yanked me awake. The train lurched to a stop, throwing us to the sticky floor. It sounded as a building was collapsing around us.

The terrible racket finally stopped. Echoes of the tumult died away. Along with some of the other passengers, I stepped off the train to check out the situation.

A massive wall of steaming mud blocked the tracks, less than ten feet in front of the locomotive. Trees poked out of the muck at weird angles. Boulders twice as large as the stones of the Incan temples lay scattered on the narrow shelf the builders of the railroad had cut into the mountain side. As I stared in disbelief at the debris, a few more clods and pebbles clattered down from the heights on the right. Far below us, at the bottom of the cliff on the left, the rapids of the Urabamba seethed and boiled.

The railroad crew hurried us back into the train. I was in shock. If the slope had given way thirty seconds later, the train would have been buried. We might well have been swept off the track into the river coiling below.

My husband had fallen into an uneasy sleep, moaning and tossing on the unforgiving seats. As for me, I didn't close my eyes. I heard the grunt of the earth moving equipment they somehow managed to convey from further up the route, the shouts of the workmen, the background mutter of the swollen river. I was awake when the train nudged forward, rocking on its earth-dented tracks. I kept watch on my beloved, giving him water, praying his fever would break. I stared out the open window into the black night, not quite sure we'd really survived.

I watched dawn turn the terra-cotta roofs of Cusco from gray to red as we crawled down, back into the valley. We could have died. With a smidge less luck, we might have been lost in the Urabamba.

As the sun rose over the ancient city of the Incas, I found it hard to believe. I still do. Maybe the old gods were protecting us. Or maybe, that time at least, we were just lucky. 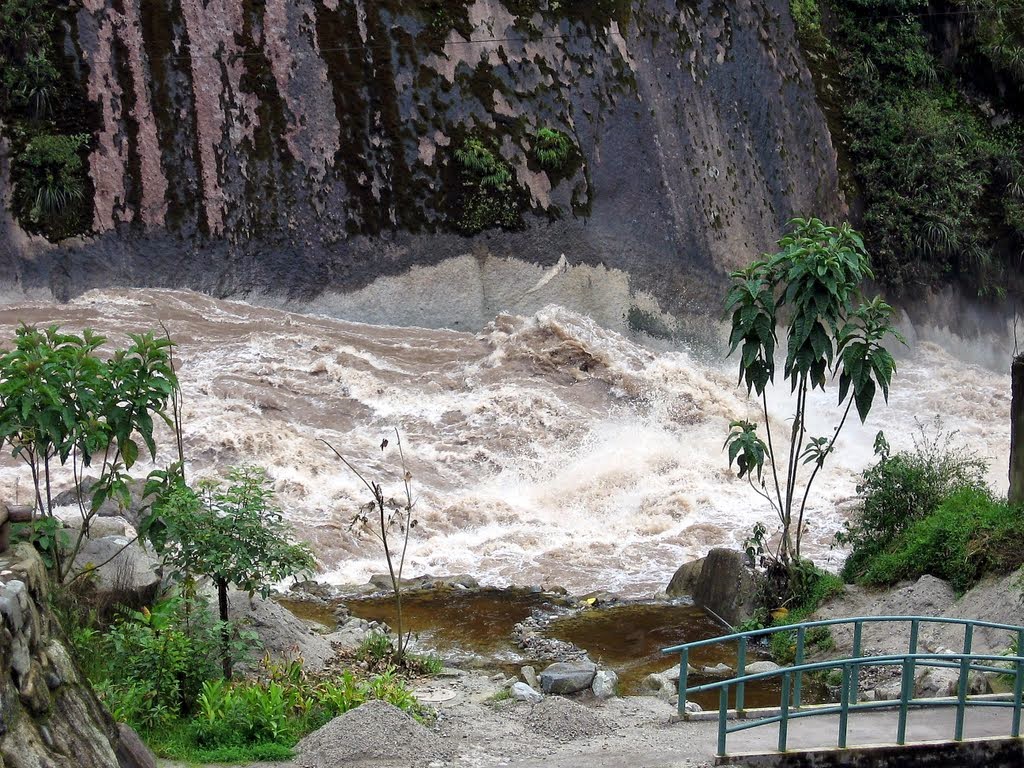