Not an Artist, but...by Suz deMello

Creativity can take many forms.

I majored in art while in college. I had desire, but, alas, not much talent. What abilities I had I didn't know how to cultivate or, to put it more crudely with a 21st century term, monetize. I created experimental works which were considered "conceptual art" at the time, but then, filming events I created was expensive and so, with my budget, all but impossible, So some of my most interesting works have disappeared--they were sculptures with a finite existence in time, just as most sculptures have a finite existence in space.

But a few drawings are still around: 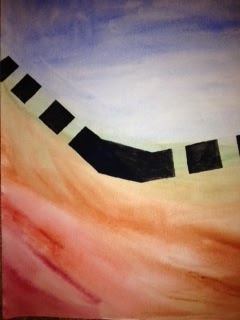 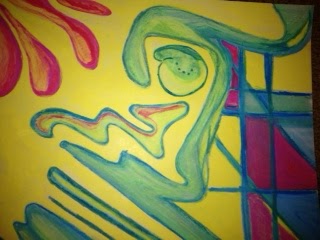 The middle one is actually my fave.

I also refinish furniture, but I tend to give that sort of thing away and haven't kept pix :(. I gave my niece an old black trunk I painted with zebra stripes. I gave my boyfriend an small chest of drawers I'd painted white and also had replaced the old drawer pulls with old-fashioned glass ones. I painted a desk red with zebra striped top and drawers with a matching chair, and gave that to a friend who was hosting a young relative--the kid needed a place for schoolwork.

So, yes, I do have other skills but don't exercise them enough. But now that winter is giving way to warmer weather, perhaps I'll refinish a chair or two.