I strip for the fun of it. Don’t let anyone tell you different. It’s not the money. I could make nearly as much working at the mill and keep my clothes on, but then I’d have to suck up to the bosses. Here at the Peacock, I’m the one in charge, and I like it that way.

Sometimes I think it’s a sort of revenge, for all the times I heard those nasty calls trailing after me: Honey Jugs, Monster Boobs, Bouncer. Not to mention those sweaty, awkward clinches in back seats, trying to please. Trying to be popular. Now they can’t take their eyes off my breasts, swinging back and forth in time to the music. Their tongues are hanging out. I can see the tents in their laps. They all want me. I know how to make them want me. I’m an expert. But I’m off limits. They can look, they can drool, they can beg me. But my job’s to turn them on and bring them to the bursting point, then send them home unsatisfied.

That’s my view, anyway. Some of the other girls think different. All in all, though, the Peacock Lounge is a pretty classy joint, not like some of the sleaze pits down near the railroad.

I love the moment when the lights come down, and the DJ introduces me. There’s this strange pause, as if I was floating. I can feel them out there, the audience, holding their breath. Then, I hear the first notes of my routine. Energy surges through me. I’m one hundred percent alive. My nipples get hard and my sex tingles when I step out onto the stage and meet their eyes.

That’s my secret weapon: eye contact. Up close and personal. I can bump and grind, shake my tits in their faces, bend over so they get a good look at the G-string settled in my ass-crack. It doesn’t do any good without my stare. I try to see their darkest fantasies. This one pictures me sitting on him, his mouth burrowing in my bush. That one wants me to hold his dick while he pees. That guy in the back, oh, he’s bad news. He aches to tie me up and beat me with his belt. Tough luck, feller. Dream on.

I’d written three novels before Exposure. Stella was a real departure for me, the first working class heroine I’d ever created. Kate O’Neill (Raw Silk), Miranda Cahill (Incognito) and Ruby Maxwell Chen (Nasty Business) all have at least masters’ degrees. Stella has a diploma from a public high school in gritty Pittsburgh. Kate and Miranda are upper middle class, while Ruby is the scion of wealth. Stella grew up motherless in a shoddily built row house, which she inherited when her electrician father succumbed to cancer.

Even physically, she’s different from the trio in my first three books. They’re all petite (like me), or at least willowy. Stella’s a big woman, tall and imposing, with a lot of flesh on her bones in all the right places. She has the body of an Aphrodite, and she knows it.

“Just a moment, Jimmy,” I say, my voice barely more than a whisper. I stand and face him, continuing the work he began on my buttons. One hand unfastens them from neckline to waist, the other from waist to hem. He’s transfixed, watching me. I see the fabric between his legs stir as he grows more excited.

My timing, as always, is perfect. The delay at each button is painful and yet he savors the wait, the building suspense. I don’t try to get into Jimmy’s head. I merely watch him as he watches me. His excitement feeds mine, and mine his, in a hot loop spiraling tighter with each breath.

I shrug my dress onto the grass. “Take out your cock, Jimmy,” I murmur. “I want to see you. Touch yourself for me.”

Jimmy needs no second invitation. In a flash his fly is open and his erection is swaying in the night air. The taut skin on the shaft shines pale in the dim light. The knob is much darker. Without taking his eyes from mine, he cups the bulb in one hand, rubbing the swollen flesh against his palm. With the other hand, he grips himself near the root and begins a slow stroking.

“That’s lovely, Jimmy.” Exposed by the half-bra, my nipples throb each time he squeezes himself. I roll them between thumb and forefinger, wishing I could take them in my mouth.

There’s no point in removing the brassiere; he can see all my charms, and the black lace contrasts nicely with my dusky skin. But the thong is definitely in the way. I can feel myself blooming, unfolding in anticipation of having that hardness inside me. I suddenly lose patience with my gradual progress. Without ceremony, I push the panties down to my ankles and step out of them.

In twinkling city light, I think I must look like a goddess: breasts like globes, thighs like columns of marble flanking the dark entrance to the mystic grotto. Jimmy is hugely erect now, but he almost looks frightened, confronted as he is by the awesome mystery of womanliness. I feel a surge of affection that nicely seasons my lust.

Stella was the first of my characters to literally speak to me. She sprang into being fully formed, unlike my other heroines, who really began as abstract concepts that I fleshed out as I wrote. In fact Exposure began as a short story called “Private Dance” which I wrote for an ERWA theme challenge—erotic noir. I sometimes wonder if that explains her vivid reality.

Exposure was also the first book I wrote that did not have a happy ending. Perhaps that’s why it has never sold well, though it has been through three publishers. Ultimately Stella unravels the web of treachery that spawned the murders, but in the process she loses her precious home—and her innocence. The novel’s conclusion is deliberately ambiguous in terms of which of her lovers, if any, she will return to. She’s damaged, her heart in some sense broken, by the deceits of those lovers and the terrible reality of evil she has encountered.

In Exposure’s three incarnations I’ve had some attractive covers, but none of them has presented Stella the way I envision her. When I was working with my first cover artist, Stella Price (at Phaze Publishing), I found this photo, which really captured the character for me. 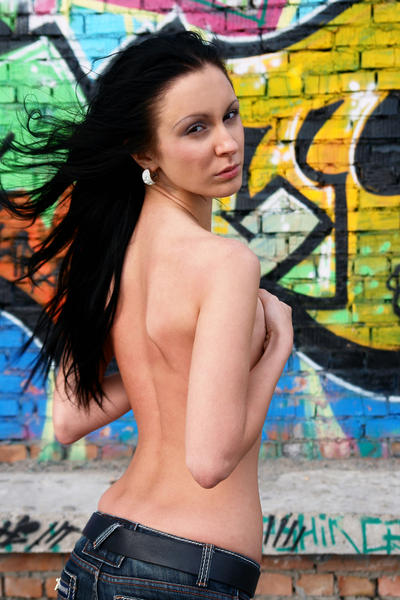 The artist told me it would be much too difficult to remove the background. The final cover for that edition was nice enough, but I’ve often wished I could have had my way. 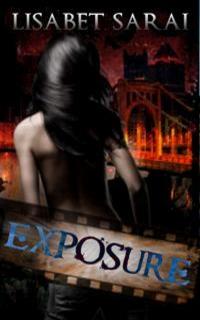 Of course now that I’ve tried making some covers of my own (including the one for the most recent, Excessica edition of Exposure) I know she was right. 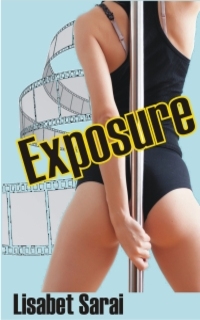 On the other hand, she has never been anyone else’s favorite. That’s too bad, because she deserves to be.

If you're interested, you can read another excerpt from the book, and find buy links, here: