The last time I checked, my “Want to Read” shelf on Goodreads contained more than eighty titles. One reason I like Goodreads (as a reader, at least) is that it provides an easy way to keep track of books that I might want to acquire in the future.

Actually, though, it’s rare that I deliberately purchase a book I’ve flagged. Instead (not necessarily by design), I tend to rely on serendipity. Most of my print books come from second hand bookstores (not counting anthologies I’m in myself, for which I’ve received an author’s copy). I’ll set myself a upper spending limit for each visit, then browse the shelves for books that catch my fancy. Even if I’m looking for something specific, there’s no guarantee I’ll find it. Meanwhile, I might happen on some unexpected gem instead.

My e-reading tends to be books my friends or colleagues have sent me for review or critique or once again, books to which I’ve contributed.

Unfortunately the result of this process is that my want-to-read list gets longer and longer! (These “what are you reading” fortnights also contribute to that problem, since my fellow Grippers almost always talk about something of interest!)

So what books have I stumbled upon recently? 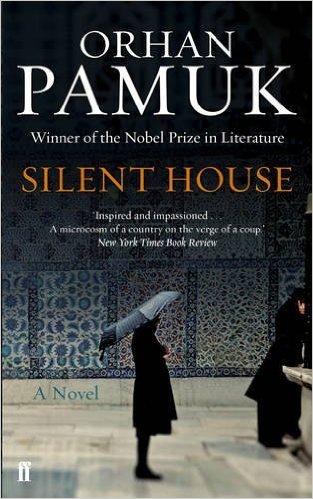 I spent several weeks reading Orhan Pamuk’s Silent House. Pamuk’s books are dense and difficult, but well worth the effort, if one measures this by those “aha” moments occasionally triggered by great literature.

Silent House is Pamuk’s second novel, first published in 1983. On the surface, it’s the story of a single family. In her second floor room, in the old house in a seaside village where she has spent her adult life, a frail ninety year old widow awaits the annual visit of her three grandchildren: overweight, alcoholic Faruk, a professor obsessed with history; his stylish, left-leaning younger sister Nilgün; and materialistic, self-absorbed college student Metin, who is saving his money to go to America and become a captain of industry. The dwarf Recep, now a faithful servant to the grandmother, is in fact her husband’s illegitimate son, crippled due to her treatment of him as a child. Teen-aged Hasan is the son of Recep’s bastard brother and a member of a thuggish nationalist gang. The overall mood is one of dissatisfaction, bitterness and decay.

Each chapter is an intimate, in many cases disturbing, peek into the mind of one of the characters—grandmother Fatma, Faruk, Recep, Metin and Hasan (but not, interestingly, Nilgün). These first person narratives come close to stream of consciousness. They portray the ebb and flow of emotion, the irrationality of thought, the occasionally overwhelming physical sensation. The effect in each case is one of intense isolation, which becomes more oppressive as the book proceeds towards its shocking and violent conclusion.

I particularly appreciated the depiction of Fatma’s inner life. She is not suffering from dementia, but she experiences the objects in her environment and especially the passage of time in an almost hallucinatory manner. I found her mental wanderings totally convincing. It’s plausible to me that when one reaches such an advanced age, so-called reality might begin to waver.

However, these distinctive, vivid characters are not the author’s deepest concern. Fundamentally, I believe, Silent House is a book about perception, memory and history. The book was published on the eve of a nationalist coup. I don’t know enough about Turkish history to appreciate the specific references, but the messages are more universal. Pamuk’s characters share a loss of connection to the past, a distrust of the present, and a sense of inferiority that leads them to actions they know are wrong, but which they cannot resist.

I was surprised that this author’s early work shows none of the typical optimism of youth. Silent House turned out to be far darker than I expected. More than once I considered putting the book down without finishing it. I’m glad I didn’t yield to my discomfort. That’s part of the point of this novel. 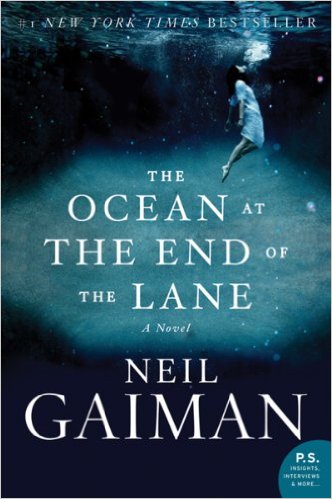 Another second hand find I’ve recently enjoyed is Neil Gaiman’s The Ocean at the End of the Lane. The central character in this dark fantasy is a perceptive, bookish seven year old boy, but this is definitely a book for adults. It captures both the wonder and the terror of childhood, and reminded me that no matter how old I become, the child that I was still lurks inside me.

A middle aged man escapes a funeral and finds his way to an ancient farm near the house where he grew up. Sitting by the edge of a duck pond, he recovers a long lost childhood memory, of the time when he stepped over the edge of the familiar world into a place of heart-devouring monsters and magical illumination. The old farm houses generations of women who claim to be equally ancient, women who provide food and comfort but who ultimately cannot save him from his destiny.

Vividly imagined and gorgeously written, The Ocean at the End of the Lane is a delight from start to finish. Plus it is full of truths that you’ll recognize immediately--even if you've never considered them before.

As Lettie Hempstock, who lives on the farm at the end of the lane and looks like an eleven year old girl, says:

‘I’m going to tell you something important. Grown-ups don’t look like grown-ups on the inside, either. Outside they’re big and thoughtless and they always know what they are doing. Inside they look just like they always have. Like they did when they were your age. The truth is, there aren’t any grown-ups. Not one, in the whole wide world.’

I’m so glad I stumbled on this book. I wouldn’t be surprised if it becomes one of my all time favorites.